If you’ve heard of Cuphead, I’m willing to bet it had something to do with the insanely gorgeous visuals, which were inspired by 1930s cartoons. Or maybe you’ve heard of how unforgiving and relentlessly difficult the gameplay is (having just finished the game in co-op last Sunday, my brother and I can certainly attest to both points). But while the visuals and game itself may be what gets your foot in the door, I’m confident that Kristofer Maddigan’s incredibly robust and thorough soundtrack is what will keep it tappin’—long after you’ve sent the Devil a-packin’. 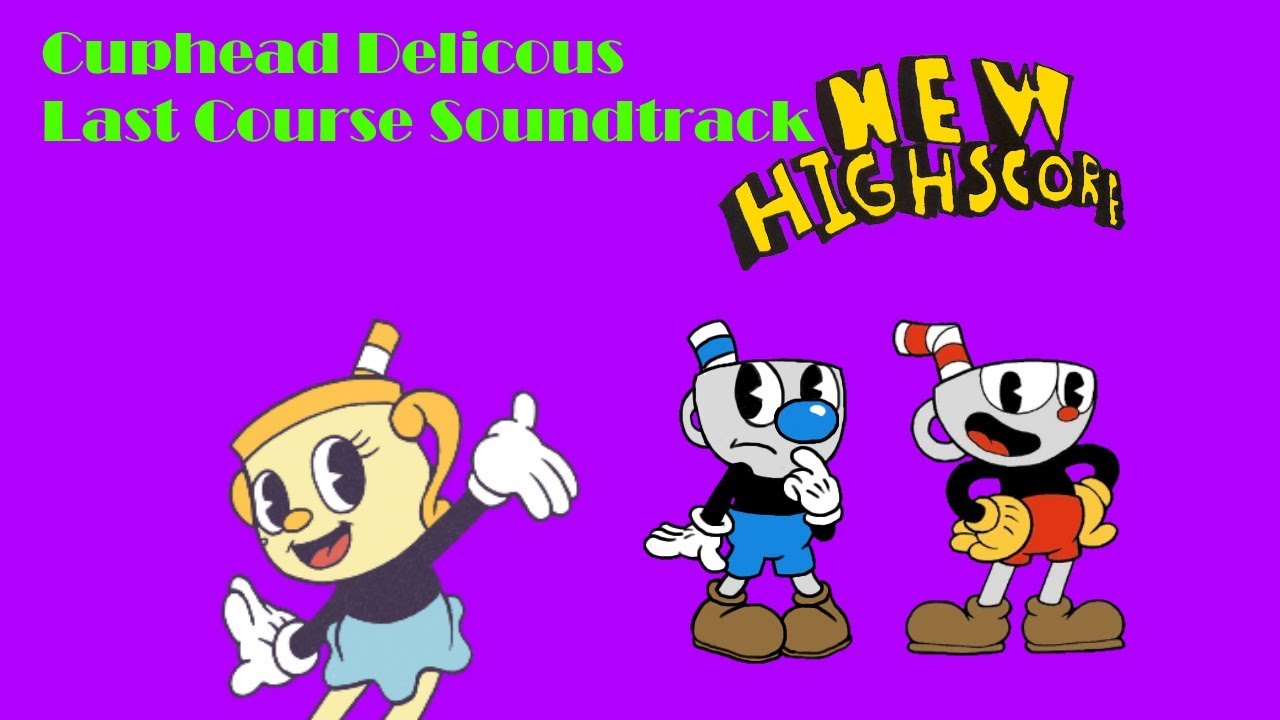 There’s a lot to say about the Cuphead OST, but I want to lay out some important details before I dive into the music proper. First, with 56 tracks clocking in regularly between the 3 and 5 minute mark, this is a walloping big soundtrack. Second, other than some of the theremin bits, the entire album was recorded live, and features a bevy of musical splendors such as a big band, a ragtime band, organ, a tap dancer, a stellar vocalist, and ‘Shoptimus Prime, a Vancouver/New York-based barbershop quartet. Finally, this soundtrack marks composer Kristofer Maddigan’s debut into not just video game composition, but (according to him), one of the percussionist’s first forays into composition at all.

All I can say is: holy cow, you and what army, Mr. Maddigan? The music for Cuphead stands on its own as simply excellent, a real musical accomplishment in terms of capturing the essence of the period styles of the era while managing to sound as fresh as a cup of—a mug of—er, you get the idea. But I’m getting ahead of myself.

The soundtrack kicks off by highlighting the excellent quartet stylings of ‘Shoptimus Prime. The opening track, “Don’t Deal With The Devil,” manages to both set the tone/mood for the 1930s-esque glory the player is about to experience and succinctly spell out the gist of the game’s narrative. The vocals are harmonically tight and buttery smooth, showing a pleasing amount of restraint that reflects the tension of the narrative and stays period-true (meaning the quartet never sways into exaggerated melisma or overly dissonant harmonies). It’s followed up by a piano reduction that’s heavy on rolling chords and sustain pedal. Just in case you wanted to hang out on the Start screen and fiddle with game options, you’ll be lulled into a (false) sense of calm.

As soon as you jump into the game proper, the track “Introduction” may just blow your socks off. The big band is in full force here, employing multiple trumpets, trombones, and a top-notch rhythm section (with percussion duties helmed by the composer himself). Trumpet and trombone solos featuring what I believe are either cup or harmon mutes add to the sheer excitement and bombastic insanity of this track. Far from lending itself to distraction, it creates a perfectly manic backdrop for the narrative unfolding on screen: Our heroes Cuphead and Mugman are in some hot water, and Maddigan’s score brings it to a boil.

The heat is turned down for the ragtimey piano that accompanies the tutorial (as greenhorn players learn to jump, shoot, duck, parry, and so-on). Likewise, beaming icon of moral goodness Elder Kettle’s theme is iterated by dulcet woodwinds, reeds, and strings, with a particularly touching clarinet solo to kick things off. Piano and tuba eventually join in, too. The track is both relaxing and triumphant, taking on a waltz characteristic and introducing one of the game’s major themes. I say soak it in and revel in it before you head out of the old cookpot’s house: you won’t hear anything this relaxing again for quite some time.

While it’s unlikely any player will hang around Elder Kettle’s house (where you begin the game) long enough to enjoy the full 5 minutes of kettley goodness on display here, it’s all the more credit to the Cuphead soundtrack. Maddigan and Studio MDHR opted not to employ interactive music for the game, and Maddigan wasn’t about to drag his feet via tracks that loop again after a minute and a half. While this sadly means that many players may miss out on variations, reiterated themes, or sprightly solos that happen later in some of the tracks, it’s all the more reason this soundtrack stands defiantly on its own as a valuable addition to your music collection.

Tracks like “Inkwell Isle One” stand out not only for their charming overworld quality, but because this is the first time we get to clearly hear one of the game’s major themes. This track uses a mix of strings, tuba, trombone, and percussion along with a kind of swung counterpoint to weave its way through a series of melodies and solos that are perfect for walking about the first island in the game. Whether you’re chatting up a financially disgruntled coin or just trying to find the next boss, you’ll feel like you’re doing it in style.

From here, the soundtrack progresses through boss music for each stage. Naturally, track 8, “Die House,” stands out—this is King Dice’s theme, sung by Alana Bridgewater. Not only is this one of the few tracks with vocals, but the understated instrumentation really gives Ms. Bridgewater a chance to shine. Her deep, almost growled singing perfectly encapsulates the advantageous position of power that King Dice wields over the Cup and Mug boys. It doesn’t sound overly threatening, but it screams “sleezy villain character” from the initial bass ostinato. It’s a playful track, but I know I found myself more and more wary of it as I progressed through the game.

I also love how “Die House” is followed up by the piano version of Elder Kettle’s theme. The dulcet sweetness of the theme is reduced to gentle, waltzing chords and an understated melody that’s just a touch sad. This, naturally, coincides with a small moment of hope that the ever-hopeful Kettle shares with Cuphead and Mugman as they continue into the thick of it.

While each boss theme probably deserves its own paragraph, tracks like “Floral Fury,” with its zany percussion and occasional polyrhythms; “Aviary Action,” which begins with a falling, descending melodic line that may foreshadow the many times you’ll be falling out of the sky; and “Pyramid Peril” (yes, there’s a lot of alliteration), which possesses a wonderful restrained-but-energized feeling and one of my favorite solos around the two-minute mark, stand out to me as major highlights through the boss themes of islands one and two.

Speaking of islands, the “place making” in the music for islands two and three is somewhat wonderful. While the overworld music for island one has a “we’re going on an adventure” kind of feel, island two’s more big-band focused instrumentation invokes the setting wonderfully (no spoilers), as does the slinkier vibe of island three. We’re also treated to a bit of fourth-wall breaking when ‘Shoptimus Prime returns on “A Quick Break,” which is sure to irk a few gamers who don’t want to take a break to practice their lindyhop, but is delightfully charming nonetheless.

One of the game’s major features involves completing run-and-gun levels with the goal of grabbing up coins, which will enable you to spend your hard-earned wealth at Porkrind’s Shop. Naturally, the music that accompanies your ’til you drop sessions is understated, featuring piano and percussion. I have fond memories of sitting with my brother and arguing the pros/cons of various items as we decided how to spend our coins. For all that time sitting and gabbing, the “Porkrind’s Shop” theme manages to aid the decision-making process rather than distract from it with busy instrumentation or an overly ambitious tempo.

Another standout boss theme is “Railroad Wrath,” specifically because Maddigan manages to coax some very convincing train whistle intervals from the brass section. The frantic ostinato that kicks off is interspersed with more melodic sections, becoming here and there more disjointed as it carries on, adding to the urgency of the last boss fight you engage in before moving on to the final area of the game. The track comes to a head a little before the three minute mark—which is a bit of a shame, if only because most gamers may not live long enough to hear it.

I also really enjoy “The Airship,” and not just because of the not-so-subtle hat tip to Final Fantasy composer Nobuo Uematsu sprinkled throughout the piece as an intro and turnaround.

The subdued, creepy vibe of “Inkwell Hell” perfectly sets the stage for the final and likely most challenging boss encounters in the game. The original theme floats ethereally over a shifting chordal pattern, the bass moving by chromatic half-steps as if to tell the player to tread with just as much care. “The King’s Court” sounds extremely, supremely familiar to me, probably because I died about six thousand times trying to complete this section of the game. Despite that, I’m still not sick of it. Almost immediate soloing and a sprightly, swung beat will hopefully give players enough gumption to yank up their trousers and give the battle as many goes as it requires.

Finally, “Closing Credits” eases into a slow tempo big band vibe that sees Alana Bridgewater returning to lay down the vocals closing the narrative. The piece itself develops slowly and with plenty of finality and gravitas, capping celebratory intensity underneath a pleasing feel of restraint. Players have speculated as to whether this final track is narrated by King Dice or serves as a setup for a follow-up game.

Suffice to say, when Ms. Bridgewater says, “That’s all there is; there isn’t any more,” you may find yourself pining for more of the album’s big band inflected, ragtimey goodness and starting all over again.

When I was discussing this album with one of our Editor-in-Chiefs, a phrase that came up was that it feels like “whatever the opposite of ‘phoned in’ is,” and I think that holds true. As Maddigan’s first outing with video game music, it’s an incredibly unique, robust, and highly personalized collection of music that—like the game’s aesthetic style and gameplay—goes way above and beyond what we were expecting.

This is an especially great choice for music-lovers because of the way it’s composed. There’s no looping here: each track has a beginning, middle, and end, making it ideal for sitting and listening. Likewise, Maddigan’s efforts are almost over-prepared, with most tracks running through the four or five minute mark, giving them plenty of punching power.

Regardless of how you feel about the game itself, the Cuphead OST is one of the best collections of music I’ve sat down with in a long time, and may stand out as one of the better soundtracks of 2017. Between its live, improvised solos; subtle but confident employment of recurring themes; and lengthy compositions that take time to shift, grow, and develop, this soundtrack is really just the bees knees. If more game soundtracks were tooled and crafted with this same kind of loving care, the industry would be all the better for it.

Do you agree with the review and score? Let us know in the comments below! 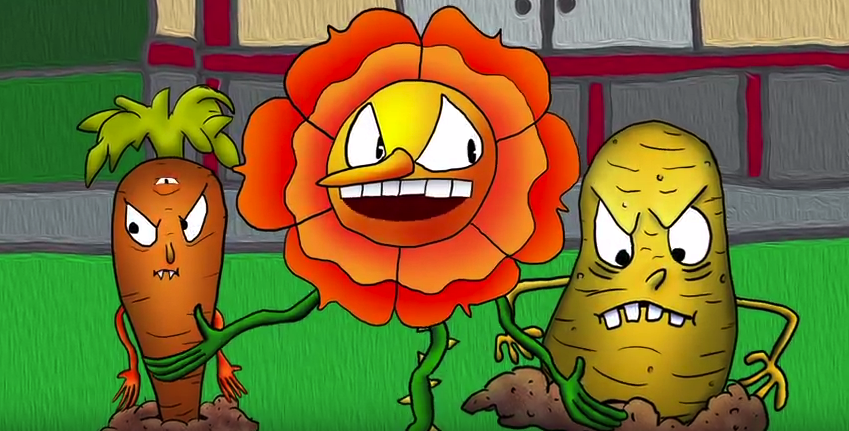