Deadly Cells continues to rack up the sales, now hitting 3.5 million units sold worldwide. Those who have the game can look forward to even more content in 2021 with the Fatal Falls paid DLC, which is detailed in full below.

Motion Twin and Evil Empire announced the twenty second major update to the award-winning Dead Cells today, marking their second paid DLC since the game exploded onto Steam’s Early Access in 2017. The ‘Fatal Falls’ DLC will introduce a significant amount of new content for fans early next year for $4.99. The two companies also revealed the game has surpassed more than 3.5 million copies sold.

A new teaser trailer… well teasing...two mid-game areas dropped today from the developers, giving fans a taste of what’s to come in next year’s DLC update.

Two entirely new biomes, The Fractured Shrines and The Undying Shores, as well as a new boss are parallels to the ‘Stilt Village’, ‘Clock Tower’ and ‘Time Keeper’ areas and their alternate paths. These additions will provide significant new options for fans looking for middle-run exploration and are brimming with new ways to succumb to a terribly painful death. The update is also dropping a cache of new weapons, details of which will be revealed soon.

Fatal Falls marks the second paid DLC drop for the 2018 GOTY winning Dead Cells. The developers have kept a steady flow of content on tap for its loyal community across all platforms for the past 30 months with the first paid DLC, The Bad Seed, dropping earlier this year for the same price of $4.99.

As always, the complete list of updates can be found here: https://dead-cells.com/patchnotes

Winner and nominee for dozens of Game of the Year 2018 awards, Dead Cells is a critically-acclaimed roguelite metroidvania action platformer set within an unpredictable castle packed with dark secrets, game changing items and hordes of deadly beasts. Players face tough risk-reward decisions, building their loadout from an incredibly diverse arsenal of weapons and abilities in the hopes of dodging the castle’s omnipresent threat of permadeath. A steady series of post-launch updates addressing fan feedback has evolved Dead Cells, keeping its action-centric adventure as surprising as it is rewarding.

On this page you can find an assortment of many of the unique mechanics within Dead Cells. 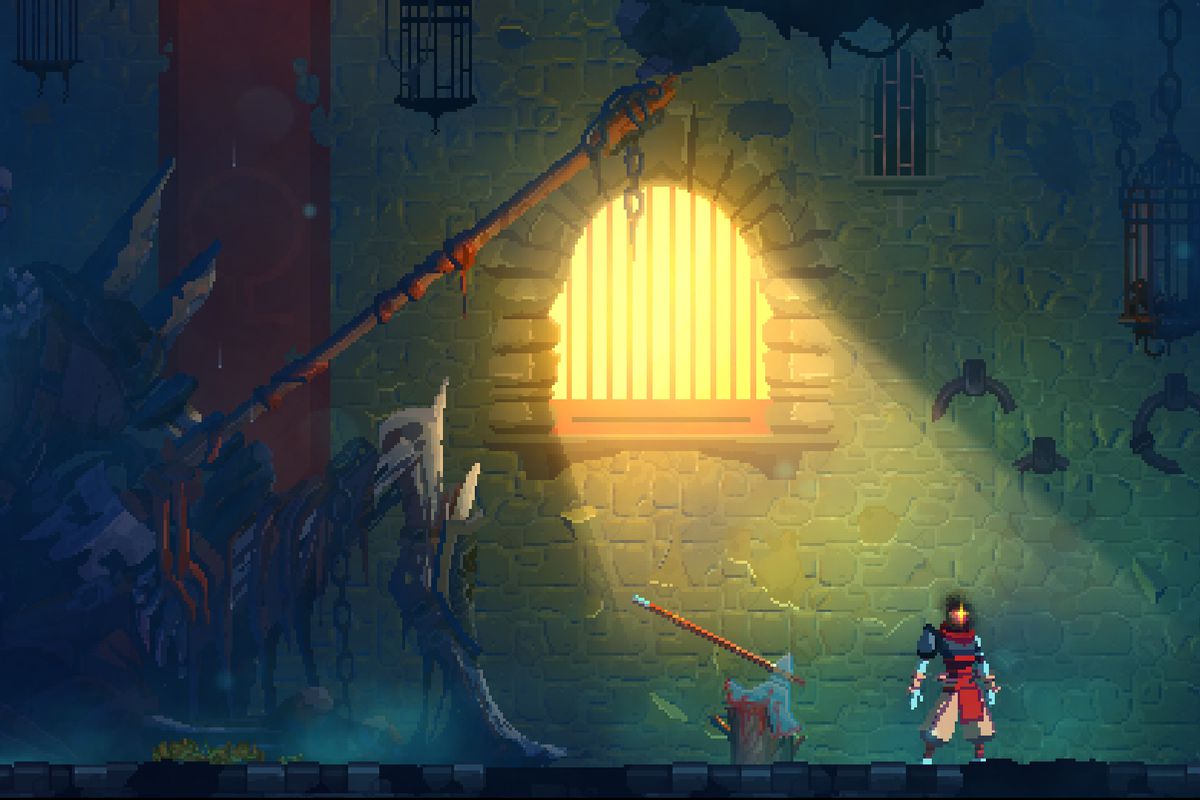 In general, breach bonus is higher for melee attacks than for ranged attacks, greater for final blows of weapon combos than for first blows, and larger for slow weapons than for quick weapons.

See the Status Effects article for more information about this effect and other ones like this.

See the main article for information about Curses.

See the Status Effects article for more information about this effect and other ones like this.

See the main article for information about status effects.

The environment in Dead Cells can affect the player and enemies in many ways.

Poisonous puddles in the Toxic Sewers and Ancient Sewers[editedit source]

See the main article for information about the Malaise.