Desperados III is a real-time tacticsvideo game developed by Mimimi Games and published by THQ Nordic. The first installment in the Desperados series since the 2007 spin-off title Helldorado, it was released for Microsoft Windows, PlayStation 4, Xbox One, MacOS, Linux.[1][2] 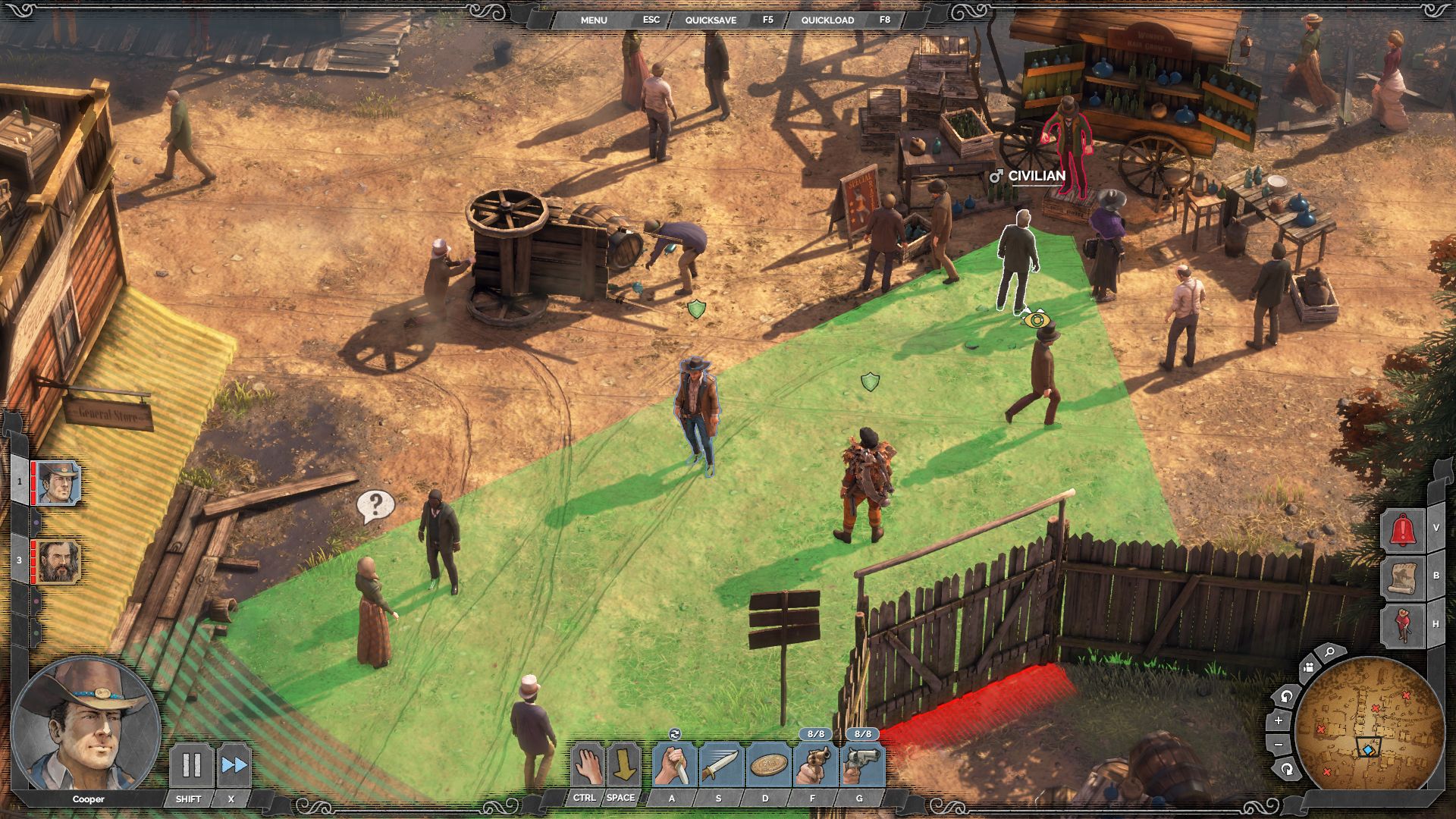 Desperados III is a real-time tactics stealth video game. The game features five playable characters, with each having access to unique weapons and abilities. Players can play the game as a stealth game, in which they can assassinate enemies silently or disguise kills as accidental deaths. It is possible for players to complete missions without killing anyone by knocking out and tying up enemies. Bodies of incapacitated enemies need to be hidden or else other enemies patrolling the area will discover them and trigger an alarm that calls for reinforcement.[3] The cones of vision of all enemies are displayed, allowing players to navigate the map without alerting them.[4] 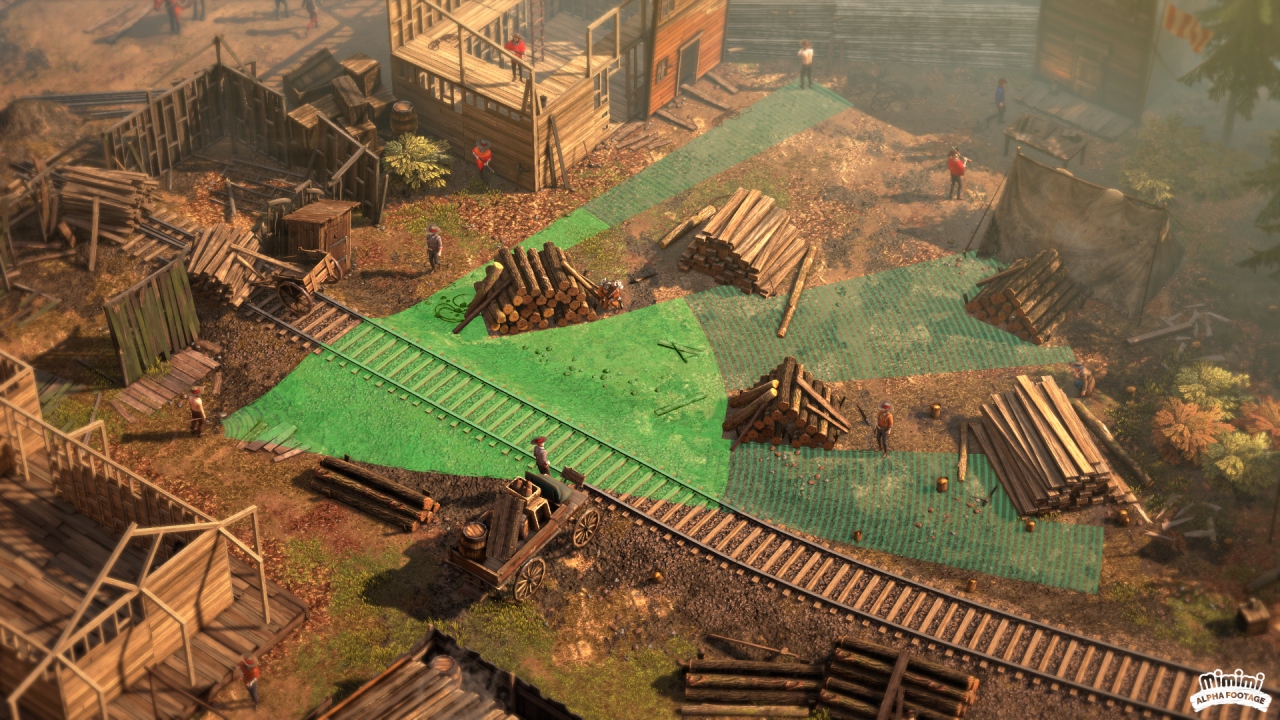 The story is a prequel to Desperados: Wanted Dead or Alive, the first game in the series, and explores the origin of the series' protagonist John Cooper. The game is set in the Wild West in the 1870s and features various locations including Colorado, Louisiana and Mexico. In addition to John Cooper, the game also includes Hector Mendoza, Doc McCoy, Isabelle Moreau, and Kate O'Hara as playable characters.

The story follows bounty hunter John Cooper as he pursues Frank, a notorious bandit leader responsible for killing John's father, James Cooper. Along the way, Cooper meets Doctor McCoy, who was hired by the DeVitt Company, a wealthy corporation, to defend the train Cooper was taking on his way to the town of Flagstone. Once in Flagstone, Cooper learns from his friend Hector Mendoza that Frank is at the mansion of the soon-to-be-married local mayor. In the meantime, the mayor's prospective bride, Kate O'Hara, finds out that her betrothed has sold her family's ranch to DeVitt. In the escalating altercation, O'Hara shoots the mayor as John Cooper walks in, seeking Frank. The newly met pair promptly escape the mansion and head for the O'Hara ranch to defend it from the attacking DeVitt company men. The defence is successful, but Kate's uncle Ian perishes in the battle.

The group eventually gets captured on their way to New Orleans, where Frank, who is working for DeVitt, is located. They're rescued by a Voodoo practitioner called Isabelle Moreau, who joins them in order to find her partner, Marshall Wayne, who disappeared while investigating DeVitt. Frank's gang imprisoned many people out in the Louisiana wetlands, to be shipped off to work in DeVitt's mines. Once they rescue Wayne, the group sets fire to the old riverboat that functions as a headquarters for Frank's people. This act puts Frank on alert, and he locks down the city. Having snuck past the roadblocks and guards, Cooper asserts that he wants to face Frank alone, to which Kate and Hector object. At Hector's mention of James Cooper's fate, John snaps and shoots Hector in the arm, forcing Kate to let him through. 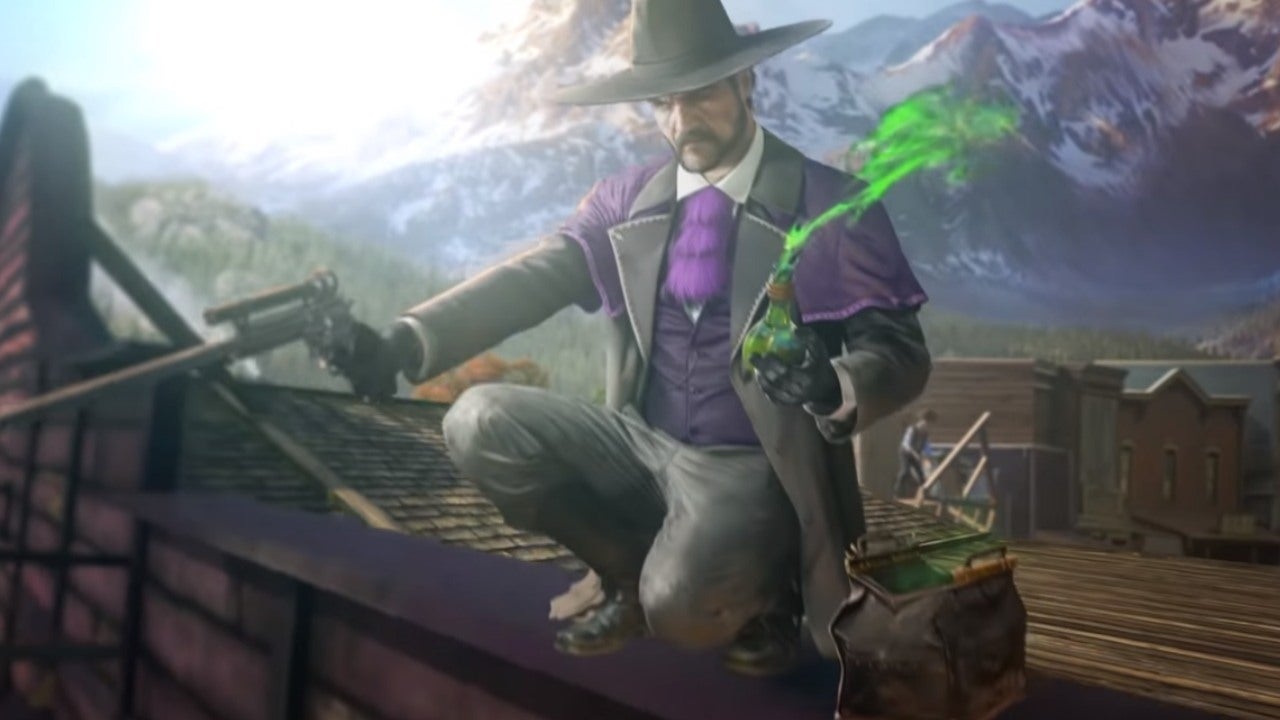 On a docked freight ship, Frank and Cooper duel, but Cooper is outdrawn and wounded. With the rest of his group also captured, they're all sent to DeVitt's gold mines as slaves. Eventually escaping, the group has a falling out due to John's selfishness that got them captured. McCoy cuts his losses and abandons them, whereas the rest eventually reconcile and undertake Wayne's commission to abduct DeVitt himself from a lavish party at this mansion. They manage to spirit DeVitt out, but at the last moment their captive outwits them and hold them at gunpoint, only to be shot down by the returning McCoy. With the group back together, they undertake one final job to hunt down Frank at the Devil's Canyon, where James Cooper and a young John pursued Frank years ago. Frank and John have another stand-off, watched over by Frank's lieutenants. The rest of the group overpowers Frank's posse, while John outdraws and finishes off Frank.

The game was developed by German studio Mimimi Games, the developer of Shadow Tactics: Blades of the Shogun, whose gameplay mechanics were similar to this game. THQ Nordic, which acquired the rights to the franchise from Atari in 2013, served as the game's publisher.[6] Since the last game in the series was released more than a decade ago, the team made Desperados III a prequel story so that it can be accessible to new players who are new to the franchise or new to the genre. To achieve this, the team ensured that the game features an adequate tutorial system that teaches the player the gameplay foundation, and implemented gamepad controls for players who use a controller to play.[7][8] The game's showdown mode, which allows players to pause time completely, was created after receiving players' feedback about the limitations of Shadow Tactics's 'shadow mode'. Unlike Shadow Tactics, the game features a more playful tone, with characters bantering with each other more frequently.[9]

Since July 2020, Mimimi and THQ Nordic started supplying free updates for the game, which include additional mission scenarios. The first updates entail a loose frame story, titled The Baron's Challenge, in which the main characters get hired by an enigmantic figure, who is simply known as the Baron, to undertake certain missions for the entertainment of his patrons. Each mission can be unlocked with the successful completion of one or several levels in the main game. While the settings remain basically the same, each of the 14 new missions includes a different objective, sometimes with the characters having their in-play options restricted. In one example the player is required to eliminate certain enemies using environmental kills only, meaning that their other weapons are locked down for the scenario's duration.[12][13]

Between September and November 2020, Mimimi and THQ Nordic also began publishing a purchasable three-part DLC story expansion, titled 'Money for the Vultures'. The plot is set three months after the events in the main game; Rosie, an NPC previously met in Baton Rouge (Mission 7), hires Cooper's group to hunt for the hidden wealth of Vincent DeVitt.[14][15]

In December 2020, two new updates were provided: The 'Veteran Bounty Hunter Mode', which allows the player to optionally add the other protagonists to a level where any of them were originally not available (this option is not available for the Baron's Challenges), and the 'Level Editor Light', a cheat which allows (in the PC version only) the complete rearrangement of a mission map's characters and items.[16][17] Desperados Iii Money For The Vultures

This is a strategy game in which players assume the role of a cowboy (John Cooper) on a quest for revenge in the Wild West. From a top-down perspective, players traverse the wilderness and frontier towns to battle enemy bandits and rival gangs in turn-based combat. Players use pistols, shotguns, and stealth attacks (knives, traps) to kill enemies; players can also employ indirect kills (e.g., poison) to dispatch enemies. Combat is accompanied by realistic gunfire, screams of pain, and blood-splatter effects; fallen enemies can be seen lying in large pools of blood. Cutscenes depict additional acts of violence: a man shot in the head; a man executed at close range by a villain. The game contains references to suggestive material: dialogue referencing brothels (e.g., “She on the first floor of the Flagstone brothel, drinking whiskey and watching the girls dance”; “Fanciest whorehouse in the quarter. Girls there will make your dreams come true.”) and allusions to sex (e.g., “That was one hell of a night…What's wrong darling? Lost something in the heat of the night?”). The words “f**k,” “sh*t,” and “a*shole” are heard in the game.