Empire of Sin - the strategy game from Romero Games and Paradox Interactive, puts you at the heart of the ruthless criminal underworld of 1920s Prohibition-era Chicago. Empire of Sin Crusader Kings III Available Now! The realm rejoices as Paradox Interactive announces the launch of Crusader Kings III, the latest entry in the publisher’s grand strategy role-playing game franchise.

There are ten neighborhoods around Chicago from which you can build your empire of sin. You will start the game in any one of these neighborhoods and begin wheeling and dealing from there.

Each neighborhood has its own unique bonuses that affect your rackets in that neighborhood.
Loop 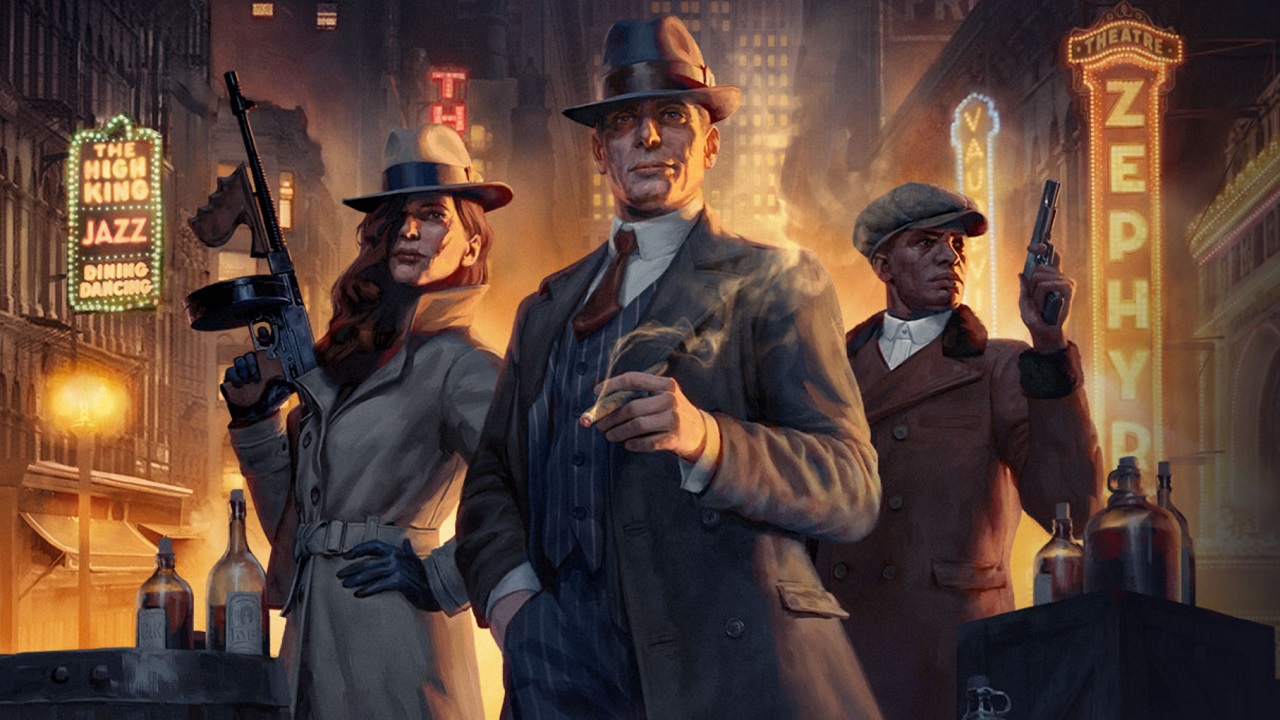 Build yourself a nice neighborhood racket and as sure as you’ll have customers, you’ll have rivals coming to raid or attack your place of business. Every cloud has a silver lining though, each raid is a chance to build the resilience of your racket and its people.
The Badass bonus means that for every raid you fight off, those defending your racket become more resilient to both raids by other gangs, and law enforcement. After fighting off one raid, your guard decides they need a shotgun. After surviving five, they’ve moved onto live explosive rounds.

Synergies are a neighborhood specific bonus that grant you bonuses for having certain combinations of rackets. These bonuses increase revenues for those rackets by a certain percentage. They are based on poker hands:

Rackets can only count towards one synergy at a time. A Hotel in a neighborhood will double your synergy bonuses.

Before you think about stamping your boot on any old turf, it’s probably a good idea to know what you’re getting yourself in for. To find out which neighborhoods will fold to your rule easiest, so to speak. Zooming out a few clicks on the World Map will bring up a small profile on each neighborhood. From here you can see the following:
Bonuses
Each neighborhood is more colourful and diverse than the last. Locals have different preferences and interests, be it gambling, drinking, or they may be loose or tight with their cash, depending on the establishment. The green plus icon shows you the different bonuses that can be gained from venturing into a specific neighborhood. It may be cheaper to open a casino in one neighborhood, but there may be a better spending average in another.
Safe House

This icon lets you know if there are any active points of interest in this neighborhood. These can represent mission goals and NPCs that want to talk to you.
Neighborhood Owner 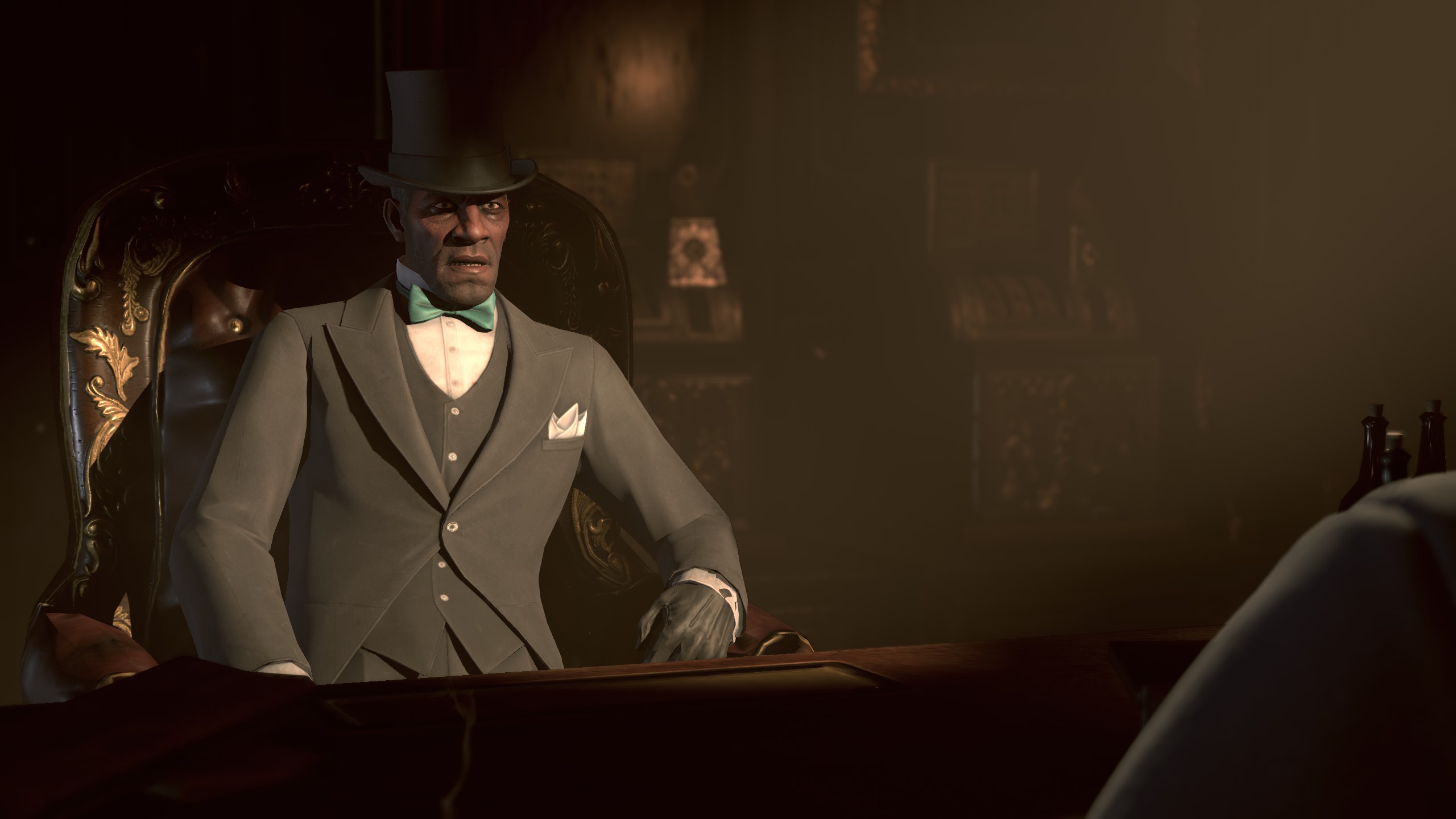 The neighborhood owner shows who the biggest fish in the neighborhood is. If there is none, that means the spot is up for grabs. Although, the same can be said if there is a local Kingpin and you’ve got ambition. Better get shooting.
Prosperity

Pretty simply, this shows how affluent or run down a neighborhood is. Prosperity will affect the number of customers you get into your rackets. The more prosperous the neighborhood, the higher the average spend of a customer is. There are five levels to a neighborhood's prosperity and each level has a preferred alcohol type from swill all the way to whisky. When a neighborhood moves up a prosperity level you will be notified and for a period of one month, you have the bonus of supplying both the old and new types of alcohol to your customers.
Preferred

This shows the type of liquor that is preferred in a given neighborhood, be it swill, rack or premium. This is directly influenced by the prosperity of the area. The better you can cater for the preferred choice of the customers in the neighborhood, the better your chances of them filling out your rackets.
Customer Shares 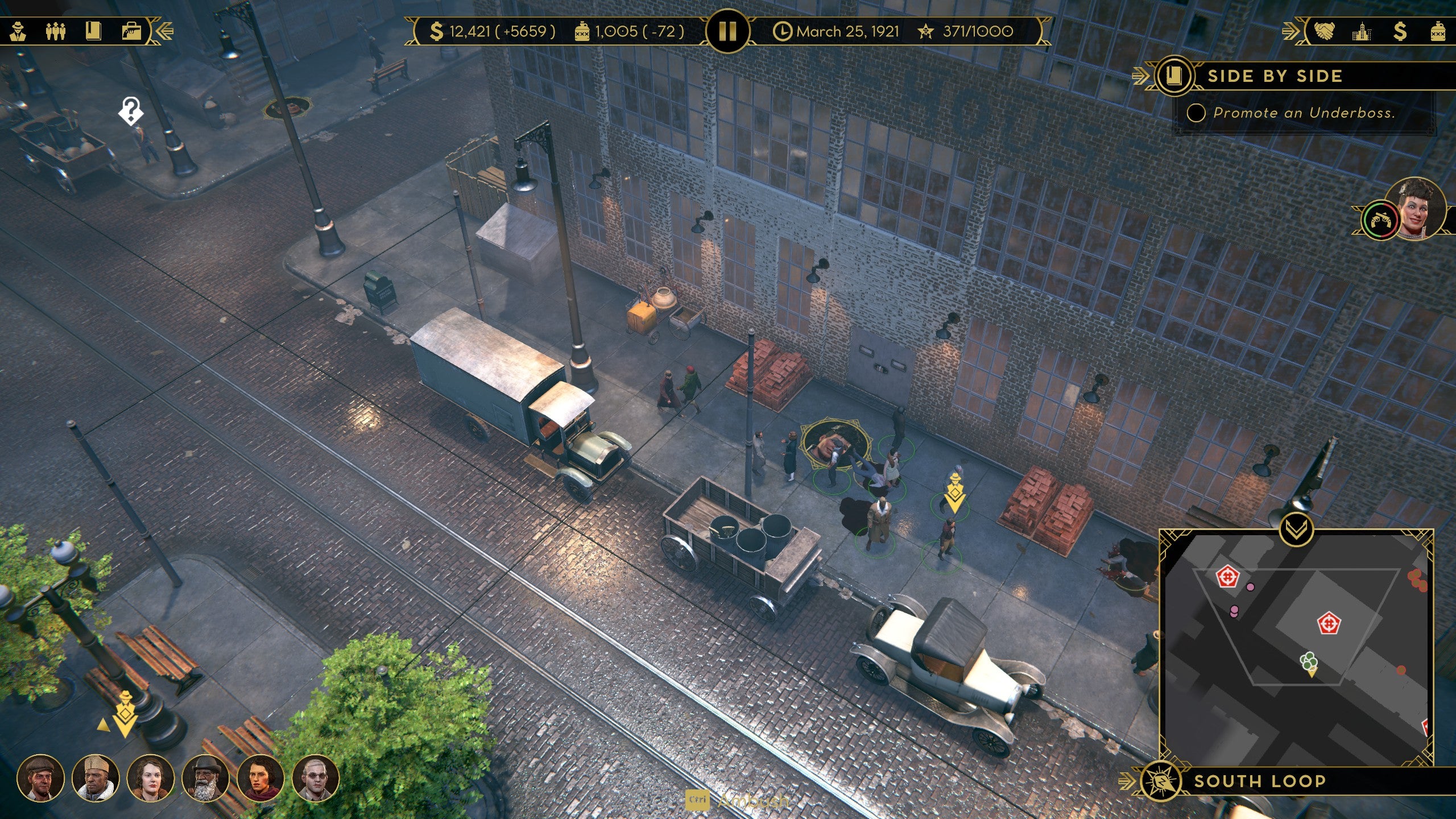 This shows how earnings are being divided up between you and your competitors. Given that your share is again shown in green, the more you see the better.
Rackets Share

Shows how many of the rackets in this part of the city are yours, your competitors, and how many are up for grabs.
Recommended for You:

Empire of Sin is a strategy video game being developed by Romero Games and published by Paradox Interactive. It was released on December 1, 2020 for Microsoft Windows, macOS, PlayStation 4, Xbox One, and Nintendo Switch. In the game, the player takes the role of one of several mob bosses inspired by real-life figures in Chicago during the Prohibition era. The player uses their boss to control the actions of their underlings to take over opponents' business and recruit new members to their cause while defending their own empire from the other bosses.

Empire of Sin plays as a turn-based strategy game with the player taking the role of a crime boss in the Prohibition era, starting anew in 1920 and trying to gain control of Chicago by 1933.[2] As the boss, they can enlist up to 16 underlings from 60 potential ones to manage their empire of questionable businesses, such as speakeasies, casinos, and brothels, protecting them from the law and rival mafia gangs, while trying to extend their own influence by taking over others.[3] The game uses alcohol as a type of currency to extend the empire's influence. Alcohol can be made by breweries under the player's control, given to the player by allies, or rewarded as part of completing various missions. The quality of alcohol can impact its influence; poor quality alcohol can be made cheaply and initially sold at a high profit, but over time will lose its value.[2]

Taking over another business may involve direct combat, during which the game enters a turn-based strategy game similar to X-Com, or can occur through other persuasive means, including short-term alliances with other gangs to defeat a common foe. Combat and other situations are impacted by various traits and perks the characters have, and may cause them to act differently from the player's orders. For example, a character with the 'Hair Trigger' trait may fire their weapon rather than moving to cover when ordered. These traits can change over the course of a game; an underling may become more accustomed to solving problems through violent means the more they are put in such conditions, for example.[4]

Controlling more territory gives the gang boss more funds to better arm their underlings or to recruit new members. The game is partially roguelike in nature as the businesses on the game's map reallocate each playthrough, and new characters are generated with different perks each time.[5] Some have compared Empire of Sin as a successor to the 1999 game Mob Rule.[3]

Empire of Sin is being developed by the wife-and-husband team Brenda and John Romero of Romero Games, with Brenda as the lead designer. According to John, Brenda's past game development history which included the Wizardry video game series and board games based on historical scenarios, had given her great insights into role-playing games (RPG) and creating gameplay systems that focused on character interactions. The Prohibition era ideas behind Empire of Sin had been something she wanted to do for 20 years.[5] This led to the pair seeking Paradox Interactive as their publishing partner given that Paradox is well known for historical simulation games.[5]

The game was first revealed as part of Nintendo's Direct presentation at E3 2019. It is planned for release on Microsoft Windows, macOS, PlayStation 4, Xbox One, Nintendo Switch.[5] While its initial release was planned for the second quarter of 2020, Romero Games announced the game would be delayed until December 1, 2020 for additional polish.[6][7]

Empire of Sin received 'mixed or average' reviews on the PC version, and 'generally unfavorable reviews' for the PlayStation 4 version, according to Metacritic.