Europa Universalis IV is easy to recommend to anyone interested in historical strategy – it’s the best game in the series, which can now take its place, with no caveats, among the giants of the.

Dec 22, 2017
EU4 is probably one of the most complex games to play. Hopefully I can relieve some of that complexity by helping you understand Colonization. 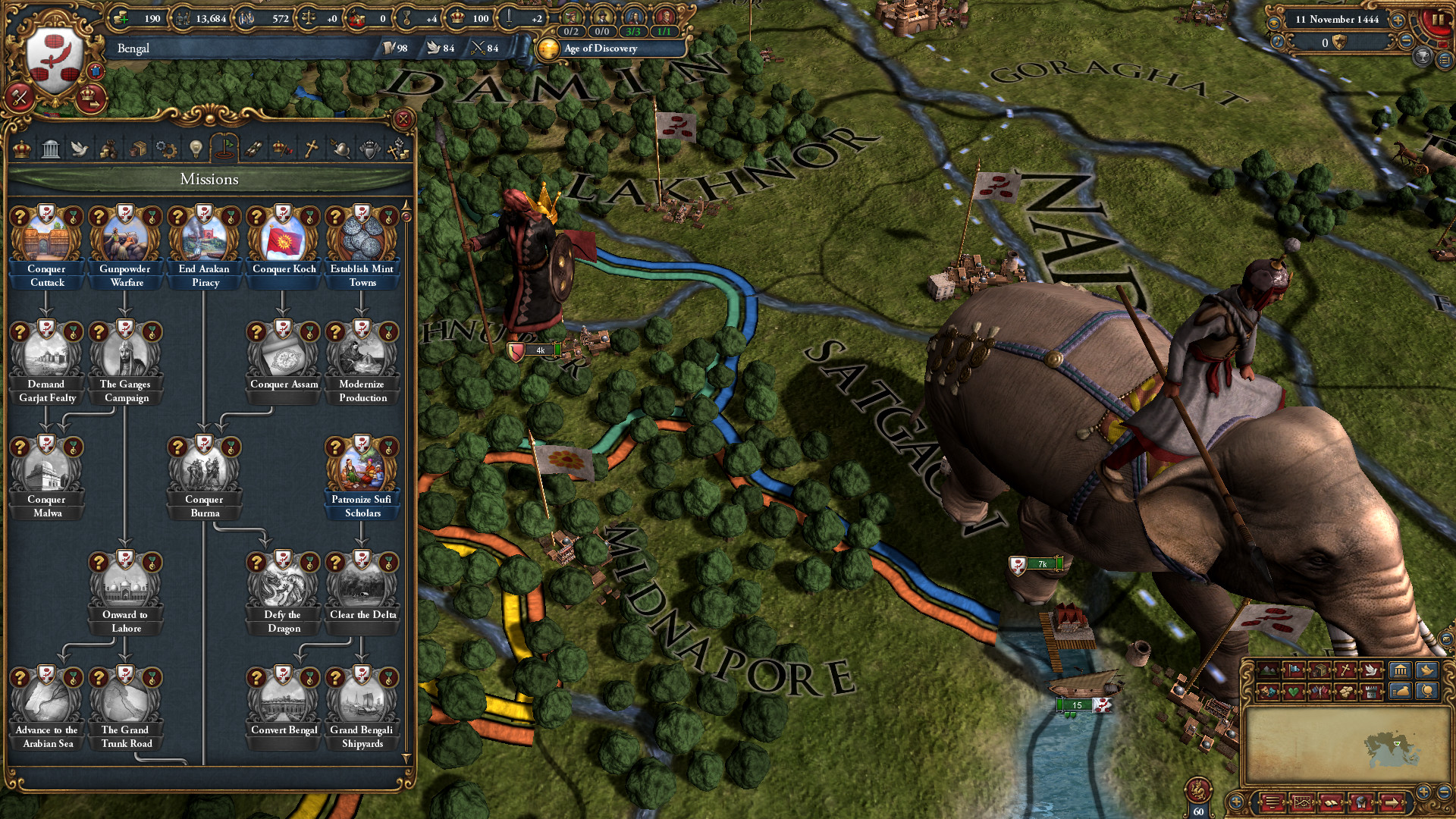 Colonization is a pretty important part of playing a major Western European power (Spain, Portugal, England, France). Colonization is easy, and the best way to expand and gain wealth outside of Europe. First make sure you've taken Exploration Ideas. The first Idea of Exploration Ideas adds a Colonist. Colonists are vital to Colonization, because they set up the colony. If you're starting at a 1444 start date, you'll have to wait until 1492, because that is when the you'll have enough monarch power to hire an Explorer. Assign your Explorer to a fleet. Exploring is easy. Send your Explorer out to the first sea province you can. If you have the El Dorado DLC enabled, the Explorer will explore the whole region, and return to the closest port for reassignment when finished. Depending on your Colonization Range, you'll only be able to explore certain areas before you cannot reach the Terra Incognita that is too far out of range. Certain Idea groups, such as Expansion and Exploration make up for this over time, and extend your range. You should be able to reach the Caribbean and/or Nova Scotia, by 1492, and once you set up permanent colonies, you'll be able to expand further into the continent.

In order to set up a permanent colony, click on the unowned province you want to colonize, and click 'send' to send your colonist. You'll notice your amount of colonists goes from 1/1 to 0/1. This means that you cannot colonize any other provinces without colonists. You cannot colonize an inland province, only those on the coast. You will also notice that your colony isn't built into a fully functioning province right away, you'll have to wait until enough settlers arrive in your colony. Certain events, Ideas, and technological advances will boost your World Settler Increase, which in turn increases how long it takes a colony to become a fully functional province, and for you to be able to colonize more. Advances in Exploration Ideas will allow you to set up a second colony using a second colonist, allowing 2 colonies to be set up simultaneously. Expansion Ideas also adds a third colonist. Three the maximum for nations without special ideas that add a fourth colonist. As time marches on, your World Settler Increase will increase, your Colonization Range will increase, and your amount of Colonists will increase.

Further Exploration of the New World

Once you have a fully built up province in the New World, it is now where your Explorer will usually return when exploring the waters of the New World. Now you can colonize provinces adjacent to your province. Now build up troops in your new province, or take some from the homeland. Assign a Conquistador to your army, and send them out into the Terra Incognita. Conquistadors can explore land provinces like Explorers can explore sea provinces. If you have El Dorado enabled, you can set this army's mission as 'Hunt for the Seven Cities' This makes them automatically discover provinces in the Terra Incognita. This can only be done in Colonial Regions.

Colonial Regions are the designated areas that will form Colonial Nations when the Mother Nation holds 5 provinces in the Region. There are 10 Colonial Regions in the game: Colonial Brazil, Colonial Peru, Colonial La Plata, Colonial Colombia, Colonial Mexico, Colonial Louisiana, Colonial California, Colonial Eastern America, Colonial Canada, and Colonial Australia. Once a Colonial Nation is formed, you can name it. There are set names you can choose instead of naming it yourself, and the AI nations will use these names rather than generating new ones. These nations are able to colonize on their own, and their provinces that are adjacent an uncolonized province count as adjacent to you, and you can colonize them yourself. With El Dorado, when the first Colonial Nation is formed in a Region, the Pope will use the Treaty of Tordesillas mechanic to designate that specific colonial region to the nation's overlord.. This gives that Catholic nation claims on all provinces in the Colonial Region, and any Catholic Nation that violates the Treaty of Tordesillas will get a -50 relation with the Papal State, a -100 relation with the rightful holder of the Region, and a -20 Settler Increase in the Region. Non-Catholic nations are not affected by the Treaty, and annexing the rightful holder completely transfers the claim.

Diplomacy With Your Colonial Nation

You may raise tariffs on your Colonial Nations to rake in more trade tax, but this will make your Colonial Nation unhappy, boosting their Liberty Desire, and lowering their opinion of you. Lowering tariffs will boost relations and lower Liberty Desire. If the Colonial Nation feels it is more powerful than it's overlord, it may begin making alliances with your other Colonial Nations that feel the same way, or may ask an independent nation (probably a rival) to support their independence. Not all of your Colonial Nations will ally the rebellious colony. This independent supporter will join the war no matter what, and cannot decline. You can do this too, and support a Colonial Nation or Vassal that you think deserves independence.
If you are able to crush your rebellious colony and return them to your control, their opinion of you will, understandably, take a huge dip, depending on how dominating the peace deal was. Over time things should begin to return to normal. However, if you lose the war and your colony becomes a free nation, it will take a name depending on the Colonial Region. The United States may form in Colonial Eastern America, Canada and Quebec in Colonial Canada, Brazil in Colonial Brazil, Australia in Colonial Australia, and so on. This new nation will probably rival you if it is strong enough, unless you can begin making friends almost immediately after it's independence. It will keep it's alliances with your other free former-colonies, and it's independence supporters. 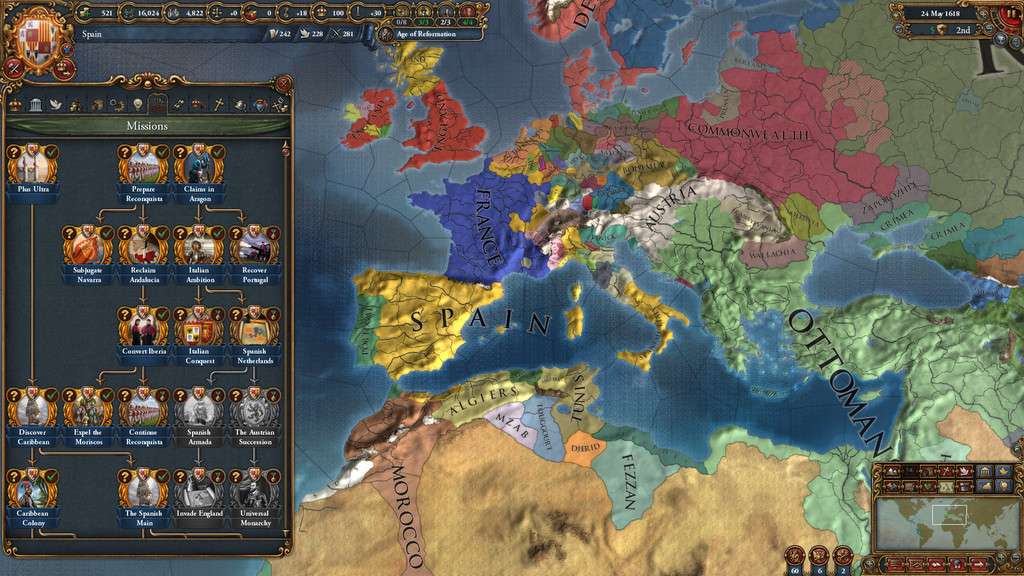 Some regions of the world are open to colonization, but are not Colonial Regions, therefore cannot host Colonial Nations. These regions do have Trade Charters however, which are similar to Colonial Regions in the sense that there is a little bit of autonomy involved, but not nearly on the scale of a Colonial Nation. Once you dominate a certain Charter's Centers of Trade, you may form a Trade Company (i.e East India Company). With the Common Sense DLC enabled, these Charters gain Subject Interaction, but they may not declare independence from their overlord. Trade Company Subjects receive no penalties from unaccepted religion or culture, and their trade power in the region is +100%. These Trade Charters are located in India, China Africa, and the East Indies.
Recommended for You:

Rule a Continent or Rule the World in Europa Universalis IV: Emperor

Discover new ways to expand your empire in this expansion to Paradox Development Studio’s flagship game about the early modern era. Europa Universalis IV: Emperor brings new depth and new options to your efforts to dominate the globe in the early modern world. Can you make your reign endure through the centuries?

Emperor focuses on improving the game experience for European nations, adding greater depth for the Catholic states and a more energetic and interactive Holy Roman Empire. Revolutions spread like wildfire, demanding action from kingdoms that don’t want to be swept up in the feverish calls for reform. Old mechanics are reinterpreted and new options are available on a freshly redrawn map of the continent. Appoint cardinals, publish Papal Bulls and gather tithes. The Vatican and Papal Controller now have new abilities to sway the souls of the Catholic faithful.

Deal with major imperial incidents that challenge royal power in pursuit of a centralized monarchy or decentralized confederation.

The spirit of Revolution is a contagion that must be either embraced or vigorously opposed. Use the guillotine and revolutionary guard to enforce the new way of thinking.

The Hussite faith has power in Bohemia, Defenders of the Faith have power based on the size of their religion, the Counter-Reformation offers new choices in dealing with Protestantism.

If you accomplish great feats, you should expect great rewards. Seize the mantle of honor for accumulating great wealth and armies.

Over 20 new unique mission trees for a variety of European nations, provoke rebellions to deal with a problem now, many new events and options. 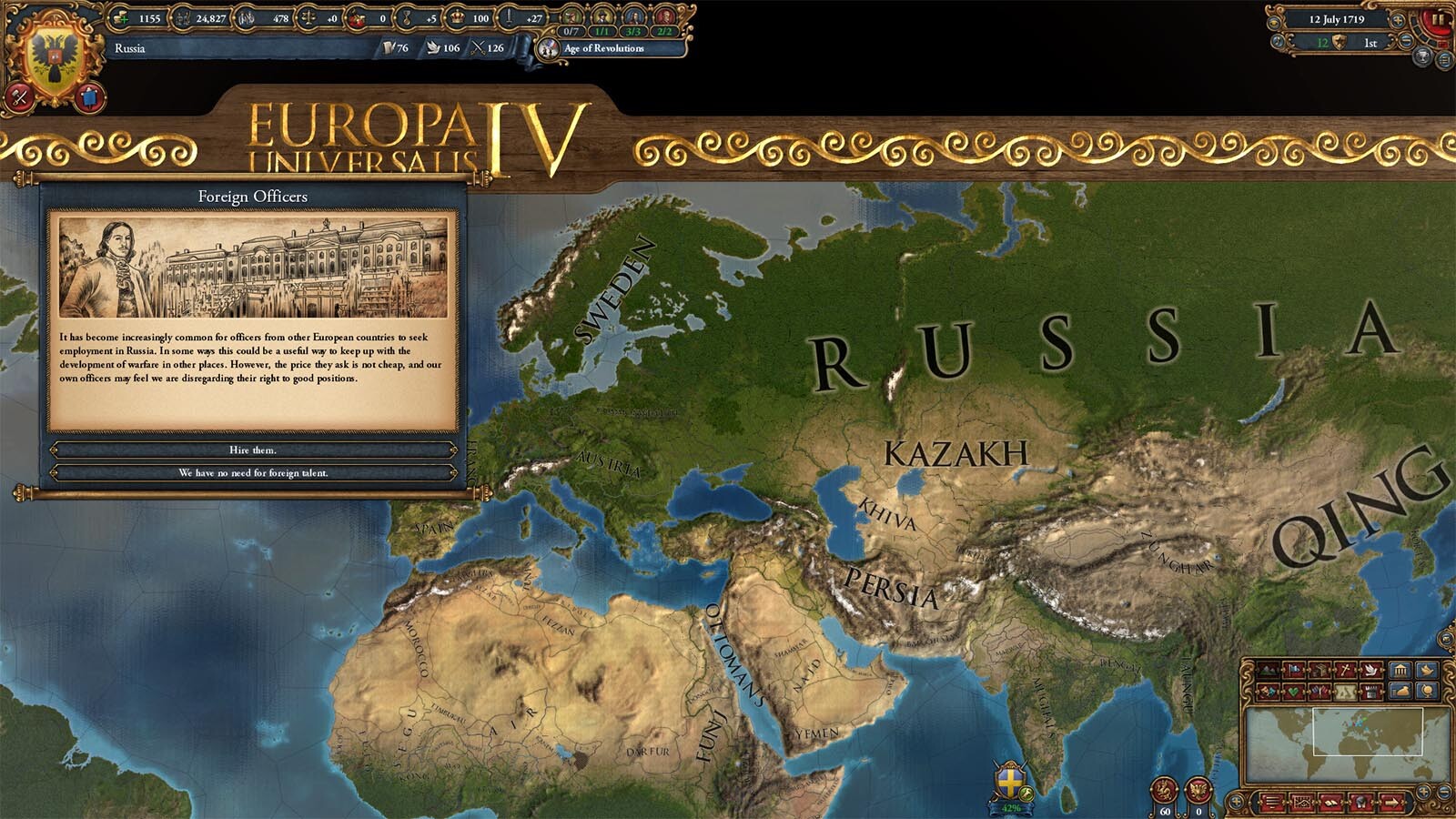 Europa Universalis IV Emperor-CODEX
SIZE: 3.15 GB
NOTES: This release is standalone and includes all content and
DLC from our previous releases and updates.

All links are interchangeable. If you cant see the links press CTRL+F5