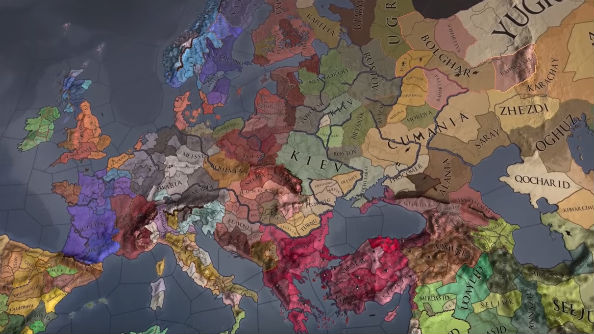 The DLC significantly expands and strengthens the role of vassals in the game. The Council will demand real influence on our decisions. Each vassal that is subject to us will begin to expect respect and obedience from us, regardless of whether he has any competence. Those who are disregarded may become so offended that they will conspire against the ruler.
The diplomatic system has also been heavily modified to place much greater emphasis on alliances sealed by marriages, coalition formation and the formation of non-aggression pacts. The combat system has also improved. The importance of morale increased and new rules for the functioning of mercenary units appeared.

A downloadable game for Windows

Conclave , the latest major expansion for Crusader Kings II, will give your vassals some bite to go along with your bark, as the council that governs your realm will now demand some say in how you rule. Powerful dukes, regardless of competence, will require a seat at the table, and those left on the outside will be more likely to plot against you.

Keep your council happy, and the mighty vassals will resist the pull of faction and civil war. Dismiss their interests, though, and you may find yourself trying to hold together a council at war with itself.

Balance councilor skill and power to keep your dynasty safe and strong. Ignore powerful underlings at your peril, or simply buy their loyalty with favors. Conclave makes the royal council a force unto itself.

•New diplomatic system that prioritizes marital alliances and non-aggression pacts, as well as the possibility of coalitions

•Improved military combat model with a greater emphasis on morale, as well as new rules for mercenary companies

Crusader Kings II appreciates the subtlety of court intrigue. Conclave will give you new avenues to test that skill.

In order to download this game you must purchase it at or above the minimum price of $14.99 USD. Your purchase comes with a Steam key. You will get access to the following files: