Join your favorite super heroes and super villains from different eras and realities as they go head to head in the all-new, original adventure, LEGO Marvel Super Heroes 2 Play as the Guardians of the Galaxy, Spider Man, Thor, Hulk, and dozens of other Marvel Super Heroes and Villains in this cosmic battle. Nov 14, 2017 Directed by Karsten Lund, Arthur Parsons, Stephen Sharples. With Albert Welling, Alexander Mercury, Alexis Rodney, Amir El-Masry. Superheroes from different eras and realities of the Marvel Universe fight in lego style against the time-traveling villain Kang the Conqueror in a battle across space and time.

This video will guide you through LEGO Marvel Super Heroes 2 level 5, HYDRA Hijinks.

The video will provide you with the locations of all ten minikits as well as Stan Lee in Peril and the hidden character token.

Please support our YouTube channel by subscribing and liking this video. We aim to provide easy to follow guides and any feedback is welcome.

Minikit #2 (00:32):
Where you find the first Captain America Poster, fly up to the top platform, destroy all of the crates, build the grappling hooks and use Spider-Man to reveal the minikit.

Minikit #3 (01:09):
After using Cap’s shield to rebound the laser, turn around and there is a crate which can be manipulated using magic. With magic destroy the crate and build the remains into a magic portal to a secret area where the minikit can be found.

Minikit #4 (01:51):
After using Cap’s shield to rebound the laser, you’ll see a bad guy who can be mind-controlled just under where the laser was. Use him to stand on the switch in the room to reveal the minikit.

Minikit #5 (02:18):
Just through the doorway to the right of the previous minikit, you will find a hacking terminal. Once hacked, the locked door next to it will reveal the minikit.

Minikit #6 (03:39):
From the previous minikit, head to the front of the screen to find a ladder to the platform below. Behind the first large pillar on the right, you will find the minikit.

Minikit #7 (03:56):
After using the gravity mine, flip the switch you used originally in this area a second time to release more debris. Build this debris into a rocket which you can then ride. At this point, bad guys will begin appearing, kill 10 of them for the minikit.

Minikit #8 (05:18):
At the very end of the section before you face Klaw, fly up to the far right to find a box that can be manipulated by magic. Do so to release the minikit.

Minikit #9 (06:24):
As you’re flying through the sky in the plane you’ll see yellow and green balloons scattered in the sky. Destroy 10 of them for the minikit. It’s advisable not to attack the Baron until you’ve destroyed the balloons as there is no time limit and the flight path loops around.

Minikit #10 (08:11):
The final minikit requires a bit of skill and a lot of patience. As you’re flying the plane, part of the flight path takes you right around Kang’s citadel. At one of the higher points, there is a minikit floating in the air. It is a very easy one to miss and will require a lot of effort to spot. Be patient and remember that the flight path is a loop.

Stan Lee In Peril (05:50):
At the end of the main area before you head in to meet Klaw, fly down to a lower platform where you’ll find Stan under attack. Kill the bad guys for the minikit.

Hidden Character Token (03:00):
In the lower platform where you find minikit #6, head to the far right of that platform and complete the picture puzzle for the character token.

Keep up to date with all the latest from Life In Brick’s videos by heading over to our YouTube Channel and subscribing. 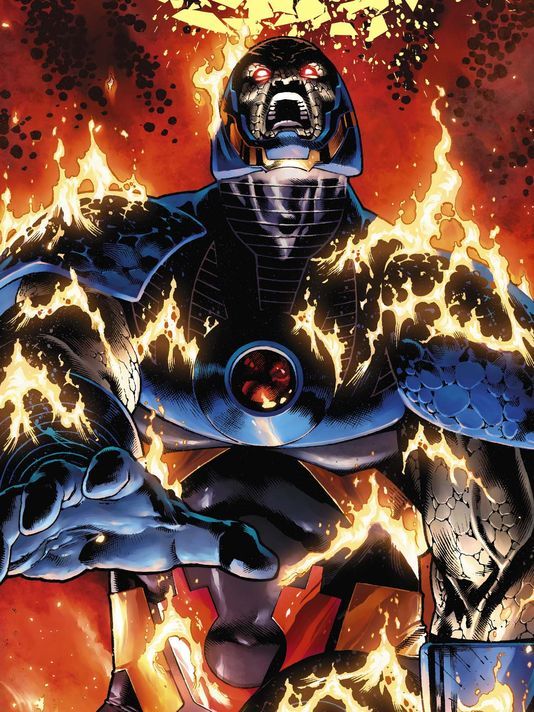 Join your favorite Super Heroes and Super Villains from different eras and realities as they go head-to-head with the time-traveling Kang the Conqueror in the all-new, original adventure, LEGO® Marvel Super Heroes 2! Play as the Guardians of the Galaxy, Spider-Man, Thor, Hulk, Black Panther, Captain Marvel, Doctor Strange, Green Goblin and dozens of other Marvel Super Heroes and Villains in this cosmic battle across the time-tossed city of Chronopolis! Travel across lands — from Ancient Egypt to The Old West, Sakaar and New York City in 2099 — and transport objects or characters through the centuries! And, with new battle modes, friends and family can play against each other in a series of themed challenges and battle arenas!