Hello all, long time no see (not on this website, anyway). Incoming later today is the official Project Nexus Soundtrack! As we ramp up for the actual, final, really real release date of the game, we thought that we'd give our poor audio wizards some love and let the world hear what they've been cooking for us for the last couple years.

MADNESS: Project Nexus. All Discussions Screenshots Artwork Broadcasts Videos News Guides Reviews. MADNESS: Project Nexus Soundtrack release! View full event. Cheshyre is also the creator for most of the soundtrack of Madness: Project Nexus which includes songs like Nuclear Mutation, Duck and Cover, and Fight or Flight. As of the 1.7 update he is also a non-playable character in the Arena Combat Mode of Project Nexus, available for purchase as a squadmate. Contributing Music. Madness Combat 3: Avenger. Madness: Project Nexus is a cool side-scrolling shooting game. Help the ninja fighter with his job Nexus. Move him through rooms and kill all enemies in each level to discover the secrets of the nexus and blast your way with hundreds of weapons.

The whole soundtrack is live on a variety of sound-services like Spotify, iTunes and Google Play in two parts, one from the lovely Devin 'Locknar' Martin and the other from the equally lovely but probably more familiar Sean 'Cheshyre' Hodges. Each side clocks in at an average of almost two hours of bumpin' jams, so if you're into things that sound good, you should definitely give it a listen (and a buy!).

Coming later this week (as soon as Valve gives us the thumbs-up, so maybe even just later today) is the full soundtrack on Steam, containing both the Locknar and Cheshyre sides. It's been a long time coming, and we're proud to finally be truckin' this part of the project home! I'll be in touch more frequently on this site to keep you updated, and as always, keep on truckin!

Get the Locknar side of the album on Apple Music, iTunes, Spotify, Google Play, or Beatport!

Get the Cheshyre side of the album on Apple Music, iTunes, Spotify, Google Play, Deezer, or Napster!

(UPDATE: 48 HOURS LATER) FOR THOSE ALREADY ENTITLED TO A COPY:For those who backed us on either Kickstarter or PayPal at the appropriate tier, you will receive your key via email as soon as we can get them and send them out. Cheers!

UPDATE: Project Nexus 2 now in development! Head over to www.madnessprojectnexus.com for updates :D

* Arena Mode - Play through the Nexus Training Program and become the most powerful L337 Unit in all of Nevada!

* Story Mode - Take down Project Nexus, selecting from a handful of heroes from the Madness universe to do the job.

But the story is not over! This game will be updated with more missions, more story, more game modes, and MOAR MADNESS. 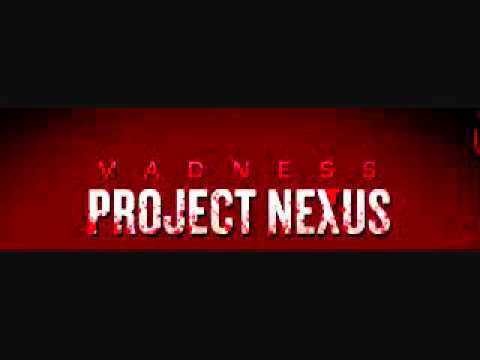 * NEW NPC: Cheshyre added to Arena. He is a Zombie wreckingball.

* NEW NPC: Luis is ready to drink all of your liquor.

Thanks for your patience on eliminating these bugs. Not everything translates well from testing after release :( Good news is, with you guys helping me find problems, I can eliminate them even more quickly! Keep it coming, and thanks for helping us out while we try to make Project Nexus a better game for you!