Moonlighter is an Action RPG with rogue-lite elements following the everyday routines of Will, an adventurous shopkeeper that dreams of becoming a hero. Is Moonlighter worth picking up on Nintendo Switch? Find out in our review of this indie action RPG! - Follow GameXplain!

It’s not safe to go alone, take this.

Moonlighter originally released back in 2018 and instantly captured the hearts of many with its unique take on an action RPG/Rogue-lite. Now it’s 2 years later, and it’s back and better than ever with the Moonlighter: Complete Edition, featuring the original game plus all released DLC, including the most recently released, Between Dimensions, but more on that later.

How can I help you?

Set in the town of Rynoka – a small trading village – Moonlighter sees players take the role of Will, a young, budding shopkeeper who has bigger dreams of becoming an adventurer/hero. That’s right; you’re Mr helpful shopkeeper by day, a dungeon crawler and monster killer by night. You’re almost a superhero…

Moonlighter begins with a brief tutorial where you will learn the basics of both aspects of the game; how to run a store and how to venture around the randomly-generated, mystical dungeons. After that, you’re free to roam your village as you please, still learning things as you go, of course.

So, let’s go through the shopkeeping aspect first. You have inherited the only shop in the village, meaning it can get quite busy. All those passing travellers need stuff! You start with 4 pedestal-like stands in which you can stock your wares (found from the dungeons), and you set the prices for each item without knowing it’s true value. You let your customer’s reactions tell you how accurately an item is priced; if it’s too high a price, customers simply won’t buy it. Price it too low, and you’re losing out on some monies, and you need monies. 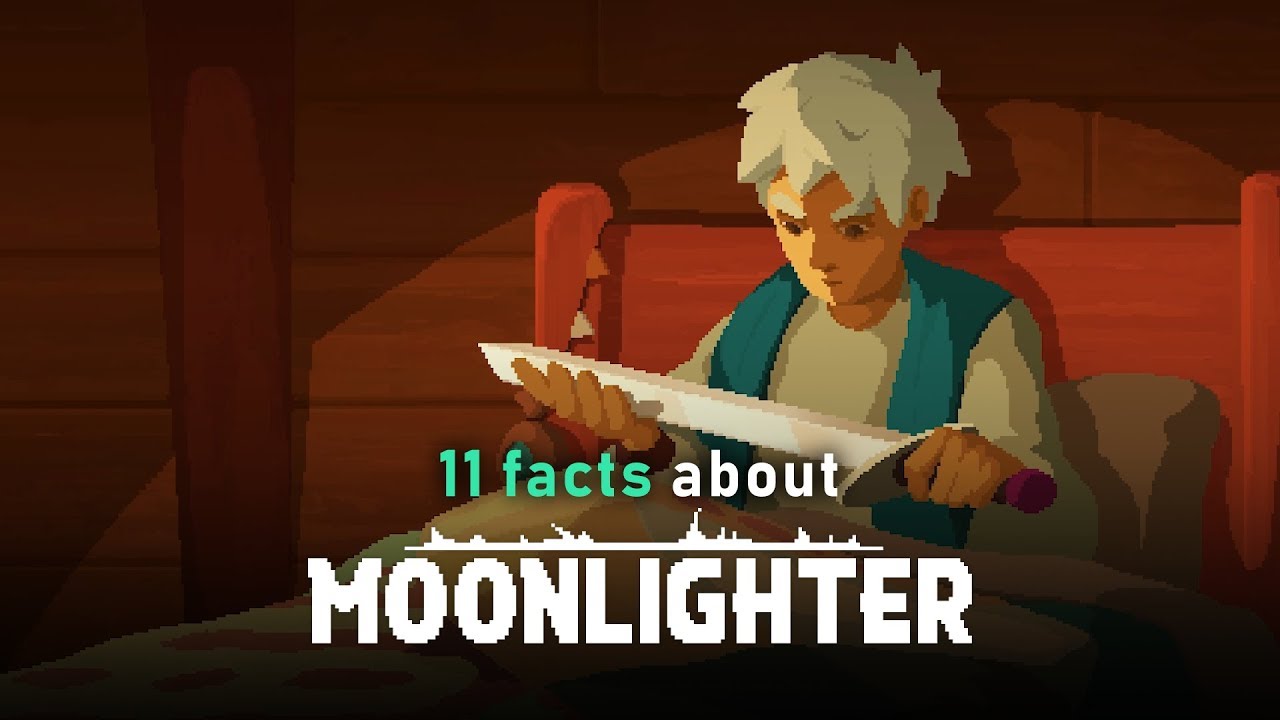 There are various gateways to enter, but you must gradually open them by completing the previous dungeon – which is no simple task. These randomly-generated dungeons are made up of several unknown rooms filled with monsters, secrets and lots of loot for you to sell in your shop.

You only have a limited amount of inventory space during your time in the dungeons. Although at the start you’re going to be picking up anything and everything you come across, you’re going to want to learn what is valuable to you and what isn’t – yes, I’m looking at you sticks. Luckily, you do find inventory powers which allow you to do various things such as quickly selling items instead of waiting to go home or teleporting back home with your inventory intact. The latter is extremely helpful if you’re low on health as dying in the dungeons makes you drop your inventory, making the journey pretty pointless.

Combat in the dungeons is fun and sleek while also being extremely difficult – sometimes too difficult. As you progress you will unlock various other shops for your village and even upgrades for your shop; one of the most important being a blacksmith allowing you to craft new weapons and armour from the components you collect. These are vital for progressing through the dungeons and being able to beat more difficult bosses.

I think my absolute favourite thing about Moonlighter is its art style. It’s a beautifully pixelated world that just lures players in simply by looking as good as it does. Honestly, the gameplay could have been awful, and I would still be playing it because it’s gorgeous. Luckily, the gameplay is just as good.

As if there wasn’t enough content in Moonlighter, the newly released Between Dimensions DLC pack adds a ton more. It adds new dungeons, new enemies and bosses, new weapons and shop upgrades and even more story and lore to find – a fantastic upgrade for only £5.79 separately (if you already own the game).

Moonlighter Complete Edition Worth It

Overall, Moonlighter: Complete Edition is a brilliant game that offers players a welcomed challenge and hundreds of hours of gameplay if you have the patience to stick with it. The Between Dimensions add on gives an already great game that much more greatness.

You can purchase Moonlighter: Complete Edition from the Microsoft Store.