Our Review by Campbell Bird on August 29th, 2019
Path of Giants is an incredibly well-made traversal puzzler that prioritizes player experience.

Path of Giants is a puzzle game that wants you to succeed. This isn’t to say it’s easy. It just has a lot of nice little touches that let you enjoy it to its fullest. As a result, it’s one of my favorite traversal puzzlers on the App Store.

If you take one look at Path of Giants, it’s hard not to draw comparisons to Monument Valley. Both games are portrait-mode puzzlers that involve moving little characters around labyrinthian environments. That’s where the similarities start and end, though.

Path of Giants puts you in control of three adventurers on their quest for hidden treasure. In each level, your goal is to move each of these little climbers to designated platforms that take them to the next puzzle. At the end of each of these traversal sequences, you then have to complete a rotating block puzzle before unlocking the next set of stages.

With multiple characters to control, each puzzle in Path of Giants requires some amount of teamwork between your crew, which makes for unique and interesting puzzling. At first, this mostly revolves letting characters climb on top of each other to reach elevated platforms. This escalates into situations where characters have to hit switches to create paths forward for their friends, and even levels where specific characters have special access to paths they can use to help the rest of their team.

The coolest part about this co-op puzzling is the levels themselves. A lot of thought and a keen editorial eye went into each stage in Path of Giants. They all feel like unique challenges as opposed to iterations on mechanics, and all of them follow a logic that is easy to grasp. There are no tricks or attempts to stump you here, which allows you to simply enjoy solving them without any sort of roadblocks standing in your way.

In addition to quality puzzles, another big part of what makes Path of Giants so great is a handful of small (but extremely convenient) features that keep it from ever feeling frustrating. Top of the list here is the game’s pathfinding. I don’t know how we got here, but Monument Valley and all of its imitators force you to tap along specific paths piecemeal to “prove” to the game you know what is and isn’t an accessible area. This sucks. It’s not fun, and never has been. Luckily, Path of Giants lets you tap to move your character to any accessible area you tap with no issue.

Another particularly notable feature is the undo button in Path of Giants. At any point in a puzzle, you can this button to instantly take back the last action, and you can continue reverting actions until you’ve completely reset a puzzle. My favorite aspect of this undo button though is that it tells you when you need to use it. In some rare instances where you can actually get stuck, Path of Giants lets you know right away so you don’t ever get stuck trying to get out of an unwinnable situation. This—plus other features like no load times and options for recoloring your adventurers—give Path of Giants a sense of momentum that’s really compelling and makes it hard to put down. 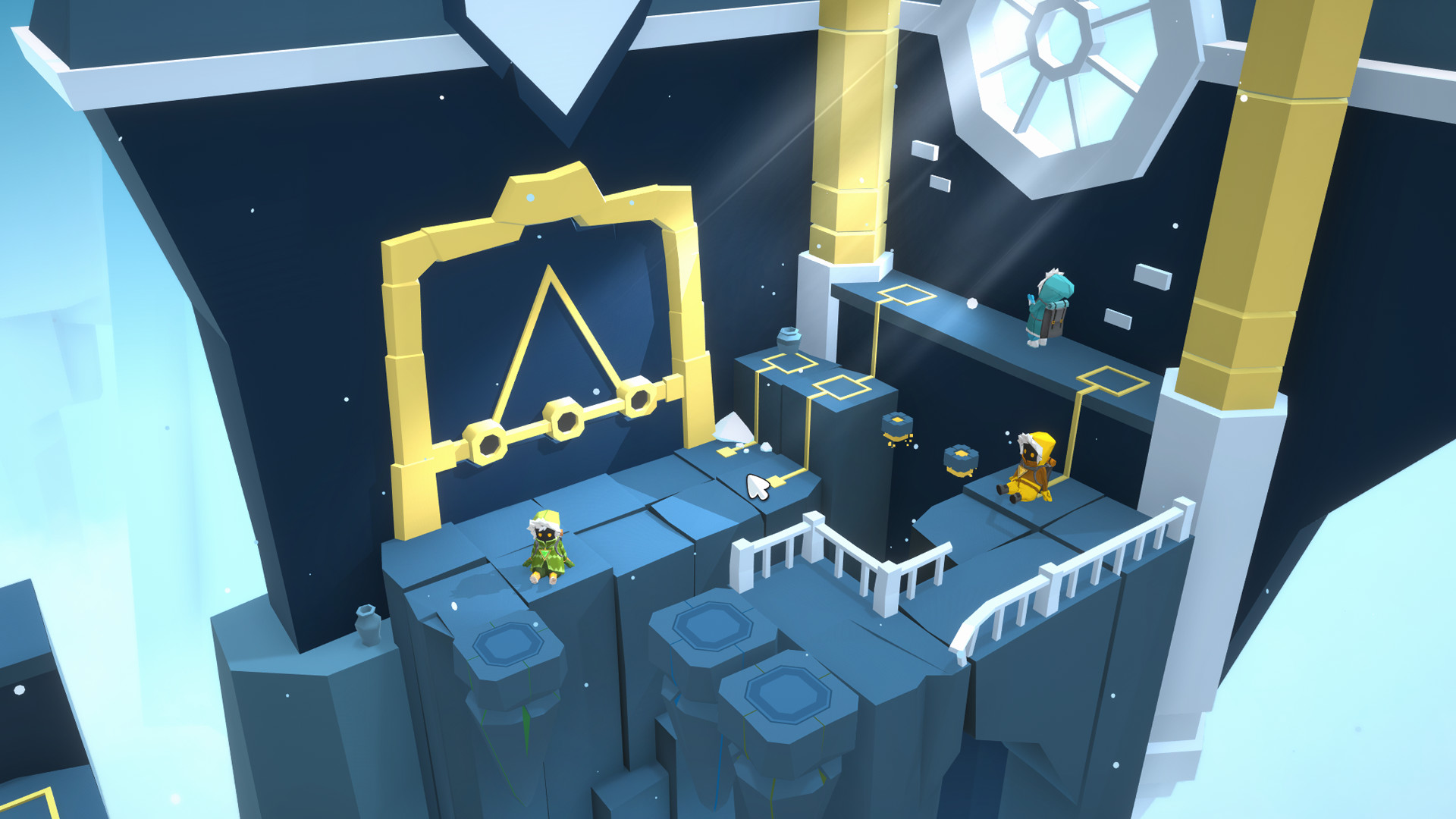 Path of Giants is an elegant and creative puzzle game that never loses sight of player experience. Every aspect of the game feels tailor-made in a way that makes you just want to keep playing it. Although it may look like a cheap knock-off at first blush, Path of Giants—in a lot of ways—is more authentic and rewarding than the games that inspired it.

Path of Giants takes the adventure genre to a new level of fun. It’s set against a backdrop of frozen mountains where three explorers find themselves stranded. Their mission? Find the way out of the mountain with enough time to catch back up with the others and continue on their journey!

Path of Giants sets you in the role of three adventurers on their mission to find a hidden treasure in an icy mountain range. Each level will take you further into the mountains as you use teamwork to help yourself to solve the challenges. You’ll find puzzles that will test your wits and help you learn about the other characters. The puzzles don’t have to be very hard to be fun, however, and you can always turn off difficulty if you aren’t up to it. These puzzles will also keep you on your toes as there will be obstacles in the way of your path and you won’t know what else to expect or how to solve them!

Path of Giants is all about the humans and the giants

What’s more, the Path of Giants features an interesting storyline that isn’t your usual hero vs villain story. It’s all about the humans and the giants, and the struggles that arise when they are put together. There are many different environments in the Path of Giants, and each one is beautiful and unique. There are caves to explore, ice formations to traverse, snowy mountains to climb and much more! The environments are really varied and allow you plenty of room to explore, which makes for some pretty great exploration! You’ll find things at every level, and you’ll be sure to find something interesting and different! 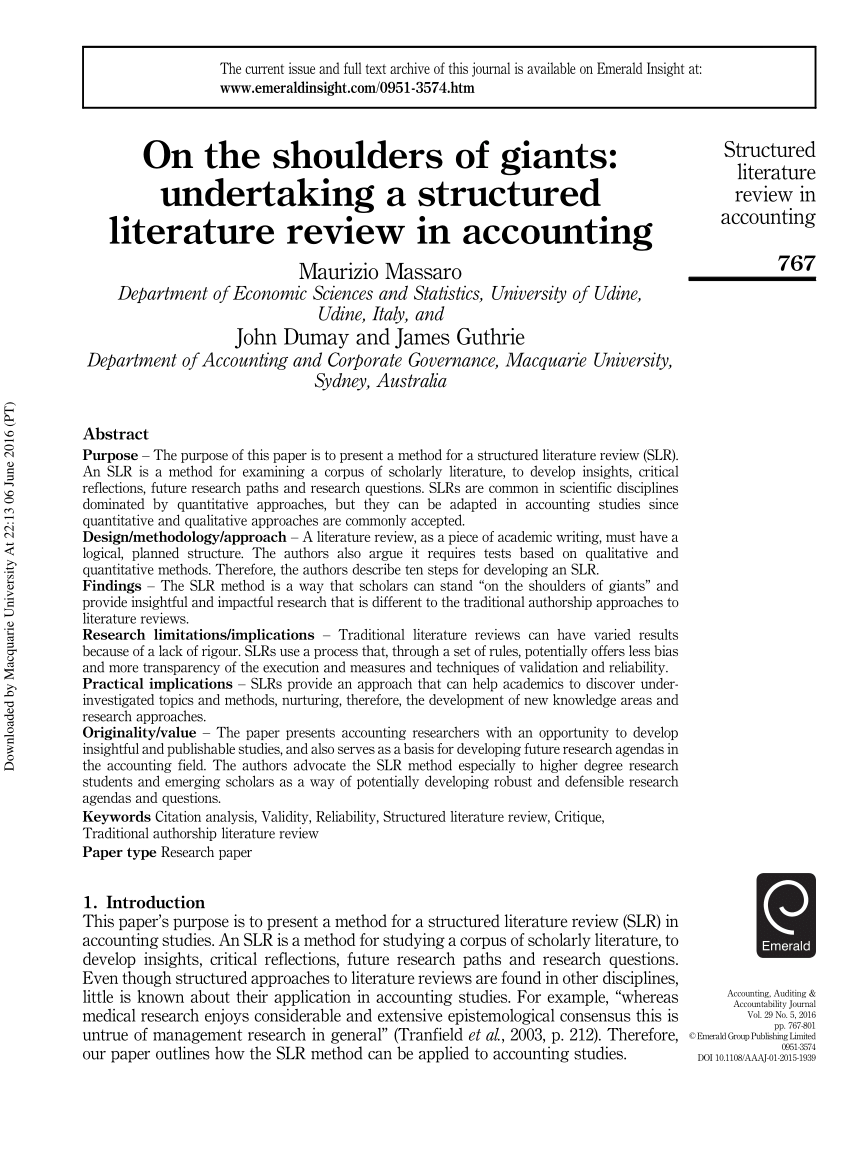 Path of Giants also features some exciting characters. The story revolves around the three main characters, the leader of the group (called the Path Lord) and the other two explorers. They aren’t very different from one another, and the only major difference is that the Path Lord is a female. However, she is a unique character who is very intriguing and plays a big part in the game. 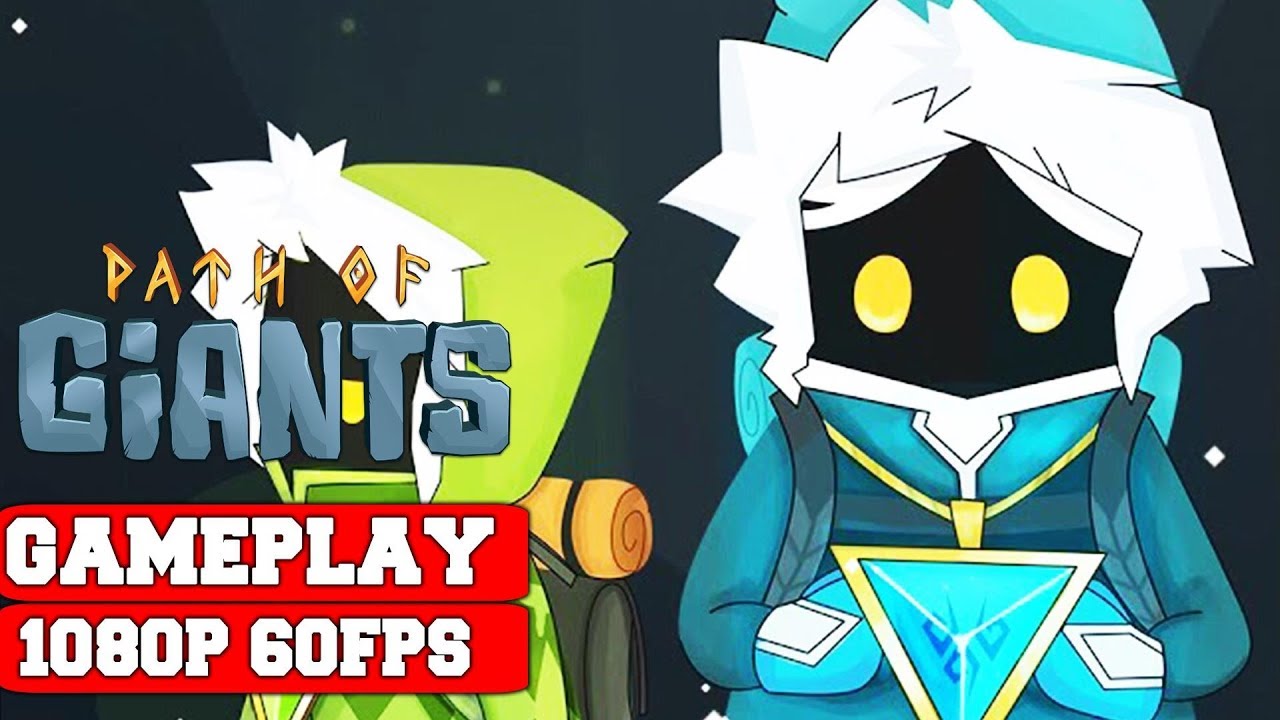 Path of Giants is also very challenging and fun. Some levels have some tough challenges that are sure to keep you on your toes and will make you want to move forward and find those treasures! As you go along, you will find secrets and puzzles that will unlock new areas and new puzzles to solve. And new areas to explore.

The graphics in the Path of Giants are fantastic, and the animation is top-notch. The backgrounds look amazing, and the characters look alive and real! The backgrounds in each level are absolutely gorgeous, and you will want to explore them every chance you get to!

If you like puzzles and have never played a puzzle game before then, you are in for a treat with Path of Giants. The puzzles are challenging but never become frustrating, and the adventure is a real treat for anyone! There are a huge number of items to collect throughout the game. When you’re done with the main quest, you can pick up a few of these treasures to add to your collection as well. Some of the treasures include weapons and armour that will help you along your adventure and provide a lot of added benefits.

The main objective of the game is to get to the end of each level. You can collect the gold needed to do this by collecting gems that you find, fighting off enemies and defeating bosses and even defeating monsters you encounter along the way.

There are some minor problems you might run into, though. The controls aren’t perfect, and sometimes you can get stuck on certain parts of a level. But, these are things you can easily fix and don’t take away from the enjoyment of the game.

Overall, the Path of Giants is a must-play adventure game that anyone should try out if they enjoy adventure games. This game is full of content and can provide hours of entertainment.