According to PC Gamer, Chinese is now the most popular language on video game platform Steam. PC gaming has been popular in China for forever, ever since the government banned video game consoles in 2000, a ban which lasted for 15 years. That love for the PC format has never gone away, and platforms like Steam are benefitting, with games like Chinese Parents and The Scrolls of Taiwu, only heightening the appetite that gamers and game developers have for the increasingly lucrative market. Below, we highlight five games that we think will prove to be hits online in 2020.

Set for release in February of this year, this long-awaited release developed by Lantern Studio and published by Coconut Island Games has already received awards for its music and artwork. After gaining global recognition for the excellent Chinese Parents, which was released back in the middle of 2018 but has enjoyed a fabulously long lifespan on Steam, Coconut Island Games are absolutely one company to watch. Luna: The Shadow Dust is just one of the games that the company has slated for release this year, alongside Rascal Fight, a “fun and exciting fighting game,” and A Perfect Day, which rewinds to ’90s China. The point-and-click game again has gorgeous visuals, while gameplay is wordless, a young boy and his companion make their way through an adventure inspired by games of old.

Now for something a little bit different. This super zany fighting game is based around the idea of calligraphy combat, with fighters using blobby characters holding calligraphy ink brushes to defeat their opponents. Purported to make use of bizarre swing mechanics and with characters capable of harnessing incredible supernatural abilities, this game sounds like a blast. It also supports local multiplayer mode so you can battle with or against your friends. Developed by game company BigYu, a demo for Wanba Warriors was released in mid-2019, with the full game expected to drop in 2020. Beijing-based Zodiac Interactive, the same folks who brought us the super-weird Candleman, are also behind publishing for this one.

This surprise (read: under-the-radar) hit was released on January 3 through Steam and quickly climbed to the top of the week’s best sellers on the gaming platform selling 50,000 copies in under a week. Developed and published by Han-Squirrel Studio, based out of Shenzhen, Sands of Salzaar is an open world fantasy game that takes place in a desert, with players tasked with recruiting a variety of characters to shape the future of your world. Reviews of the game have been largely positive, as gamers and media outlets have been impressed by the ambitious scope of the game, which takes place across an unfolding world, with large battle sequences.

This game, made in 2.5D format in order to appear to be 3D when they are, in fact, not, takes the player through a terrifying world that mixes cyberpunk and mythology together. Developed by Toge Productions, the game’s official Twitter site places itself in Neo-Hong Kong. Players take the role of Mei Lin Mak who is a de facto detective, investigating technological glitches that have infected Neo-Hong Kong. She must break a family curse in order to put paid to the spooky real-world glitches. This game has been receiving a ton of hype for the unique scope of the story and also the gorgeous visuals. The game is set to be released on a variety of platforms and consoles, including Windows PC, Mac, Nintendo Switch and Xbox One.

Taking China’s reinvigorated mania for mythology and packaging it in game format, indie developer Misty Mountain Studio has made this 2D side scrolling point and click game, The Rewinder, the art for which has been called beautiful by a number of media outlets. Due to come out in 2020 on Steam, though a specific date hasn’t been assigned, The Rewinder should appeal to fans of animation and mythology alike. Taking on the role of a special agent, gamers are tasked with interacting with monsters and deities and helping spirits to achieve a rebirth and to return to the living world.

YOOZOO Games Team On the Secrets to Their Success

We linked up with YOOZOO Games to talk about increased gaming competition in China and new game features.

Here's How You Can Win Tickets to the China NBA Games

Next month, the National Basketball Association is returning to China.

We recently caught up with the man behind the project to chat about his newest song and the challenges of creating music that bridges cultures.

Ever wondered what a concert set on the rooftops above the super-huge metropolitan expanse of Shanghai looks like?

This 'Avengers' Fan Video is Going Viral in China

Highlights of the fan fiction video include Captain America taking a rip on a motorized scooter.

The Mamahuhu Crew Dishes out Ruthless 'Burns' in this New Video 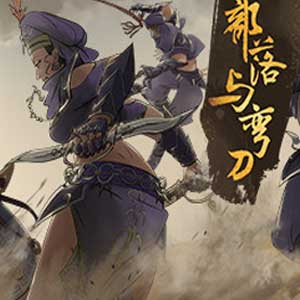 The mythical land of Westeros will soon arrive on phone screens in the very real land of China.

...and they're goin' old school with it.