'Sumeru' is a body of work that metaphorically illustrates the mental journey that is undertaken in Zen Buddhist training and practice. In Zen literature, the word ‘land’ is commonly used as a symbol for the ‘mind’, and through a series of photographic montage images I have envisioned an exploration into the depths of this metaphorical ‘mind-world’.

CREATE YOUR FREE ACCOUNT
DOWNLOAD OUR FREE DESIGN TOOL
CREATE YOUR PHOTO BOOK
Upgrade your keepsake Layflat book with exceptional, archival-quality Mohawk paper, designed to be held and enjoyed for generations to come. 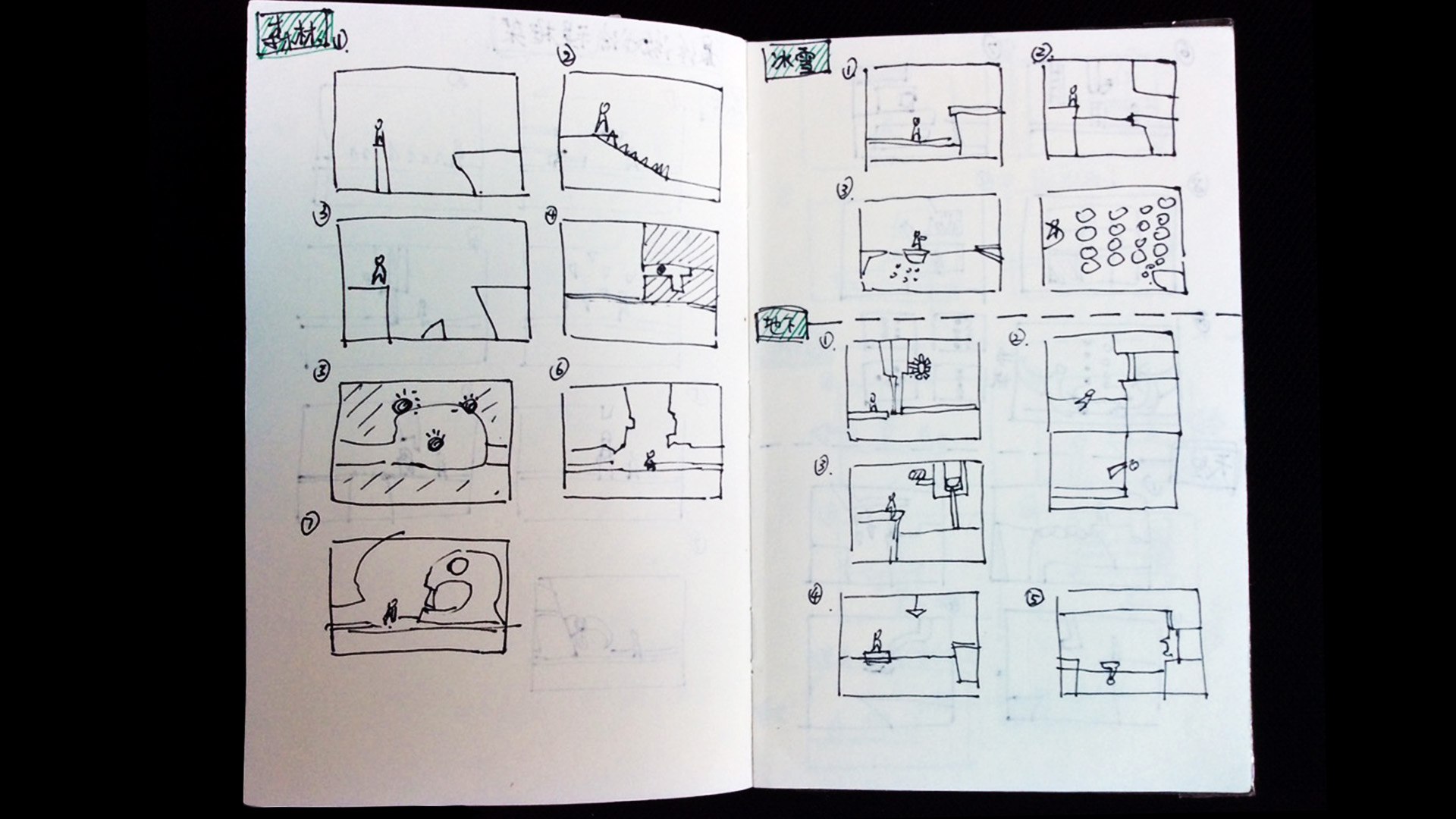 Fill your pages faster with BookWright’s latest feature, Quick Design. Simply auto-flow your photos into one of our 10 new, designer templates. Easier than a, b, c!

BookWright features videos, instructions, and tips built right into the application so you’ll have everything you need right at your fingertips.

Put special moments on proud display. BookWright makes it easy to create unique wall décor with your photos and designs.

Ready to make your book?

John Negru (his Dharma name is Karma Yönten Gyatso) knows Canadian Buddhism. He is the founder of The Sumeru Press, an independent publisher of Buddhist books based in Ontario. Alongside an impressive and growing catalogue of books produced by Sumeru, the company also hosts an online directory listing nearly 600 Dharma centers across Canada by location and/or tradition.

Born in Montreal in the post-WWII baby boom, Negru followed the path of many North Americans who came of age in the late 1960s, reading books on Eastern spirituality and eventually dropping out of McGill University to pursue Zen practice at the Montreal Zen Center, where he lived full time as a monastic until 1975. While there he met and took refuge with the renowned teacher Kalu Rinpoche (1905–89) and later became a student of Geshe Khenrab Gajam (1928–93). Negru returned to school in 1975, this time at the University of Toronto. Dropping out once more the following year, he launched a graphic design—and eventually typesetting—business where he would work until 1990. Along the way he became the coordinator for the Toronto Buddhist Federation (TBF), which would later become the Buddhist Council of Canada (BCC).

In the 1990s, the onset of desktop publishing caused the collapse of the typesetting business. Negru used this time to write on topics including typesetting, design, and publishing, as well as to teach at Ryerson University. He went on to earn teaching credentials and, after 15 years of teaching in Canadian high schools, Negru is on the verge of retiring, which he says will allow more time to focus on his love of Dharma publishing.

John Negru, right presents a donation check to Michael Tzann-Wei
Wang, of the Buddhist Compassion Tzu Chi Foundation Toronto
Chapter, recently. The banner in the background shows a variety of
Sumeru book covers. The funds were proceeds from the sale of Lotus
Petals in the Snow: Voices of Canadian Buddhist Women. From
sumeru-books.com

Buddhistdoor Global: What motivated you to start Sumeru?

John Negru: Originally, I wanted to combine my Buddhist practice and publishing expertise in 1993. I incorporated the company, but the technology wasn’t yet ripe. The idea then lay fallow until 2007.

That year I met George Klima, who had a web directory of Buddhist temples. He wanted to upgrade it from basic HTML to a more fully-featured platform, and I offered to help. We put it on a Wordpress CMS platform and incorporated Google Maps APIs for each temple. Soon after, George wanted to retire, so I took our data and launched a new directory site: Sumeru, using my existing company to do so.

BDG: So Sumeru in a sense began as an online hub, not as a publisher per se.

BDG: How did the publishing part get started?

JN: In 2009, I attended a publishing conference and learned about new digital production and supply chain management platforms that would allow me to realize my dream of publishing Buddhist books and distributing them globally, without the massive investment that typifies the giant legacy publishers.

It was the convergence of the maturation of digital design tools, blog technology, digital printing, e-books, web-based supply chain management, and micro-payment systems in 2009 that was the fulcrum. Using that disruptive print-on-demand and e-book technology, I began publishing Canadian Buddhist books in 2009.

Almost immediately, I was approached by Buddhist authors in other countries. While I publish books from all over, and sell globally, I’ve got a special spot in my heart for Canadian Buddhist writers! 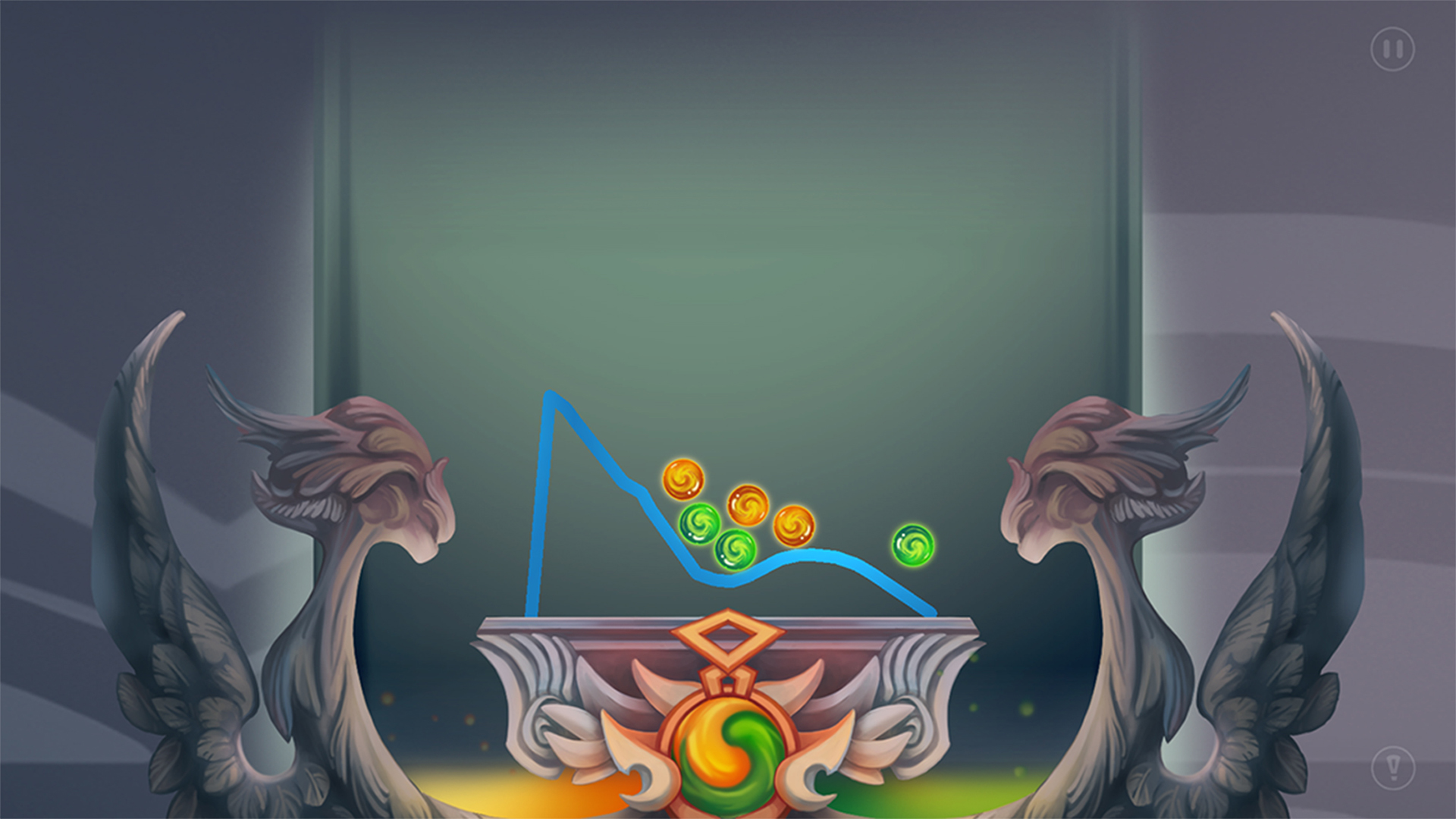 BDG: What draws authors to Sumeru instead of the other publishers? 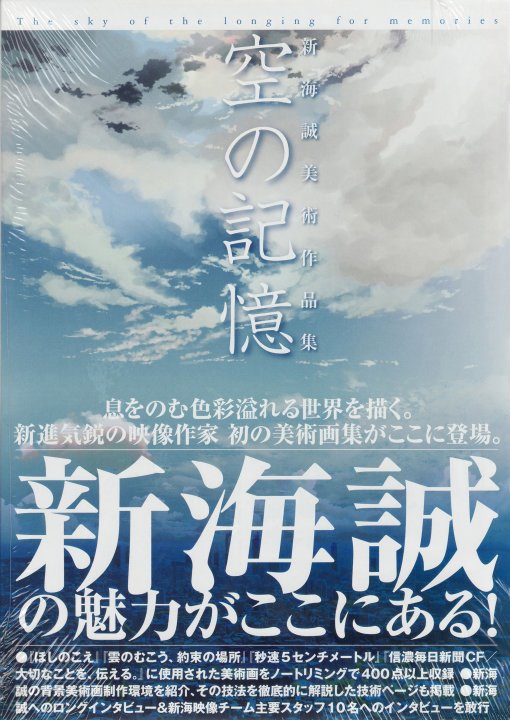 JN: Large publishing companies (regardless of their area of focus) are constrained by many forces that determine whom they publish, editorial calendars, economies of scale, warehousing and logistics, the shrinking role of print in our society, the disappearance of bookstore culture, and the enormous cost of marketing in a cacophony of competing attractions (just to name a few). As such, their publishing model is extremely risk-averse, and royalties to authors are typically in the 6–8 per cent range. A-list authors may receive significant advances, but books which are not guaranteed of significant sales don’t make the cut.

As a Buddhist publisher, my model is completely different. I am not publishing to make a profit, although it is necessary for me to generate enough of one to sustain the business since it is not a charity. I see this as a collaborative venture with authors. We share costs (which are negligible with the new technology) and profits 50/50. In many cases, we donate the profits—or a portion thereof—to a Buddhist charity. I am more interested in fostering new voices and bringing a Buddhist perspective to new societal contexts.

Many Buddhist publishers are conduits for the teachings of their unique lineages and are not independent of them. They may be very well funded and have a built-in audience, thus insulated from the rough-and-tumble of the market, but they are conversely limited by those parameters.

As with many other aspects of life on this planet, diversity is healthier than monoculture. Publishing should not be a zero-sum game.

Like most “religious” publishers, my motivator is the “message,” not the money. Buddhist publishing is already a niche, and I am microscopic in the grand scheme of things. But my 1960s “power to the people” roots inspire me. (Or perhaps, like Ksitigarbha, I’m willing to walk through publishing hell if I can free just one reader.) 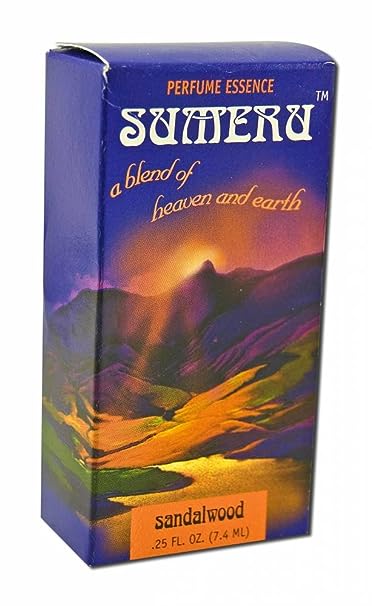 BDG: How do you see the state of Buddhist publishing today? Is it growing, stagnant, or under threat?

JN: That’s a question with many possible answers, including “all of the above.”

I see two very large behemoths (Shambhala and Wisdom), a smattering of guru-centric publishers focusing on one lineage, attempts by large secular publishers with “spiritual” imprints to capitalize on interest in Buddhism from the general public, and me. I don’t see a vibrant small-press culture and that is distressing. 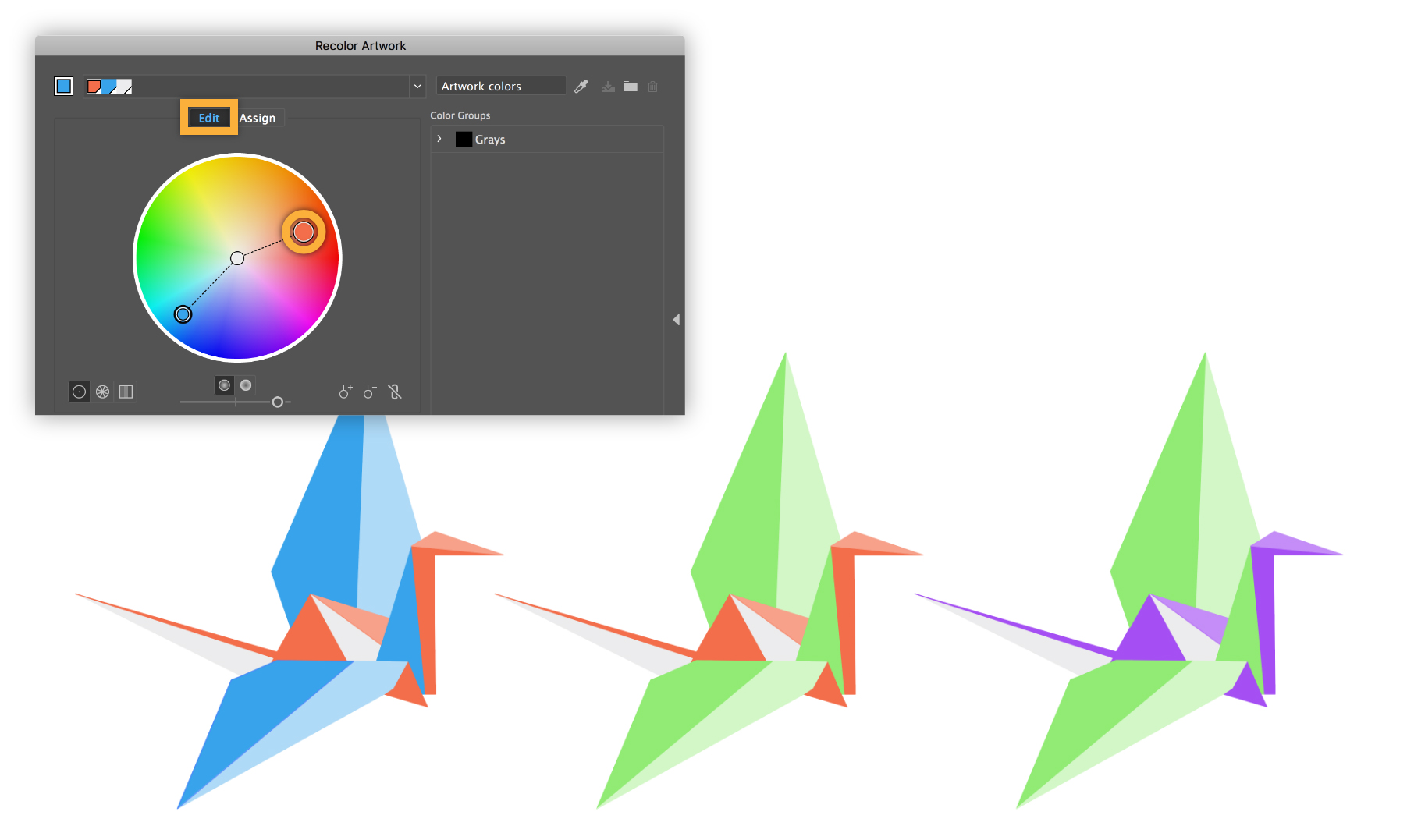 There is an unsettling emphasis on shallow, feel-good books for those just contemplating or entering the Dharma path, at the expense of more challenging titles. That includes the current trendy topic of mindfulness, which is (in my humble opinion) mostly a secular subversion of Buddhism divorced from its larger ethical or transcendental contexts (with a few exceptions). Good as far as it goes, but it doesn’t go very far.

On the flip side, I’m starting to see a maturing and broader scope in Buddhist writing that was absent before. Buddhist teachers, practitioners, writers, and scholars are trying to apply Buddhist perspectives to societal issues (social justice, political issues, environmental activism, gender and sexuality, interfaith dialogue, etc.) For example, the book I’m in the middle of writing now is about the intersection of engaged Buddhism, emerging technologies, and sustainable development.

When the 25th anniversary issue (Fall 2016) of the Buddhist magazine Tricycle came out, it featured a short editorial about the spread of Buddhism in the United States, complete with a pin-filled google map showing the locations of several thousand centers of Buddhism. However, not a single pin could be seen in Canada. Noticing this absence, Negru felt compelled to comment. He wrote a short letter to the editors expressing his wish that they cover the nearly 600 Dharma centers flourishing in the land “north of the 49th parallel.”

Noting this and continued US-centrism, Negru told Buddhistdoor: “It is a well-worn trope that Canada is a vast land of isolated settlements. When I started Dharma practice in the 1960s, there were fewer than 10 Buddhist centers in Canada. Now there are almost 600. Relative to the size of the US population, and the number of Buddhist centers there, Canada has embraced Buddhism much more.”

With this growing community and a number of world-class university departments and scholars in Canada, Negru remains cautiously optimistic, noting, “I’m particularly excited by what The Robert H. N. Ho Family Foundation has been doing at the University of British Columbia and the University of Toronto.”

However—as many Buddhist teachers will observe—the Dharma is neither optimistic nor pessimistic, but realistic. And, perhaps with a nod to this attitude of realism, Negru concluded with a sigh: “Beyond America, Canada is again virtually invisible. When I look at international Buddhist news sites’ coverage of North American Buddhism, it is always about US stories.”

Yet thanks to the committed work of Buddhists such as Negru across Canada, the US, and beyond, the light of the Dharma continues to spread and thrive across continental North America.

Founding a Landmark of the Dharma in Canada
Tung Lin Kok Yuen Canada Society: A Warm and Venerable Buddhist Presence in the Heart of Vancouver
“We Have All Made Mistakes” - Teaching Mindfulness in Prisons: A Different Kind of Rehabilitation