The Banner Saga 3 General Discussions Topic Details. Aug 23, 2018 @ 3:38pm Unlock Kivi? I know there was a way to get Tryggvi in the first game, is there.

This choice guide is based on a TBS Decompiler readthrough. I had difficulty understanding certain parts and finding certain items in my cross-referencing, but for the most part, this is decently thorough. I will hopefully clean it up at some point. Please let me know if you find any blatant errors.

A general rule of thumb is that bad things happen if you lose a battle, and sometimes, good things will happen if you win battles. I did not include this information in this guide, as battles were the hardest for me to sort out.

Chat with Oddleif
No matter what path in conversation you take, Morale +15

Chat with Petrus
“May I offer some advice?”
“Please do” leads to +15 morale

Chat with Rugga (if on his side). No lasting consequences

Chat with Petrus. Nothing happens.

Chat with king
“convince him on my behalf”
“Am I truly the best choice for this” leads to +10 renown
“An in return” leads to “flagName”: “@happening=16_king_item”
“My clansmen have many needs”
“We are short on food and supplies” leads to +100 supplies
“We need protection” leads to +20 fighters
“We need a safe place” leads to setting your camp on the black rock, which prevents
peasant and fighter deaths later.

Fasolt and Hakon chat. Nothing happens.

If inside the walls , second fight is in Rugga’s tent. Win or lose, outcome is the same, except:
If you win, “Break his nose” changes his appearance in dialogues.

Ambush on Petrus’ men. First two choices result in battle (renown).
“Stand aside” leads to no fight.
If Gudmundr is there(?) after the fight, he’ll ask to join you.
“Fight like you did there and you’re welcome to join with us.” leads to Peasants+113,
fighters+54, supplies+13, morale+15

No important decisions until “Folka’s face turns red enough to melt snow. She screams, and you only barely manage to turn aside her spear. Others are drawing weapons.”
“Respond fast and hard, with a show of force.” leads to Ekkil dying, if you have him. Chat with Ludin in camp for +15 renown.

Tryggvi chat
“Quickly! What’s your question?”
then
“I could certainly use one right now.”
then
“You’ve asked three or four already, why stop now?” leads to receiving Tryggvi’s upgraded
necklace and morale+15
Any other course of action leads to morale +10

Chat with Yrsa leads to +15 renown

Rugga chat in prison does not have any consequential choices.

Chat with Fasolt and Hakon.
“Just do us this favor and you’ll have your fight, I promise!” leads to Fasolt and many Varl
leaving. Barrels are set up.
“Hakon, please help us. We can’t do this alone.” leads to nothing(?) and no barrels.
“Idiot! Use your head, don’t throw your life away!” leads to Hakon leaving the party(?)
“Help us and you’ll have half our remaining supplies, for your varl. We’ll manage with less.”
leads to all Varl staying, lose 1/2 supplies. barrels set up.

Chat with Rugga in prison again. I had a lot of difficulty sorting out what consequences these
choices have. It seems they may be related to slight changed in upcoming combats, but I’m
not 100% sure on this one.

Ruin fight, if Canary is with your party, Ubin will show up(?) Does he show up any other time?

Menders working on walls:
If Egil is alive, “Do as much as you can at the walls.” will lead to his death.
“Send word to the caravan to get clansmen involved in repairs.” leads to -20 peasants and
wall patched without Egil dying.
Passing them by leads to nothing, but wall not as fixed, which causes more problems later.

Loyalists of Rugga’s accost you in the street.
“I’ll get to Rugga after I deal with this, myself.” leads to a premature death for the king.
“Don’t go easy on them, Petrus.” allows the king to die later in the story.

Folka wants to rest.
“Encourage a full rest, only a few sleeping at a time.” leads to harder fight.
Other two choices lead to same difficulty of fight. Not sure if other differences. 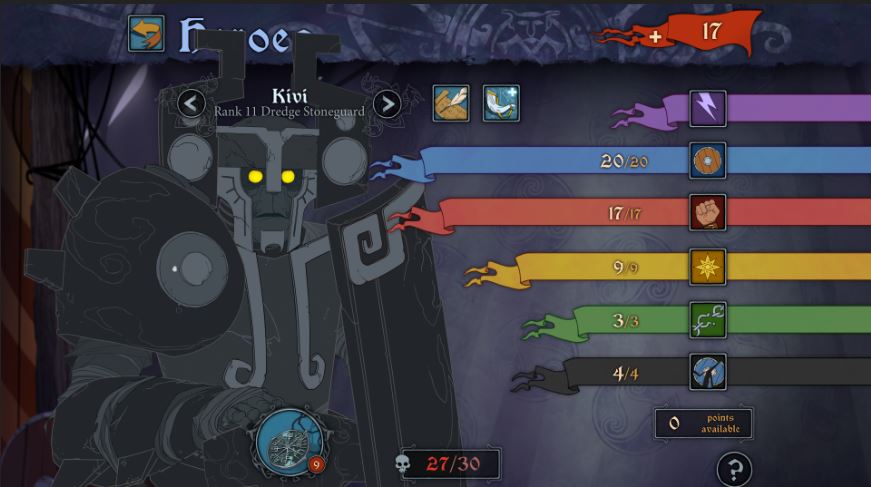 Chat with Folka:
“Alright, Folka. You made yourself clear.” leads to +15 morale.

Crossing the land bridge:
“Take an alternate route.” leads to Sigbjorn dying
All other options lead to unsure outcomes.

Skulker eggs.
“Smash as many as you can before continuing.” leads to morale +10
“Allow the stonehurler to do whatever she seems to want to do.” leads to new stonehurler
ability.

Krumr betting who would win in a fight.
“I wouldn’t even need both arms.” leads to +10 morale.

Brambles and forest blocking people.
“Take a rest before pushing into the forest.” leads to Mogun dying.
If “Move from clearing to clearing, quick but exposed.” is available, choose that one for “best
option,” notes say.

Chat with Bersi.
“Sit quietly until the others wake up.” leads to +15 morale.

Leading into Ridgehorn
“Agree with Folka’s plan.” leads to Folka, Oli, and Sparr splitting off. Is this good? They show
up in a fight later, which makes it harder, but I’m not certain if other differences.

Chat with Juno. No choices of consequence

Aleo wakes you up. No options of consequence.

Starving people.
“Share your own personal supply and allow your clansmen to do as they please.” leads to -5
supplies
“Leave a sizable bundle of food with the survivors.” leads to -25 supplies
“Ignore the beggars.” leads to nothing.
“Promise to do what you can, when you have time.” leads to morale -5

“Dredge killer” lady
“I know as much as any of you.” leads to +11 peasants.
“Hold out hope! I personally know the Valka are well on their way to fixing this.” leads to
+112 peasants.
“Things are bad, but we’ll survive one day at a time.” leads to +57 peasants
“Leave me alone, I’m no champion.” leads to -5 morale.

Chat with Zefr after has no choices.

Dytch stuck in hole.
Three choies, but unclear what each does, as they seem to be linked to combat. If you
choose to create a distraction, your characters are scattered a bit, but drawing weapons and
surrounding him allows you to set your characters back a bit, I think. 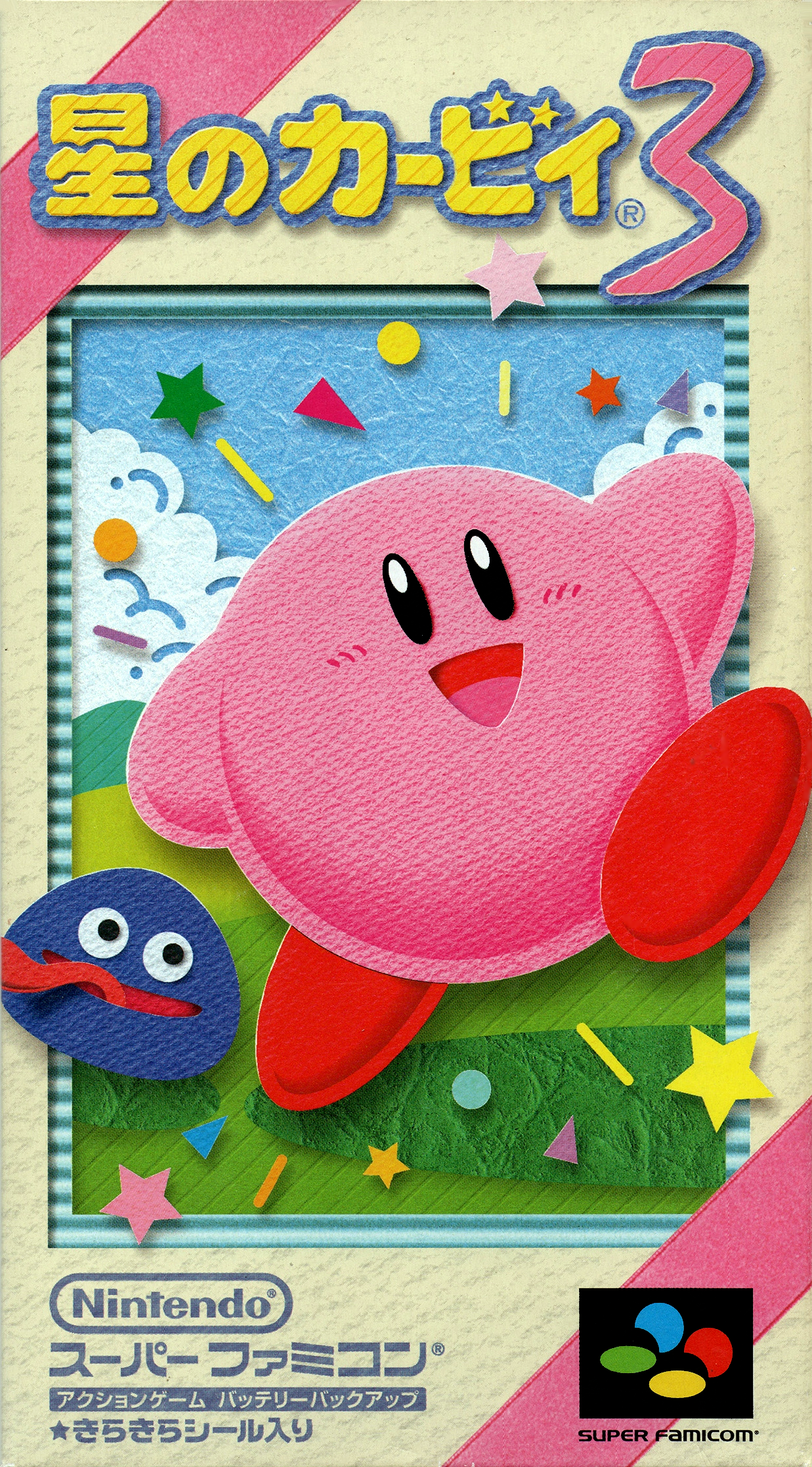 Eyeball monster
“Hide within a dredge dwelling until it passes.” leads to -1.6 days
“Split into groups in case it gives chase.” leads to -1.1 days
“Run for it and hope it doesn’t notice.” leads to nothing.

Grass shards
“Move carefully and quietly to avoid wounds or noise.” leads to -2.1 days
“Let Folka and the other shield wielders bash a path.” leads to +10 morale (and -0.5 days if
no Folka).
“Keep up your pace and tough it out.” leads to morale -5 and days -1.3

Frozen ocean
“Maybe for small folk. Let’s skirt the edge.” leads to -1.6 days
“Spread out in single file and push onto the ice.” leads to nothing
“Rest and prepare better to move across ice.” leads to a flag being set. (it took a lot of time
when I did this in the playthrough, but I didn’t see time passage in the notes.) 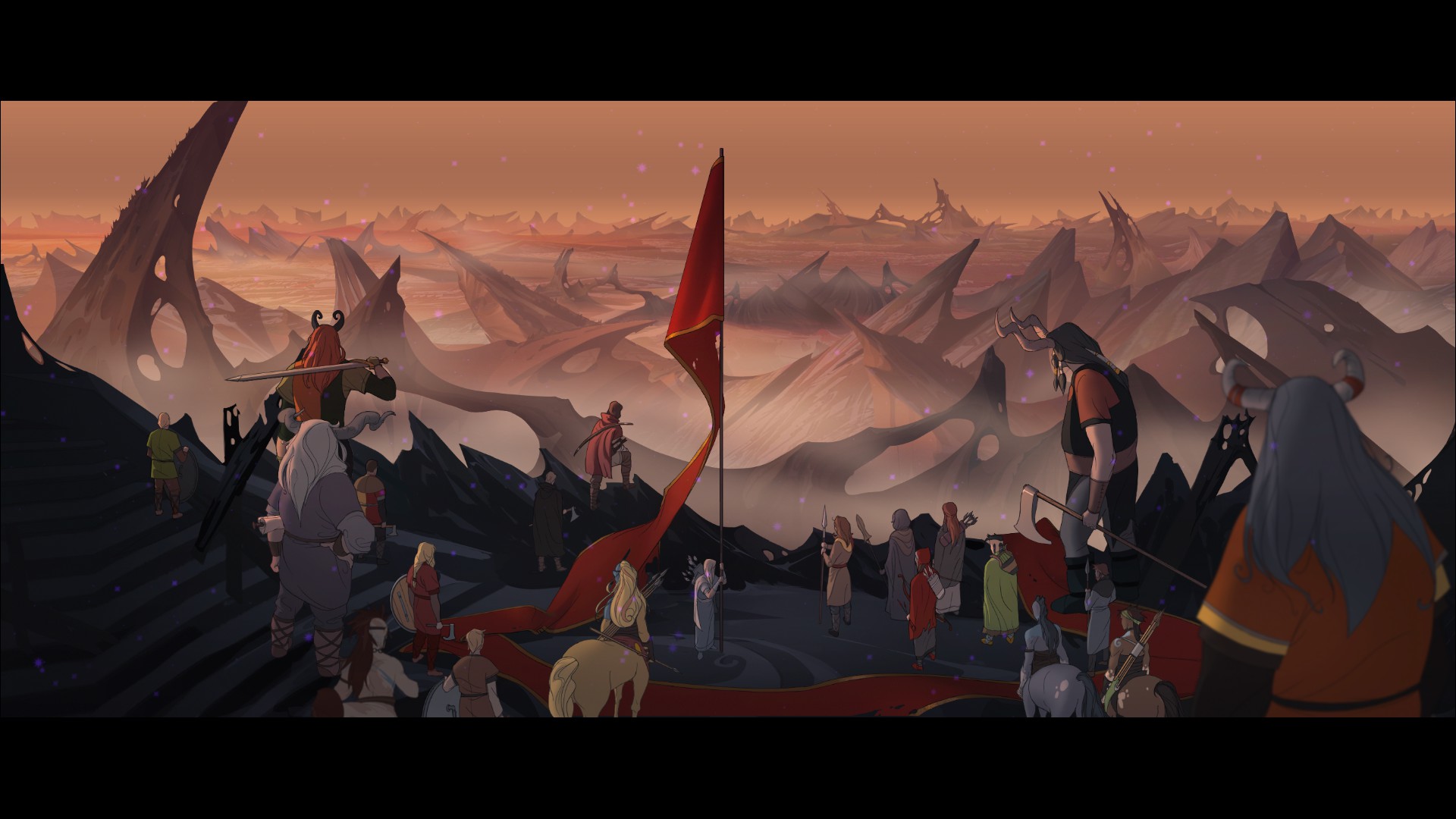 Searching for Juno
“Separate into two groups to search a larger area.” leads to Bak dies and fight.
“Methodically comb back and forth as you go.” leads to -1.1 days and a fight.
“Keep heading in your current direction.” leads to -2.7 days and return to choices.

Seeing hallucinations
“Make a joke at Oli’s expense.” leads to nothing.
“Encourage everyone to toughen up.” leads to -5 morale
“Ask Eyvind if he can do anything to help.” leads to +15 morale

Godstone
tap the bell with weapon for nothing
pull hard on the rope to obtain an item and fight a relatively tough battle
Leave for nothing.

Tistelberry Mead
“Tell them to stop drinking and be quiet.” leads to -5 morale
“Tune them out and keep focused.” leads to nothing
“listen to them” leads to +25 morale no matter the choice after. 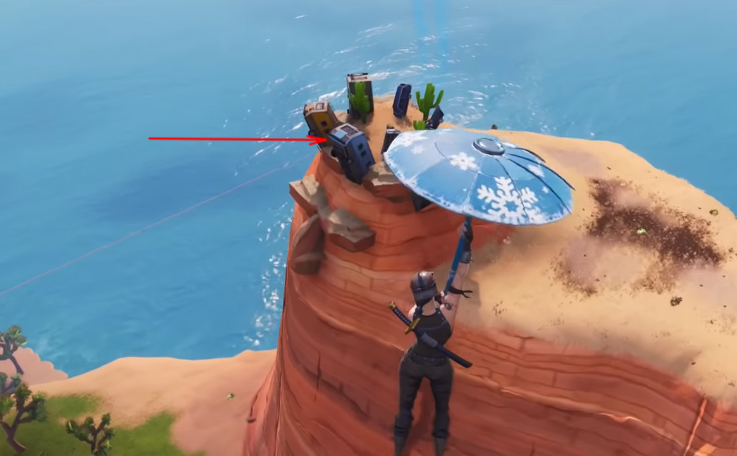 Oli and Valgard argument
No choices of consequence

Crowd of warped, shadows
“try to weave around them” goes poorly, I think?
“charge” appears to be best.

Field of dredge bodies
“I don’t know or care. Let’s get out of here.” leads to nothing
“Inspect the dredge briefly for clues.” leads to -0.4 days and +5 renown, -5 morale
“Tell everyone to spread out and look for anything valuable.” leads to item, -5 morale, -1.2
days

Bolverk Confrontation
If you charge Bolverk, it will remove the “rounds” element of the fight, but Iver will be right in
front of Bolverk. Only do this if Iver is first in your lineup so you can retreat him or attack on
the first turn before Bolverk trashes him.

Chat with Aleo
No choices, but +15 morale anyway.

Outskirts, food rationing
“Combine and ration the remaining food tightly.” leads to +1.5 days
“Send armed forces to pillage what they can from other clans.” leads to +2 days
“Encourage everyone to fend for themselves.” leads to +1 day

Reinforcing the walls:
“The walls are yours, Ludin. Your father would be proud.” gives +3 days
“Petrus, gather your guards. You’re in charge here.” gives +2 days
“I’m putting the horseborn to work. Get Scathach.” gives +2 days
“We can’t spare anyone, Zefr. Hold out as well you can.” gives +1 day

(If Ruin left alive) Ruin causing trouble:
“Improve fortifications and keep fighters prepared.” leads to +1 day
“Send a mender to scout into the darkness and report back.” does nothing
“Save your time and resources for later.” leads to +2 days

Chat with Egil
If you’re Allette, “Kiss him on the cheek.” leads to budding, young love. Aww…

Chat with Eirik (if with you)
No choices of consequence.

Chat with Hogun (if still fighting in party)
+15 morale regardless of choices.

Chat with Mogr
+15 morale regardless of choices.

Chat with Ubin
+15 morale regardless of choice.

Chat with Zefr
“What’s your plan now?” gives you an item.
All choices lead to +15 morale, anyway.

Downstairs drunks and mead
“Save the supplies and wait for help to arrive.” leads to +1.4 days and saving the mead
“Use the barrels to help repel the warped.” leads to +0.7 days, -5 morale, and no mead.
“Rouse the drunks to stand their ground and fight!” leads to Tryggvi dying and +0.5 days (+ an
extra 0.2 if Tryggvi dies)

Setting up watch on the black wall
“Forget the watch. Exhaustion is a bigger threat right now.” leads to +1.3 days
“The strong protect the weak. Let volunteers take watch.” leads to +0.9 days
“Force everyone to take their fair turn.” +0.3 days and Hogun dies.

Dallren giving you bread.
“You’re right, Dallren. I’ll make sure this bread will be put to best use.” gives +0.5 days
“I know everyone won’t make it, but we have to try.” gives +0.3 days
“Nobody starves on my watch. Nobody.” gives +0.1 days

More of this sort of thing: