The next instalment in the multi award-winning PC series that combines turn-based strategy with real-time tactics, Total War: ATTILA casts players back to 395 AD. A time of apocalyptic turmoil at the very dawn of the Dark Ages. Experience the horrors of the apocalypse with Blood & Burning for Total War: ATTILA. This pack adds blood-spurt effects, decapitations, limb-lops, disembowelment and more to the game. Disease-ridden soldiers can even be seen vomiting on the battlefield, adding to the ghastly realism.

We’ve been listening to your thoughts on the Blood & Burning pack, so we’ve spent the last few weeks re-engineering it for greater impact (yes, that does mean buckets more claret). This hotfix is live now. There’s a bunch of changes which we hope you’ll like, in particular the much wider range of combat animations which result in copious spillage. Blood decals now appear on all terrain types and they stick around longer, too. You can find the full list of improvements below.

Incidentally, you may notice some subtle changes to the mod manager in the Attila Launcher. This is because we’re preparing the ground for the release of the Attila Assembly Kit. It’s still in the oven but it’s nearly done, so stay tuned for imminent news! 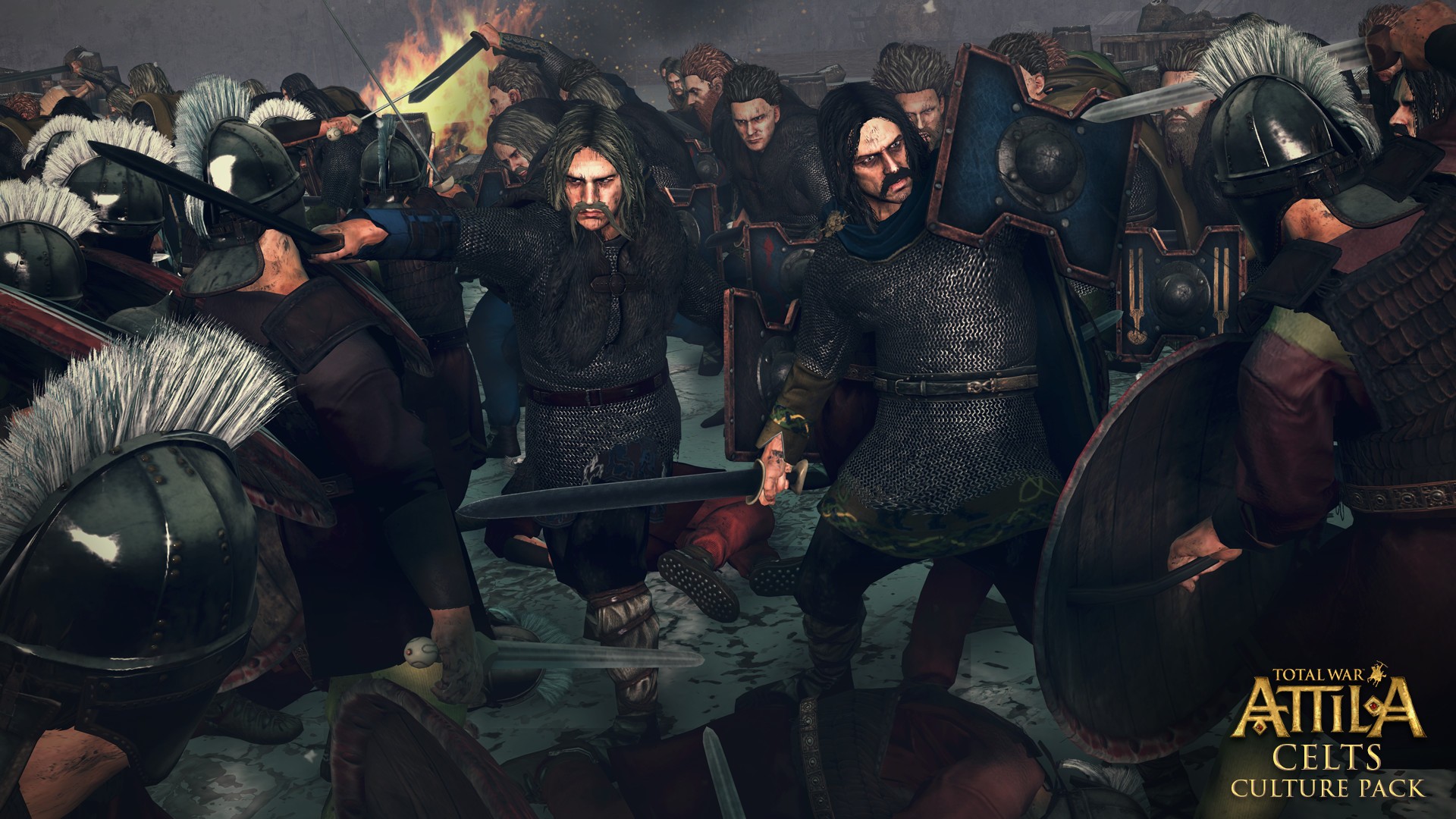 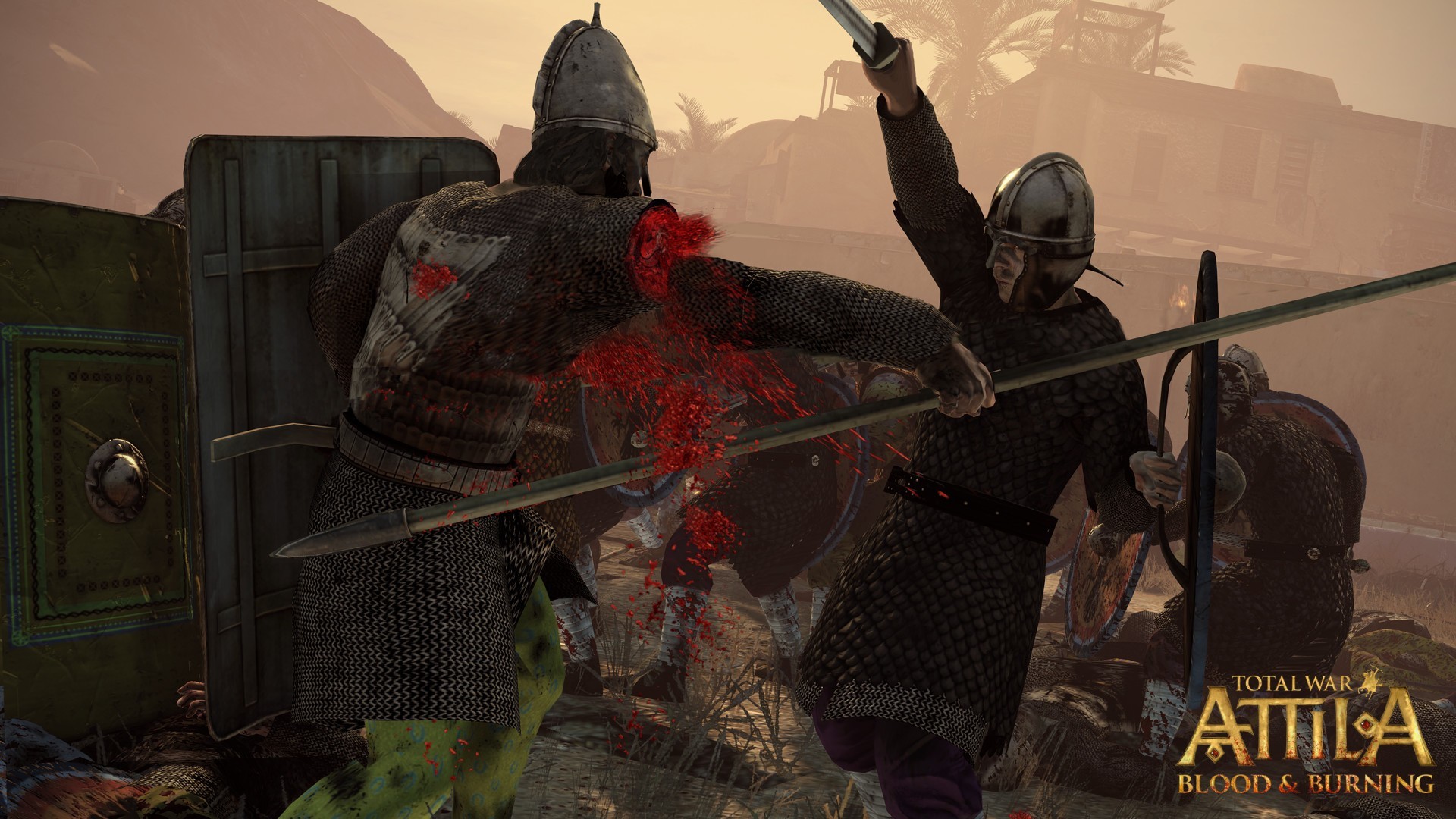