Changes vs last torrent:
Reduced size of archive by 2 GB.
Fixed bugs regarding the archive such as x property of bin files missing.
For amd users :
Game crashes at loading if using radeon driver instead of amdgpu.
How to add mods:
1. Register mods in the preferences.scripts.txt file as 'mod modpackname.pack;' without the quotes
2. Change preferences.scripts.txt file to read-only (you can no longer save settings, but otherwise the game overwrites the changes after each time you close the game)
How to change language:
1. Download the desired language files and extract them to /Total War THREE KINGDOMS/share/data/data/localisation.
Brazilian - Portuguese , Simple Chinese,Traditional ChineseCzech, English, French , German , Polish , Russian , Spanish , Turkish, Korean ,Italian
2. Go to /.local/share/Goldberg SteamEmu Saves/settings and open language.txt .Delete what's inside and just write the language you downloaded, for example: for BR write brazilian or for FR write french.
Minimum requirements:
Requires a 64-bit processor and operating system
OS: Ubuntu 18.04 64-bit or equivalent
Processor: 3.4GHz Intel Core i3-4130
Memory: 6 GB RAM
Graphics: 2GB AMD R9 285 (GCN 3rd Generation), 2GB Nvidia GTX 680
Storage: 40 GB available space
* Requires Vulkan
* Nvidia requires 418.56 or newer drivers.
* AMD requires Mesa 19.0.1.
Join our Element/Matrix Community for technical support or to talk. Non-proprietary, Federated, Decentralized and End to End encrypted.
I have started a project to provide compatibility information for pirated games on Linux. It's named PirateDB and contribution is welcome.(Tor Browser)

With the introduction of The Furious Wild Expansion Pack comesthe first ever extension of the Total War: Three Kingdom’s map andits already rich cast of characters. Visit the jungles aroundSouthern China and with it, the fearsome tribes of the Nanman. Willyou unite the tribes of the south?

As well as expanding the Three Kingdoms map, The Furious Wildincludes the new Nanman culture, adding diversity to the base gamefactions, units and playstyles:

Difference unites as much as it divides
In the verdant jungles of Southern China, forces so far unmet arestirring. The disparate tribes of the Nanman have for centurieslain divided, but now a new leader must emerge to unite them – byany means necessary.
The mighty warriors Meng Huo, King Mulu, Lady Zhurong and KingShamoke bring with them unique methods of battle, from flamingmaces and blowpipes, to revered elephants and tigers. Separatedthey are vulnerable, together, they might just be unstoppable.
Play as any of the new playable Nanman factions in the years beforetheir encounter with Zhuge Liang and his famous Southern Campaign.Experience the might of the Southern tribes, all while exploringnew areas of the Three Kingdoms map. Can you unify these uniquewarriors and take on the mighty Han, or will jungle warfare takeits toll on these newly formed allegiances?

Having risen through the ranks of the Nanman tribes, Meng Huohas gained repute for his fierce but stubborn leadership. Loyal tohis friends but merciless when it comes to his enemies, histenacity garners him as much trouble as it does success. With onegoal in mind – becoming the king of the Nanman – Meng Huo must lookto his neighbours to help spread the flames of his rule.

When Meng Huo takes control over another Nanman faction, eitherby making an alliance or destroying them, he gains certaintemporary bonuses. These bonuses can also be stacked, creating arolling momentum that will surely bring Meng Huo the kingship hedesires.
Unique Units: 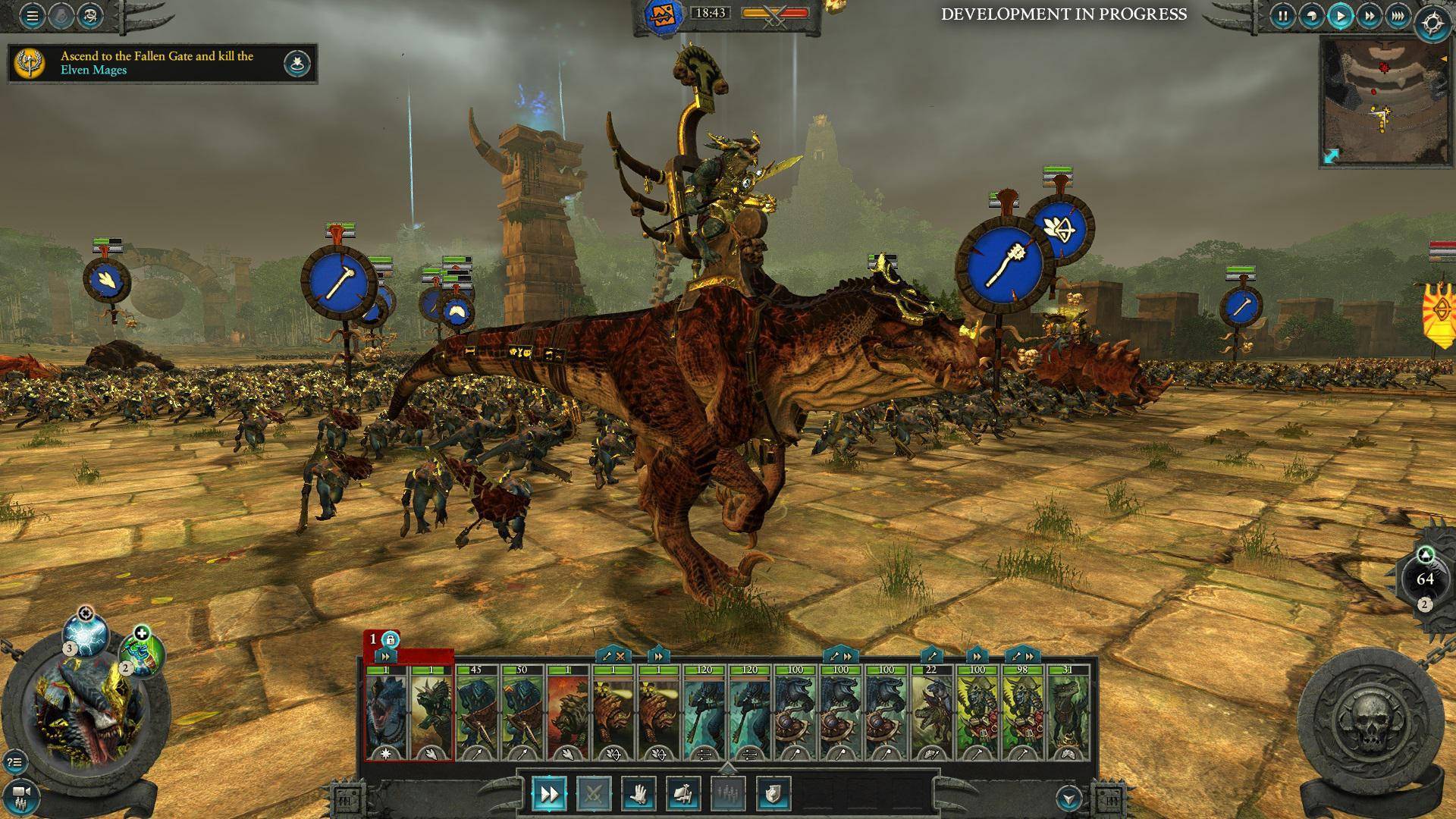 A descendent of the god of fire, sparks fly when Lady Zhurongenters the battlefield. With a hot temper and an iron will, sheseeks to expand her lands, and remove any obstacles in her way. Herpassion seems impossible to rival, but there may just be alliescloser than she thinks.

Across the seasons, Lady Zhurong accumulates points toward herGoddess of Fire mechanic. Once enough points have been gathered,players have the ability to activate her Wild Fire bonus; thisformidable bonus makes her units near unbeatable in battle. Thebonus changes according to the season it is activated within, andthese powerful effects last across a series of turns. Once WildFire has burned out, Lady Zhurong is vulnerable for a short periodand will need to recover before she can fight again withoutweakness, so time your expansion wisely.
Unique Units:

In the undergrowth of the Southern jungle roams King Mulu, afriend to the animal kingdom, but a stranger to man. Spending timein the animal world has gained him many advantages, not least, themighty elephants that walk by his side. Now Mulu must face hisbrethren, but will his pride get in the way of futurepartnerships?

You know what they say, ‘Pride always comes before a Ritual’,quite literally in the case of Mulu. During his campaign he willaccumulate Pride, his faction’s pooled resource, according to therank of characters he defeats in battle. Your faction will gainlucrative bonuses to animal units, such as an increase in unitcapacity and even a decrease in recruitment cost, in line with theamount of Pride you have reached. Periodically, Mulu will take partin spiritual rituals, invoking the elements to grant additionaldistinct bonuses for his faction.
Unique Units:

Shamoke’s origins may be as murky as the dense jungle hecontrols, but his drive for power is all Nanman. As the ruler ofthe five valleys, several tribes have pledged their allegiance tohim, but many remain wary of the leader. The Han’s interest in himhas only deepened this suspicion. With both sides in opposition,Shamoke must choose where his loyalty truly lies, and neitherchoice is without cost.

Shamoke’s chief concern is uniting the Nanman under his rule,and so, his faction mechanic gives him bonuses according to whatunification technique the player chooses to employ. Whether youconquer, subjugate or reform, power is yours for the taking and youwill be rewarded for the followers you bring to your side.

Between the fierce tribes of the Nanman and the noble Han, sitsan influential member of the Imperial Government. Shi Xie may befar from the capital, but this governor has learnt how to make themost of the power he exerts in his remote province, manipulatingHan and Nanman alike to increase his reach. 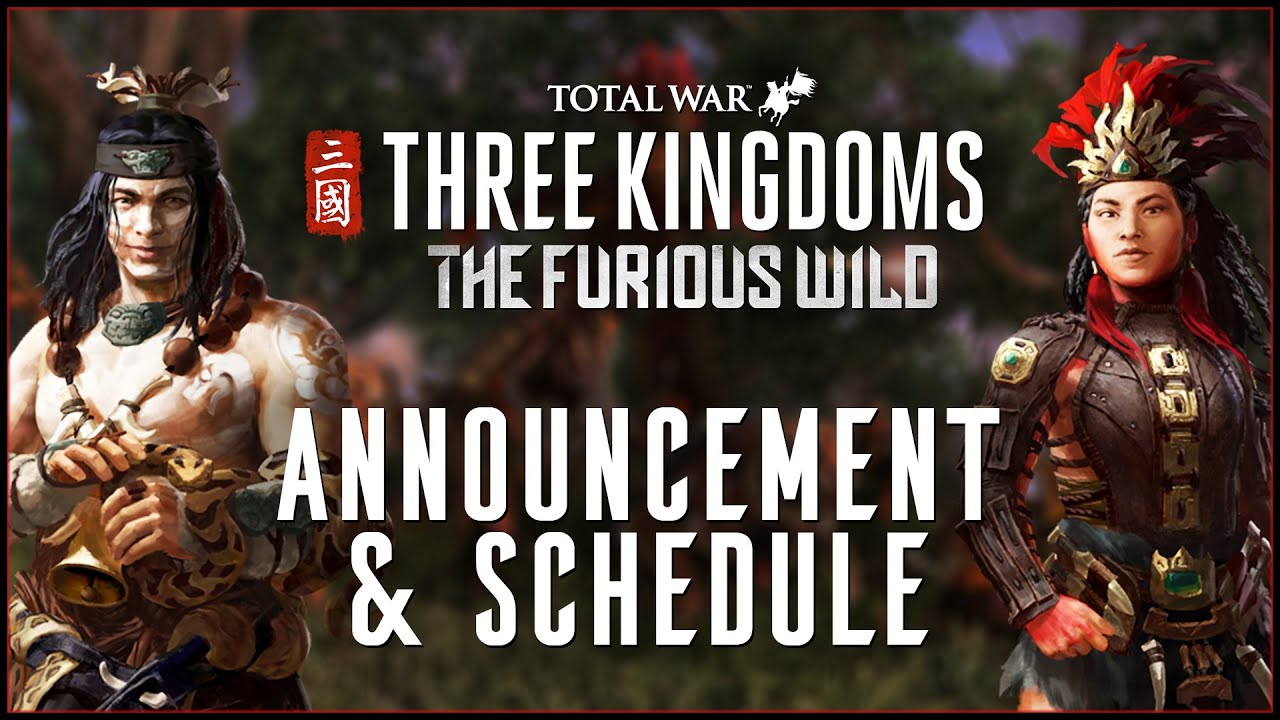 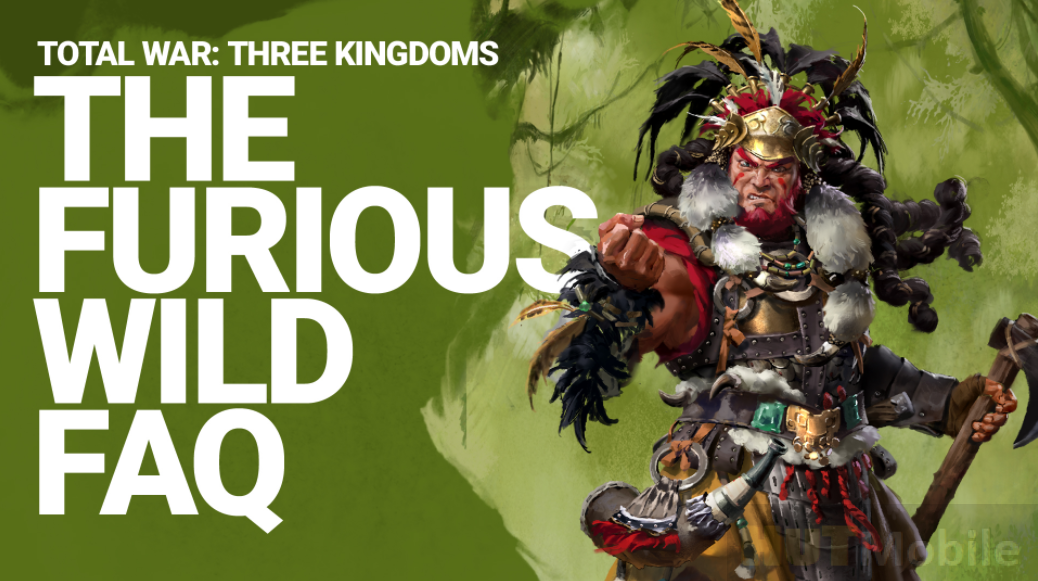 Nepotism rules in the world of Shi Xie, and he is determined tospread his inner circle across the whole of China. Shi Xie willstop at nothing to get his family into power; After all, it’s allabout who you know.

Shi Xie's unique mechanic, Splendor, can be gained by smugglingfamily members into important court positions. Splendor isgenerated according to the level of court position of the familymember, with an Administrator position gaining less Splendor than aCouncil member, for example.

Higher levels of Splendor provide bonuses to public order, tradeinfluence, and diplomacy relationships with all factions. 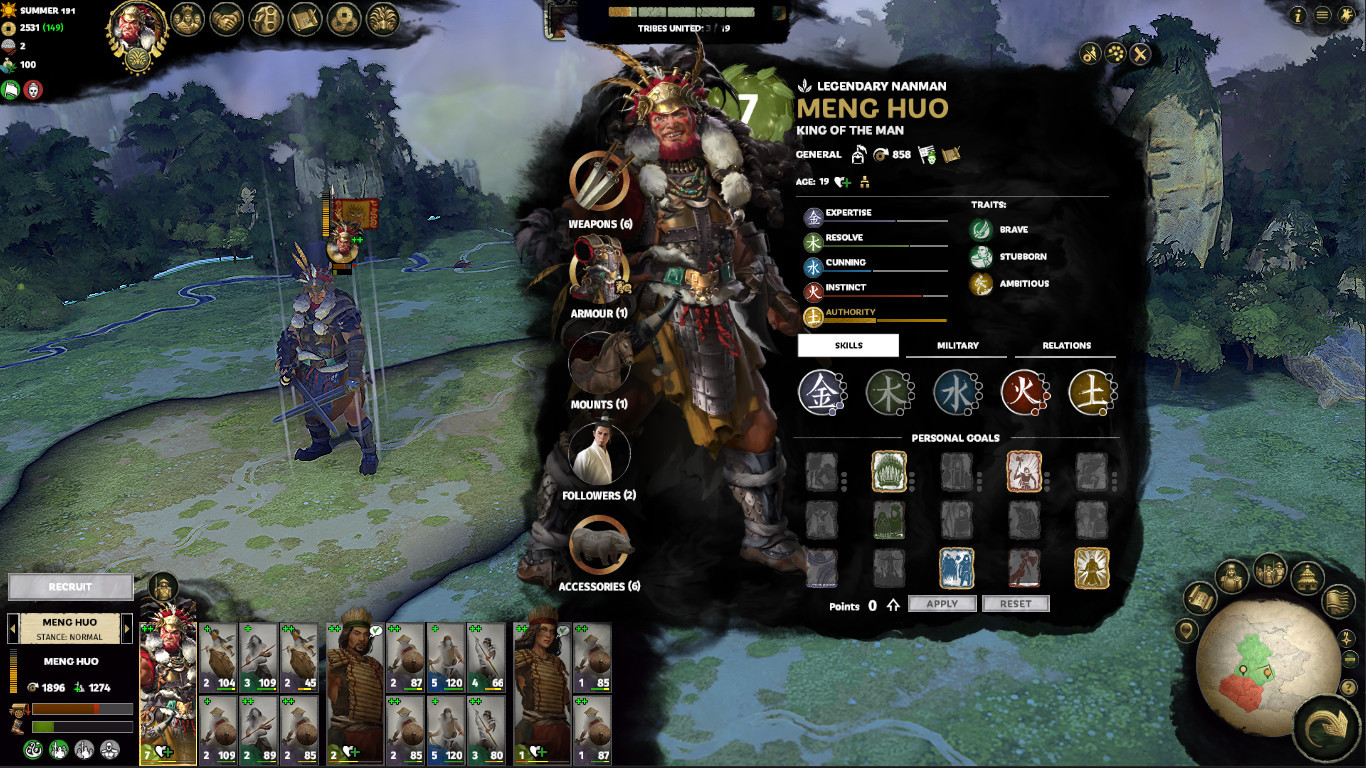 Once you've accumulated enough Splendor, it can be convertedinto Tribute Chests. These chests are special ancillaries thatgrant characters bonuses. There are three types of chest:Diplomatic, Regional and Personal. Diplomatic chests grantimprovements to a character’s diplomatic conditions, while Regionalchests improve their region via increased replenishment orconstruction time and Personal chests improve their character orretinue. Chests are opened when equipped and will provide certainaffects but will deplete over the course of 20 turns.

This special ancillary can be traded and used for diplomacy tosweeten any deal.