Our 'Platinum Edition' bundle provides fantastic value for new or existing customers. Expand your Trainz collection with a huge range of additional routes, sessions, locos and rolling stock, all at

75% off the regular pricing.

What makes Trainz so special?

Trainz: A New Era is far more than a train simulator. Sure there are hundreds of locos and dozens of routes and sessions you can drive in the Platinum Edition Bundle. But the real power of Trainz comes with all the extra things you can do beyond the builtin-in content set.
All the tools to build your own railroad are included, and in fact, every route you see in Trainz is created by customers just like you. There are now well over 10,000 routes available on the Trainz Download Station (DLS) that you can download for free and enjoy. So when people tell you 'you have to buy lots of DLC' remind them that the choice is theirs, with plenty of high quality free routes and content available on the DLS.

Share your enthusiasm with other rail fans and combine your efforts with others to operate a working rail line!

Our most accurate simulation yet with real time world physics and editing tools!

Our physics use a variety of configurable inputs such as engine powers, train weight and rolling resistance whilst taking into account factors like track gradient, curve resistance and track adhesion for each train car when accelerating or decelerating. The brand new real time physics editing tools allow players to tune physics 'on-the-fly' to take their simulation's performance even further.
Brand-new Real-time Physics Editing tools enable users to enter known specifications to accurately monitor all the forces at work. Things like tractive effort, drawbar pull or brake pipe pressure can be monitored at a specific point along the train and input values adjusted 'on-the-fly'. By analysing and tuning performance without leaving the simulation, real-world train characteristics can be matched perfectly. (It's a bit like running a virtual dynamometer car).
If physics aren't your thing, don't worry. You can leave the fine-tuning of your favourite locomotive's performance to the experts whilst still having the choice between 'Realistic Mode' or 'Easy Mode' driving options.

An updated set of track laying tools are provided in Surveyor to automatically adds frogs/vee, blades, and checkrails in the correct place on the tracks when making a switch, turnout or junction. The blades then animate as the junction direction is changed.

New particle effects and collision systems will prevent rain penetrating a tunnel, smoke will billow out from the underside of a bridge or the top of a tunnel and all particle effects will change velocity, direction and flow more naturally. 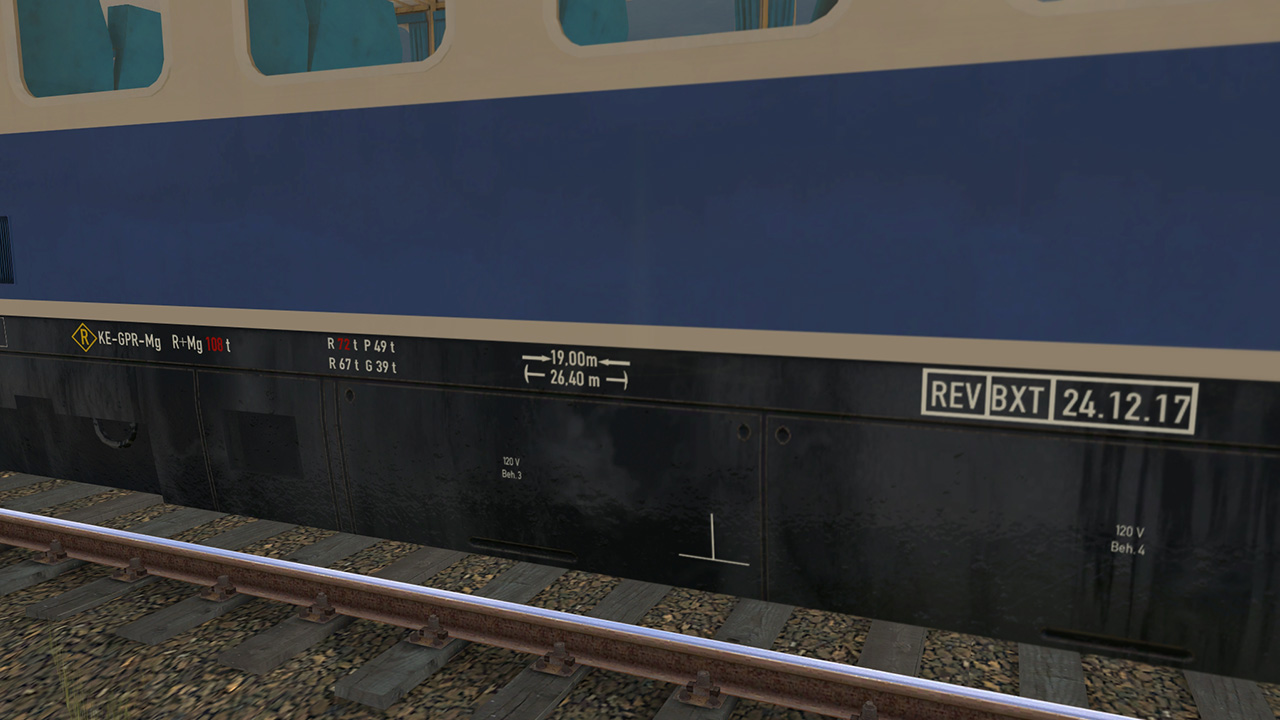 This edition delivers the full route from London Kings Cross Station all the way to Edinburgh in Scotland - a 393 mile drive! With significant updates to almost every feature, this route will transport you back in time to 1976.
Healesville - (Australia, 1910's)
A faithful recreation of the towns, stations, bridges and rural countryside of 1915 Australia. The line includes several notable features, including the 1.6 mile long timber trestle bridge over the Yarra River and flood plains between Yering and Yarra Glen and one of the very few tunnels on the Victorian Railways.

Avery - Drexel - (United States, 1970's) - Platinum Edition
The Milwaukee Road route runs from the end of the electrification in Avery, across the Bitterroot Mountains via the St Paul Pass, and through to the crew-change point in Alberton. It features Little Joe EF4 electrics and a huge range of seasonal rolling stock.
Warwick to Wallangarra - (Australia 1990's) - Platinum Edition
Follow the QR Southern railway line through the Darling Downs and into Granite country, right to the border with New South Wales.
Season Town Northern Rail Road – (East or Middle West USA) - Platinum Edition
The Season Town Northern Rail Road (STNRR) is based in fictional 'Season Town' situated somewhere in the East or Middle West of the USA. The aptly named Season Town supports season change functionality. Control the weather and see how the route responds to the snow! The layout provides a short mainline section as well as a 6 mile branch line connecting a limestone mine with a cement plant, as well as a streetcar network consisting of four branches.
The BiDye Traction Railroad – (Someone's Garage) - Platinum Edition
The BiDye Traction Railroad shows off the versatility of Trainz: A New Era by creating a virtual model railroad for you to explore. Built in a large virtual garage in much less time and a fraction of the costs of a traditional model railroad, BiDye highlights how Trainz can be used by model train fans as well as prototypical fans alike.
Set up as a short line electric traction railroad serving several inter-dependent industries, the industries served by the railroad include lumber mill, furniture factory, grain mill, commercial bakery, paint and solvent factory, metal can and container factory, and a coal fired electricity plant.
Even More Platinum Edition Content
Appen (UK - Model RR) (RRP $19.99) Witness the striking image of these shark nosed behemoths in their days of speeding the Fleet of Modernism cars to their destination on trains such as The Broadway Limited and The General. Step into the cab and take charge of these mighty horses, relax in the comfort of your roomette, or enjoy the view from the observation lounge. 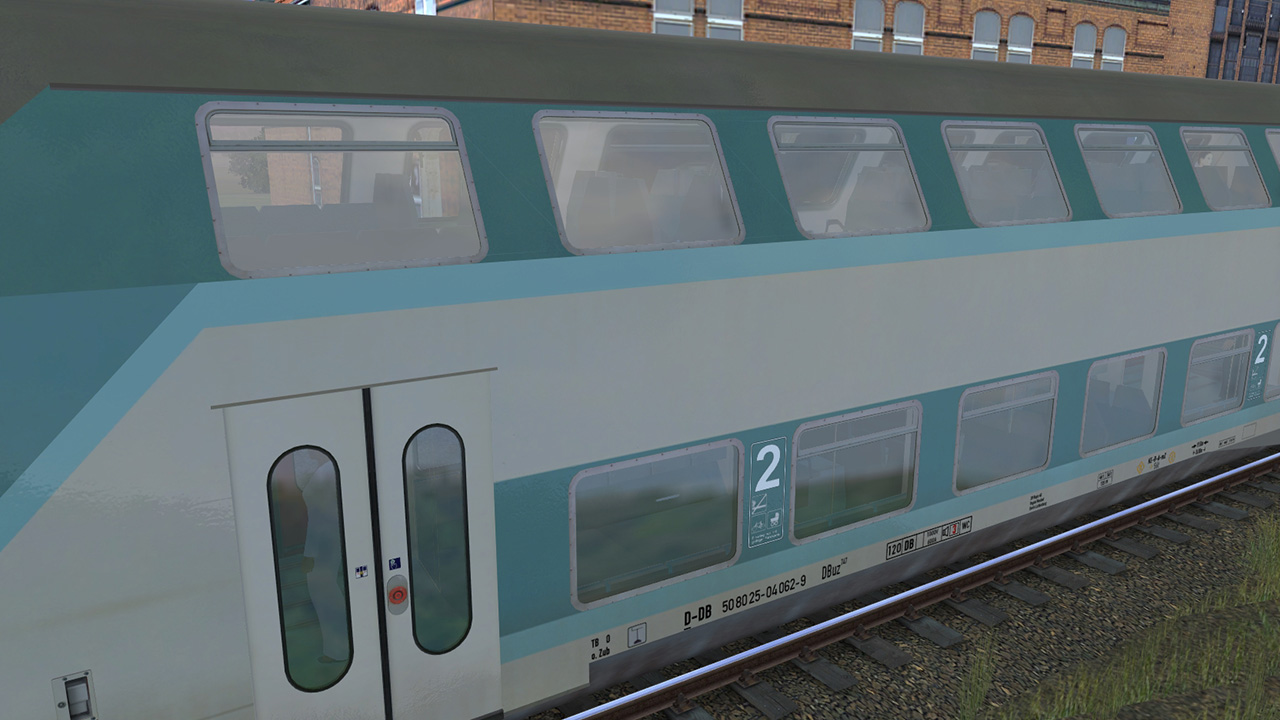