Time for free PC games from Epic Store again. You have until 17 December 2020 to download this week’s free games: Pillars of Eternity and Tyranny. If you missed last week’s freebie, you can still purchase it from the store.

Epic Games also gave away CaveStory+, an action-adventure platformer which will unpack all the nostalgia. Let’s take a look at the upcoming game.

Pillars of Eternity, which was developed by Obsidian Entertainment and published by Paradox Interactive, is an action-adventure role-playing game (RPG) first released back in March 2015.

Experience the game that revitalised the classic RPG genre in a complete and definitive package that includes every expansion, bonus, and update, but presenting Pillars of Eternity at its best.

Note: This game contains a mature content recommended for ages 18+.

Tyranny, which was also developed by Obsidian Entertainment and published by Paradox Interactive, is an action-adventure role-playing game (RPG) first released back in November 2016.

Moreover, the creators invite you to “experience a story-driven RPG where your choices mean all the difference in the world”. The DLCs include Bastards’ Wound and Tiers of the Tiers, as well as a portrait pack.

“Delve deeper into the mysteries of Terratus as you bring Kyros’ justice (or your own version of it) to a new corner of the Tiers”.

Leif Johnson from IGN describes it as a memorable RPG that “looks great and feels fresh, even while largely working in the confines of the old Infinity Engine style”. Johnson adds:

It is also the rare sprawling RPG that invites you to replay it, as its comparatively short running time and significant changes based on choice greatly change the experience. […] But with Tyranny, the old feels new again”.

You have until 17 December to download Pillars of Eternity: Definitive Edition and Tyranny: Gold Edition for free. Simply head over to the Epic Games launcher to get your copy.

CaveStory+, which was developed and published by Nicalis Inc and Studio Pixel, is an action-adventure platformer which will unpack all the nostalgia. All of it.

Initially marketed as “arguably the most well-known indie game of all time”, CaveStory+ is centred around an original story “brimming with personality, mystery and fast-paced fun”.

Studio Pixel’s rather cute and popular indie game Cave Story+ is free this week on the Epic Games Store.

It features an original story full of mystery and fast-paced fun where you will run, jump, shoot, fly, and explore your way through the game.

The game is available until December 10.

Next week, on December 10, Pillars of Eternity: Definite Edition and Tyranny – Gold Edition will be free to download and keep.

Obsidian’s Pillars of Eternity takes place in the world of Eora, and sends you on an adventure where the choices you make and the paths you choose shape your destiny.

You can play as any one of six races: Human, Aumaua, Dwarf, Elf, Godlike, and Orlan. But it also features deep character customization with eleven classes available such as Barbarian, Chanter, Cipher, Druid, Fighter, and more. 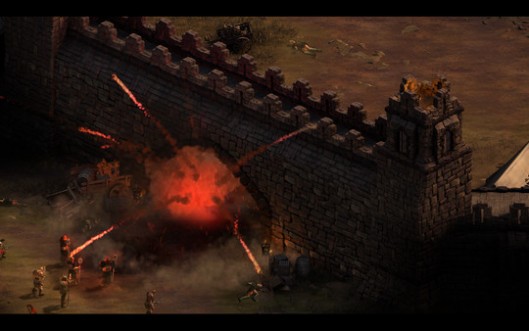 This edition includes White March: Parts 1 & 2, the game’s expansion chapters along with the original soundtrack, a digital collector’s book, a novella, and more.

Tyranny – Gold Edition is a story-driven RPG where your choices have an impact on the world. The RPG finds you delving into the mysteries of Terratus as you bring justice to the Tiers. In addition to a new region, Bastard’s Wound, it gives you a chance to learn more about your party in a trio of companion quests featuring Lantry, Verse, and Barik.

This edition of the game includes every expansion and all additional DLC.

The games will be available until December 17.