The wait is over! Through the broiling, discordant mass of the Aether the end is in sight and the prize within our grasp. Kairos lies ahead, unprotected but for a smattering of would-be heroes and the ever elusive deity Kira. The conquest of new realms is your raison d’êtrebut you know what they say: Practise makes perfect Underlord! 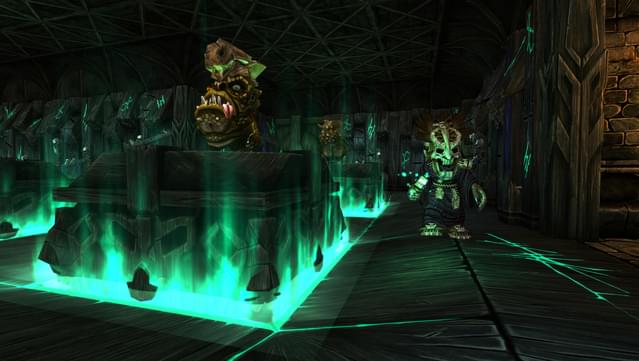 This time there can be no mistakes, no failures, and Kira will not escape your wrath yet again. To that end we must prepare. Now answer this call-to-arms: join The Under Games, and prove yourself the greatest of the Underlords! But beware: the rules of war have changed with the gargantuan free Patch 2.0, and there is much for you to learn. And don’t look now, but the Ultimate Edition is casting its monstrous shadow across the Overworld as well!

We’re pleased to announce that in celebration of the launch of The Under Games expansion and Patch 2.0, which combined are the largest updates in War for the Overworld history we’ll be hosting a stream with MemoriesIn8Bit, War for the Overworld superfan and regular member of the GOG.com StreamTeam!

Josh and Lee from the Brightrock Team will be participating in the Stream and we’ll all be happy to answer your questions whilst showing off the new content & updates. Be sure to drop by!

The Under Games is underway and it awaits a new champion to claim the title of strongest Underlord! The reward will be exquisite: leading the charge into the pathetic realm of Kairos! Will you take the mantle in this new fully-featured expansion? Available now on Steam, GOG.com, Humble Store and the new Brightrock Store (which also has physical copies of the game and other goodies)! We’re also putting the game and all DLC on sale with up to 75% off for the next 48 hours, so grab them while you can!

The Under Games represents a distinct departure and challenge from any experience we’ve released before. Its focus is on Underlord vs Underlord combat in a Skirmish-like campaign, set across a variety of game modes – two of which are brand new! Choose your champion, realise their unique powers, then carve your bloody path through your kin to reach the final.

As War for the Overworld’s final expansion we wanted to deliver an experience unlike any other so far, filled to the brim with new concepts and content to ensure that each time you play you get a different experience.

This is a game of strategy

Want to know more? Take a deep dive into each of the new Underlords and their new Aspects:

Alongside The Under Games we’re unleashing the truly gargantuan free Patch 2.0 upon the unsuspecting Underworld, packed to the brim with features, content and improvements. It’s the largest single update ever released for War for the Overworld!

In fact it’s so big that we couldn’t compile all the release notes in time. So instead we’ve compiled a list of the major features and improvements, as well as details on the huge balance update. Even with just that focus the list is longer than any other update we’ve ever released; but rest assured that there are many more fixes and minor improvements in there as well.

You can read our release notes here (English only).

If you’d rather dive right in then here are the headlining changes:

As you can see we’ve really dug deep on this release, and there’s barely a part of the game that hasn’t been touched up in some way. And thanks in no small part to the efforts of our volunteer QA testers, the enhanced Map Editor is sure to excite and deliver some incredible opportunities for User Generated Content. We hope you have fun exploring its untold depths!

We can’t wait to see what you build when you get your Hand of Evil on the new tools!

With that in mind we’ve overhauled both the Steam Workshop and our own Foundry forum to help with sharing this content. In the coming weeks and months we also plan to start spotlighting the work of our industrious content authors in a new series of Community Spotlights. There will be rewards!

To bring the complete experience of War for the Overworld together as we round off the game, we’re launching the Ultimate Edition! This includes everything you need to get the most out of the game – and it’s all wrapped up in a package with a permanent 10% discount! Kasita can barely keep her Hand of Avarice off of it!

As always we’ll be continuing to monitor the release; if you run into any issues please let us know through our usual support channels. For our future plans regarding War for the Overworld, we’re still trying to determine exactly what small updates may be coming and when. At the very least we’ll likely be rolling out one more minor patch with a few small features, such as custom voice-over to support map creators; so if you have any suggestions please let us know!

We’ll also be discussing in the coming weeks exactly what future support for WFTO will look like. So please be patient with us and expect an announcement soon.

Beyond that we’re not quite ready to announce anything else just yet. Watch this space. 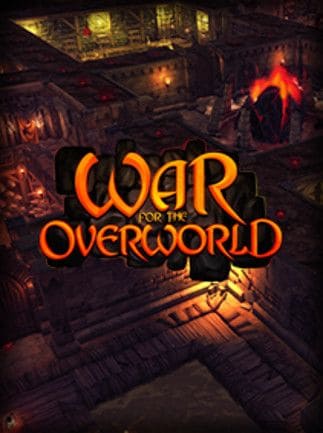 But for now, don your Hand of Evil, get ready to run the gauntlet, and seize your copy of The Under Games from Steam, GOG, Humble, or our very own store. It’s time to make your move!

And remember: If you’re yet to experience the wonders of running your own dungeon, there’s never been a better time to be bad than with the new and heavily-discounted Ultimate Edition! Claim it now on Steam, GOG, Humble or our store!

Click here to chat about this update on our Discord
Never miss an update! Sign up to our newsletter!

Free Download War for the Overworld Ultimate Edition PC Game – Long before the wars in Kairos you and your fellow Underlords are travelling the Aether in tow of your evil mentor Mendechaus (voiced as ever by the rambunctious Richard Ridings). In this calm before the storm there’s little for an Underlord to do… Except get elbow deep in your …

Long before the wars in Kairos you and your fellow Underlords are travelling the Aether in tow of your evil mentor Mendechaus (voiced as ever by the rambunctious Richard Ridings). In this calm before the storm there’s little for an Underlord to do… Except get elbow deep in your own petting zoo! Step into the chilled-out realms of My Pet Dungeon: explore, experiment, and uncage the dungeons of your dreams!

War for the Overworld is a Dungeon Management Game that employs your favourite aspects of the RTS and God Game genres. You play an all-powerful, malevolent Underlord, long banished to the Aether. With unrivalled dark power and an insatiable desire for bloody conquest, you will arise once more, and reclaim your realm! 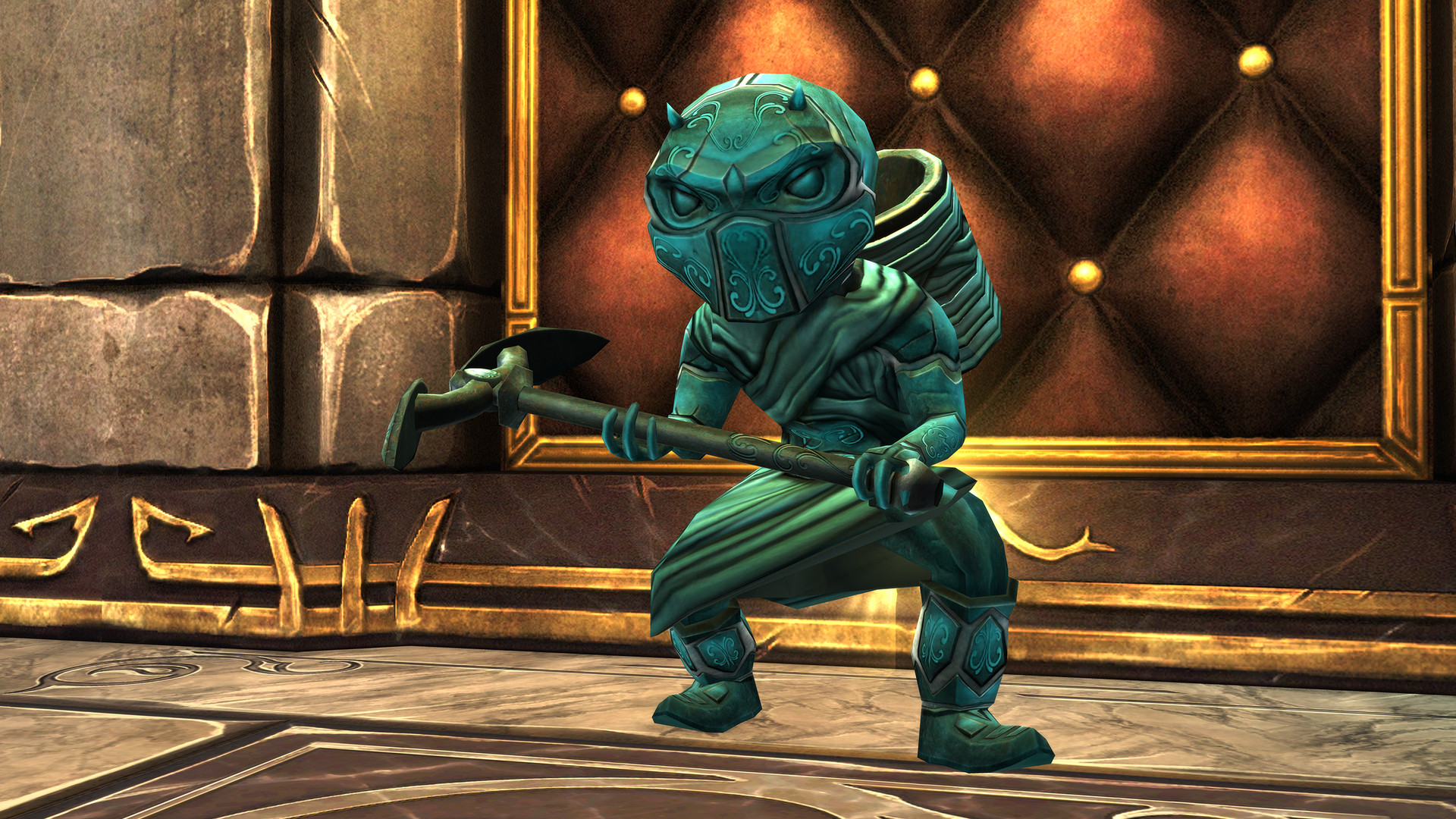 War For The Overworld Torrent

• War for the Overworld (main game)

• War for the Overworld – Heart of Gold Expansion (DLC)

• War for the Overworld – The Cynical Imp (DLC)

• War for the Overworld – The Cynical Imp + Kickstarter Theme (DLC)

• War for the Overworld – My Pet Dungeon Expansion (DLC)

• War for the Overworld – The Under Games Expansion (DLC)

• Hard Drive: 7 GB available space (may increase in the future) • Hard Drive: 10 GB available space (may increase in the future)

Note: Links are interchangeable, if you find any dead links please report them to “HERE“

War For The Overworld

4. Copy crack from the PLAZA folder

NOTES: This release is standalone and includes all content and DLC from previous releases and updates. The game is updated to v2.0.7.

• Block the game’s exe in your firewall to prevent the game from trying to go online ..

• If you install games to your systemdrive, it may be necessary to run this game with admin privileges instead