Browse Wargame: Airland Battle addons to download customizations including maps, skins, sounds, sprays and models. Welcome in this miniguide to Wargame AirLand Battle. You will fight with rotten imperialism or convert to imperialism peaceful soviet nations leading by forever soviet Scandinavia. Whatever you choose, with us you'll go from a Compote (People's Army of Poland warrant officer) up to a real War Dog (colonel) Become a general on your own. 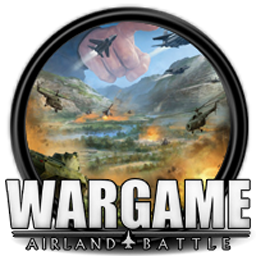 This week I got to play Wargame: Airland battle, the sequel to the critically acclaimed RTS Wargame: European escalation that came out last year. The Original was very innovating in the way it combined the wargame genre with a really solid RTS. Is the sequel just as good as the original? And what sorts of new things does it bring to the table to trump its predecessor? Read on to find out!

The story of Wargame: Airland Battle takes of right where European Escalation ended. The year’s 1985, tensions between the USA and the USSR keep on rising till the point of a full on confrontation over Scandinavia. The game again lets you choose between one of two factions for the campaign: the NATO or the Warsaw Pact or Pact for short. Each of these two factions is comprised of a number of different countries, with each of them providing their armies units. The story is a nice touch and a good example of alternate history theory-crafting, but it isn’t the driving force behind the game. You can play through the entire game without picking up any of the story, and you won’t walk away having had a lesser experience because of it. Don’t take this as meaning there shouldn’t have been a story. It’s a nice effort of Eugen Systems to put a storyline into it. Story just isn’t the focus point of Airland Battle, the gameplay is.

Wargame is a really nice looking game, especially when it comes to the unit models. The environments don’t look as good as the models, but this is after all a strategy game. You just can’t expect the same amount of intense graphical fidelity as you would in for example the latest high end first person shooter, because that would just be too taxing for almost any modern day pc. The sad part is that depending on how you play the game you’ll hardly ever get to see these nice graphics. The game is played in such a zoomed out perspective that most of the time you’ll be looking more at the units icons than the units themselves. Those icons by the way are like the rest of the interface very nicely designed and have a nice and simplistic look to them. This allows you to keep a nice overview of battles and makes the HUD easy to navigate even in the most chaotic of battles like the 10v10 multiplayer mode. So overall a really good job, and when you play the game, zoom in once in a while to appreciate the effort Eugen put into the looks of the game.

The sound of the game is well done. The music is good although it can be drowned out by the battle sounds, but it’s probably a better idea to hear when you’re getting shot at then just sit there listening to the music. Speaking of hearing when you’re getting shot at, you’ll definitely hear when that’s happening. The game plays some sort of alarm when you’re units get attack, and it’s not like that a bad thing but there’s a catch. The siren they choose for the alarm is probably one of the most annoying and overwhelming sounds I’ve heard in a very long time and gets really annoying after a while, even when you turn down the volume. The sound effects are good and really manage to make each your units take feel like there’s power behind it. You’ll also clearly hear whether you’re being shot at by a tank, a helicopter, jet fighter or any of the other vehicles in the game which is really nice as it allows you to instantly know where you can fight or need to run. 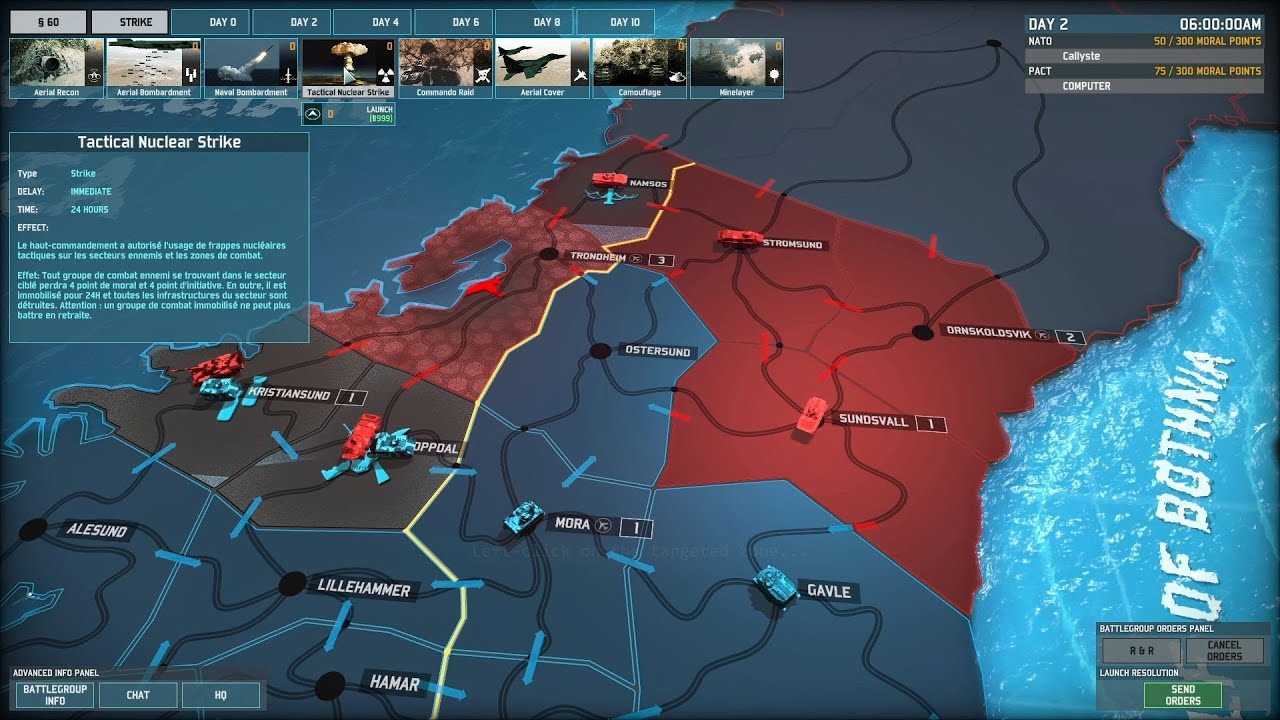 Gameplay is where the main component of Wargame lies and it can for ease let’s split it up into two parts: the singleplayer and the multiplayer.

First the singleplayer which is divided up into three main modes: the campaign mode, the tutorial and skirmish mode. The skirmish mode is basically single map battle against up to seven AI opponents in a 1v1, 2v2, 3v3 or 4v4 match. Of course you can do uneven matchups too but you can only choose team games, no free for all. The tutorial is somewhat disappointing. It’ll serve to teach you the very basics of the game like unit control and region control but that’s about it. It does go into a little bit of detail about unit types but nowhere near enough for how expensive this game is. It really would have helped to a couple more missions then the five they have now to teach you about all the different types of units the game has apart from just tanks, support vehicles and scouts and air units. Those last ones are new additions to Airland battle and really add some fun to the battles. It feels really satisfying when you’re opponent thinks he’s got you beat to all of a sudden have a squadron of jet fighters or attack helicopters fly over and carpet bomb his units.

All that leaves single player wise is Airland battle’s campaign mode. The campaign mode has four campaigns, all of them different lengths and difficulty settings and all playable from both sides of the conflict. There’s two parts a campaign as well: there’s the world view map where you can control regiments and send them from one area to the next, conquering more territory as you go. The other part happens when two armies clash on the world map and you get taken into a battle like in the normal skirmish mode with the same goals. The fact that there are four campaigns and the fact that you can play them from both sides really allows for a really expansive campaign with a lot of content. Another advantage you get from playing the campaign is getting to know the different units from each country which really helps you find out which units you like and which ones are good. So when you get around to making your unit deck in multiplayer you know which units you want to have in there for sure.

Before I start about the multiplayer portion of the game, I have to mention that we put up a preview of Wargame: Airland battle’s multiplayer beta a few weeks ago, so I won’t be going into as much detail about the stuff already discussed in that preview. So if you want to know more, go check it out if you haven’t yet, or maybe go read it now before you read on.

Ok now that that’s out of the way we can talk about the actual multiplayer, and the real core of Wargame: Airland battle. The game has a really nice single player component but you can feel that multiplayer is the real main part of this game. The multiplayer consists of three different modes, destruction and economy, which were available for play in the beta, and the new and interesting siege mode. In siege mode one team starts with really high income but is surrounded by the other team and doesn’t have any starting reinforcement points. The surrounding team on the other hand has plenty of reinforcement points but much lower income. The games provides fifteen maps for all this online warfare divided between 1v1, 2v2, 3v3 and 4v4 maps or a mix of two or more, so you no playing the same map over and over again. Apart from your regular games there’s also the 10v10 mode which really offer large scale battle on a specially made map.

To get into a game you can do three things. Either check the game list and join someone else’s game, use ranked matchmaking, or host your own game. On top of all this multiplayer carnage you also have the possibility to play the campaign online against another player, making for some high strategy action. Add to all of this the possibility to save and watch replays of games, and it makes for a really nice and expansive multiplayer mode.

Wargame: Airland Battle is a really cool strategy game, that does some really interesting things by combining genres to bring the best of both worlds. It looks good, plays good and between the expansive single player campaign and the great multiplayer, offers a ton of game for you to play. Be warned though and this is something I haven’t mentioned before: Airland Battle has quite a big learning curve and players new to the genre will have to invest serious time in the game, to be able to compete on an even level. 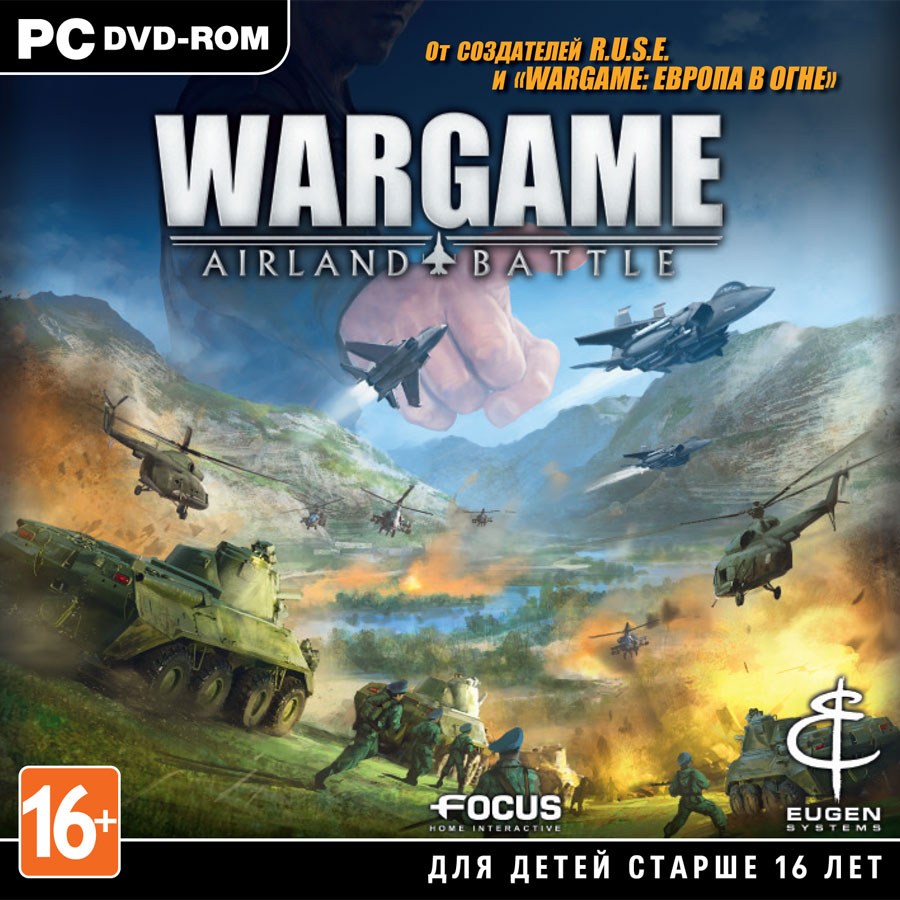