We return to the Caestus Metalican and the Necron tombworld, but this time around there is an insidious threat lurking within our vessel. The vile Hereteks. Warhammer 40,000: Mechanicus, Heretek DLC - Mission 1 (Video Game) Gallery. The treacherous Cyclothrathe heretek, Archmagos Draykavac, during the Horus Heresy. A Heretek of the Dark Mechanicum. A Heretek displaying Chaos mutations. Heretek with Chaos Sorcerer ally. Heretek is the expansion to the critically acclaimed tactical turn-based Warhammer 40,000: Mechanicus.Opening a whole new plot line, Heretek exposes the dark underbelly of the Adeptus Mechanicus faction like never before. Brand new narrative events have been handcrafted once again by Ben Counter, allowing players to uncover what has brought civil unrest to The Caestus Metalicanduring. 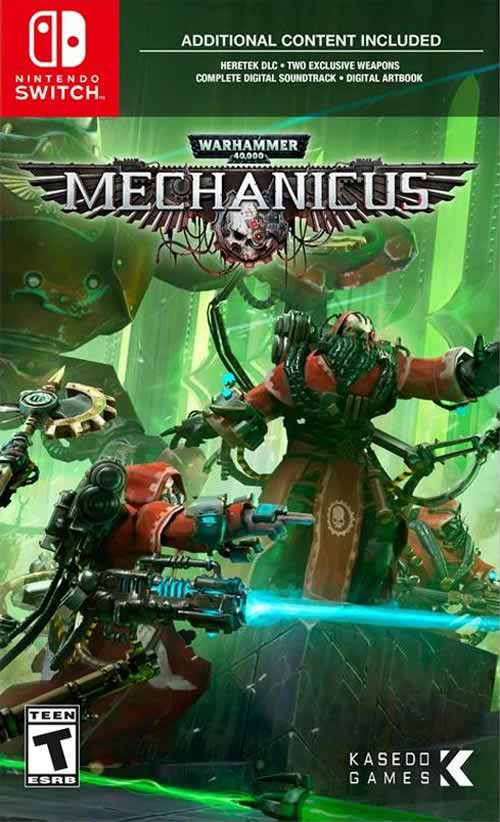 Take control of one of the most technologically advanced armies in the Imperium – The Adeptus Mechanicus. As Magos Dominus Faustinius, you’ll lead the expedition on the newly rediscovered Necron planet of Silva Tenebris. Customize your team, manage resources, discover long-forgotten tech, and control your Tech-Priests’ every move.

Your every decision will shape the missions ahead and ultimately decide the fate of the troops under your command in over 50 hand-crafted missions. Choose your path carefully – the Imperium depends on it.

Last year, Warhammer 40,000: Mechanicus released to eager 40k fans. Since the Dawn of War series, the love for Warhammer 40,000 hasn't been a primary focus for videogames outside of a few recent standouts. When Mechanicus released, it did so in a way reminiscent of turn-based strategy titles like XCOM, with an emphasis on making every move count and every story choice matter for your journey. Mechanicus is back with its first expansion, Heretek, which brings the enemy closer to home than ever. How is it as an addition to an already solid game?

The base game involves a group of Adeptus Mechanicus as they scour a tomb world of the dormant Necron race. For those new to Warhammer 40,000 here's a quick breakdown. The Adeptus Mechanicus are humans who have forsaken their humanity in an effort to become more and more machine. Flesh is frail, a machine is not. They are determined to ascend to ultimate beings in such a way as they slowly swap out their body parts with technology, as long as it is technology not deemed heretical. The Necrons are a dormant race of souls trapped in skeletal like machines. Once a proud race, the Necrons are now little more than a hive mind bent on destruction; their lore is quite a bit deeper than that, but to explore either in detail would take me at least four drinks, and both of their real-world codexes worth of information.

For the entirety of the base game, the ongoing conflict between these two factions is all that there is. It was fun, but admittedly I would've liked to see more enemies. It looks like I got that answer, in the Heretek expansion.
Hereteks are a third faction, born out of the Adeptus Mechanicus, and one that refuses to operate within the moral confines of the Imperium's strict code. As such, they seek out technologies deemed forbidden, for personal gain, and take their research far beyond what is allowed. Make no mistake, they are an enemy of the Imperium.
The Heretek expansion exposes a rift among the Mechanicus on board the space faring vessel the Ark Mechanicum, one that devolves into a power struggle quickly. Five new missions taking place on board the ship switch things up from what we're used to in the Necron tombs, now battling among the halls and rooms of a ship that both sides call home. Fighting your own kind does switch it up a bit, as their tactics are more similar to yours and with the newly added class the Xenarite, as well as two new troop types (the Infiltrators and Ruststalkers) things feel pretty fresh.

Honestly, I think the major highlight of Heretek is the new plotline itself. While the base game does have its fair share of twists and turns, being pitted against your tech priest allies gives you a bit more pause when coming to crucial decisions. Can those who have gone astray be brought back in line? How far can you push the line with your own research before the Imperium will consider you a Heretek? The fight against the Necrons and the debate among your crew already gave a decent layer of choice and things to consider in Mechanicus, but when your enemy is also your family, so to speak, the plot thickens. Is blood thicker than water? Does that phrase apply to those who want to be machines?

Suffer Not The Heretek To Live

is a great addition to an already great game. The new missions, the new class and troops, the weapons and settings on board the ship proper are already a good deal as it is. But this new plotline really ties it all together. It can be compared to XCOM: The Enemy Within, but I think that does it a disservice. 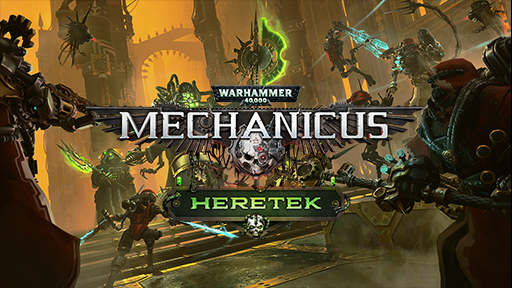 isn't about two factions clashing, it's about one faction splitting and the power struggle that ensues.