The Devil We Know. THE CHEMISTRY OF A COVER-UP. SEE THE FILM Take Action PLAY TRAILER. WE KNOW THE DEVIL is a story about everyone who made you cry at summer camp. It's about missing your Sailor Moon VHS tapes. It's about how being irresponsible is contagious. It's about knowing that in a group of three, two of you will be closer than the other. Find the perfect Devil stock photos and editorial news pictures from Getty Images. Select from premium Devil of the highest quality.

FROM THE AWARD-WINNING DIRECTOR OF FED UP, UNDER THE GUN & TAPPED

THE CHEMISTRY OF A COVER-UP

“One of the most genuinely scary films at Sundance this year…” 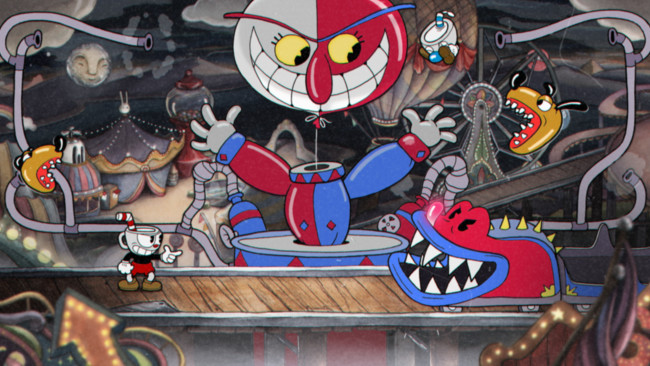 IT'S TIME TO
TAKE ACTION.

Sign up to receive updates and information about how you can help.

When a handful of West Virginia residents discover DuPont has been pumping its poisonous Teflon chemical into the air and public water supply of more than 70,000 people, they file one of the largest class action lawsuits in the history of environmental law.

As the citizens of Parkersburg rise up against the forces that polluted their town, the story builds out to dozens of other American cities. In fact, as many as 110 million Americans may be drinking water tainted with PFAS chemicals. Exposure to this class of chemicals has even become a global phenomenon, spreading to places like Italy, the Netherlands, and China. Parkersburg is ground zero for this story, but this clearly is not about one place or one chemical: because of the power of the chemical lobby, PFOA is one of more than 80,000+ untested chemicals that have been approved for use, their dangers unknown.

Was I a guinea pig? What do you think? Were they thinking we're dumb enough that we don't know what's going on.
I said, something’s not right here. So, I called DuPont, and I was just fed the biggest line of BS I think I’ve ever been fed.
After they made the Teflon, it had water that was discharged from it. My job was to pump it out back, so it will go directly to the river.

We are all in an invisible, spiritual battle – a cosmic conflict that has eternal implications – in which souls of people of all over the planet are at stake. Yet, most of us as Christians don’t really know our enemy.

Our greatest foe, Satan, is on a mission to destroy God’s people and discredit the cause of Christ. But who is he? He is a fallen powerful angel who led a rebellion of a third of the angels of Heaven and now seeks to destroy all that is good and God ordained.

Created as one of the highest angelic beings (Ezekiel 28), Satan had more power, intelligence and beauty than anything or anyone in the universe except God. But Satan wasn’t satisfied with what he had and his downfall was pride. He wanted to be God. So he fell from Heaven and has been at enmity with God and God’s creation ever since.

Instead, we need an accurate and balanced perspective of our enemy and a better understanding of his goals and tactics so that we can have victory over the spiritual battle he wages against us.

For although God has already wonthe war when Jesus broke the power of sin and disarmed Satan at the cross, the battle we fight against Satan and his demons still rages here on Earth. In the book of Ephesians, the Apostle Paul tells us we’re in a spiritual battle and we have a very real enemy who has specific schemes and plans of attack against us.

In this passage, Paul commands us to prepare ourselves in the strength of the Lord and to be aware of our struggle, which is “against the spiritual forces of evil.” He makes it very clear that this real struggle or wrestling match isn’t against physical, material adversaries but against a hierarchy of demonic forces doing battle in the spiritual realm.

Does this mean we need to fear Satan and his demonic forces? No, but it does mean we need to develop a healthy respect for them. We need to become acutelyaware of Satan’s “methods” and “schemes” of attack on our lives, yet not be preoccupied by them.

1 Peter 5:8 says,“Be alert and of sober mind. Your enemy the devil prowls around like a roaring lion looking for someone to devour.”

Satan’s plan is to deceive us, tempt us, cause hardened hearts, break marriages, split churches, and bring about depression. And he’ll do this gradually by getting an unnoticeable foothold in our lives by triggering relational conflicts, weighing us down with fear and anxiety, and tempting us with escape mechanisms such as drugs and alcohol. We cannot be ignorant anymore of Satan’s schemes and evil strategies.

Although I want you all to know that Satan and his tactics are very real and dangerous, we don’t need to be discouraged or fearful either! We have a God who is greater than our enemy and He’s greater than all of the evil in the world. We don’t have to fear Satan because Christ has already destroyed Satan’s works on the cross. So as believers, we don’t fight “for” victory; we fight “from victory.”

This week we’re starting the series The Invisible War. This series will help prepare us to do spiritual battle with the enemy of our souls. We’ll explore in depth this invisible but very real war we’re fighting. And we’ll discover what God has to say about Satan’s goals and tactics, as well learn about the “spiritual armor” God offers us so we can be confident of our certain victory over the scheming enemy. Chip Ingram is the CEO and teaching pastor of Living on the Edge, an international teaching and discipleship ministry. A pastor for over thirty years, Chip has a unique ability to communicate truth and challenge people to live out their faith. He is the author of many books, including The Real God, Culture Shock and The Real Heaven. Chip and his wife, Theresa, have four grown children and twelve grandchildren and live in California.