A big leap over the previous two games, We Were Here Together is pretty much one of the best puzzle games around… if you have friends to play with.

We Were Here Together (WWHT) meets all expectations I had for a third iteration; as a fan of the previous two I was quite excited for this new title and it manages to tick all the right boxes, improving nearly everything but still retaining a couple of criticisms I had with the previous game(s).

I opted to not talk about story as there’s a tie between all games despite all core experiences being separated from one another, I want to avoid spoilers and since the story is very related to lore and past events, anything is a spoiler that may ruin some puzzles and the overall atmosphere, in all fairness there’s also not much to talk about as it’s all learnt through experiencing and beating the puzzles and not through exposition (though this game adds a few cutscenes, which are quite welcome as they are well made). We Were Here Together keeps the interesting lore of the original two, starting with you and your friend waking up (unlike the previous two, you don’t reach a castle in the middle of a blizzard and then try to escape, which is a neat twist on the franchise’s prologue) and solving puzzles to progress…

Anyway, in a surprising turn of events, WWHT actually puts you and your friend together, unlike the rest of the games, where you only actually only meet at the very end. There is a bigger sense of comfort with your partner around but the atmosphere is kept intact here, despite this change. You’ll still split but it’s not until later on.

Alot of aspects of the lore and the overall subplots of what happened previously in the castle are present and give a nice tie with the previous games, which the first started and the second really cemented.

Not only the core of WWHT but also a perfectly designed component: puzzles are varied and all have their own mechanics and concepts to play around in order to find the solution.

As it’s typical in the We Were Here games, cooperation with your partner is a must and I mean cooperation – each usually have their own components to study and communicate (yes, you MUST talk in this game, it is imperative in order to remotely get progress in this game), you must talk and try to find a logical solution together. This is actually true cooperation, one of the premier examples of how a coop experience should be designed: around the coop and not around how many players you can fit in the same level, We Were Here and Portal 2 are the top games when it comes to a successful and meaningful coop experience – not a game, but an experience.

Of course, some puzzles are inspired by the previous titles, you’ll have valve puzzles, codes/symbol puzzles and so on, but alot of them are and feel genuinely fresh, despite being the third game. The length is also much bigger, while I beat the original in under an hour and the sequel in little less than two hours, Together should last around 6 hours for a first playthrough; puzzle difficulty is adequate, provided you’re not awful (which I admit I am) but nothing illogical or stupid is presented as is typical sometimes in puzzlers, so the need of a walkthrough should not be needed (or justified).

Despite all this marvelous praise, WWHT admittedly has an issue and a warning tied to it, a pair of shackles that the franchise has carried since its inception.

The main issue (which is admittedly countered by the price) is that it’s a one-time thing. For me, once you’ve beaten one of the WWH games, you’re “scarred” for life and can’t play it again. This isn’t in a literal sense but in my experience, even returning to WWH after a year I still remembered almost everything in the game, which ruined the experience a bit – the atmosphere was still as great as I remembered, though!

Even playing after months or a year or two, I feel like the game won’t be as enjoyable because of how much I remember of it – this means it’s a memorable game, yes, I am aware of that but God forbid another good friend of yours picks the game up to play with you and you just… won’t be having nearly as much fun (if any at all) when replaying it. The multiplayer aspect tied with how memorable and unique it all feels makes the game fun when playing with one friend, any others who may want to join the puzzle crusade will render you bored and seeing the game with a different set of eyes than the one you used to enjoy it the first time around. Despite this, the game is still worth it at 12,99€ despite being of average length and not replayable at all (again, this is from my experience).

The warning is tied to the coop nature of it – you CANNOT play the game solo. At all.

What this implies is that you either:

a) get a friend to buy it (or gift him) which makes the game feel a bit more expensive than it actually is;

Yeah… no. Not only is the game rather dead (you can always try to gather someone from the steam forums or the official Discord server of the game) but the fun of playing with a stranger is significantly diminished compared to playing with an actual friend. There’s also the risk of the stranger having beaten the game and may do all the puzzles significantly faster, removing a core part of the experience, which is finding the solution together through communication and debating logical conclusions on what the solution might be.

These are issues more tied to the genre/concept of the game, admittedly but they are still big problems worth considering when purchasing.

A much better-looking game than the previous two, WWHT feels like an actual game, while the others felt like a project, with janky collision and animations, poor processing such as anti-aliasing and overall look and object placement felt… cheap, in a way.

We Were Here Together Tutorial

WWHT looks like it took more time and attention to detail in its crafting, better textures, great effects give the game a fantastic sense of atmosphere that the previous two still managed to nail. The addition of cutscenes is surprising for the simple fact of their addition but also the fact that they look genuinely good and add a great sense of continuity through the castle, making it feel like a proper castle and not a maze of puzzles like the previous two did.

We Were Here Together Both Escape 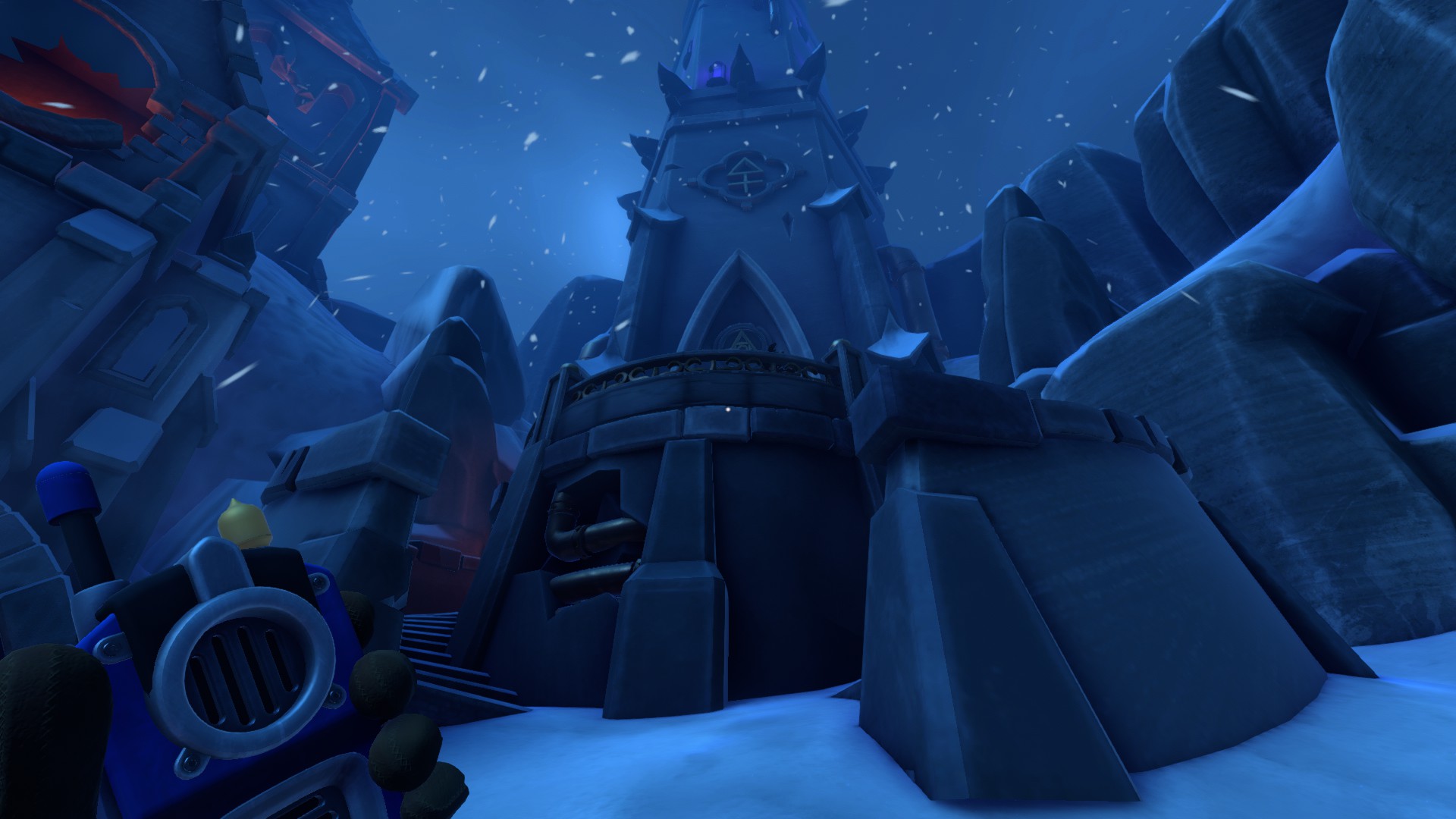 Overall, a great looking game, significantly improving from the previous title – We Were Here Too.

Minimal voice acting that is solid when present, which helps give the cutscenes more impact is a great new addition. The music was expected to be good and it doesn’t disappoint, since WWH I always loved the franchise’s mix of calm, soothing guitar solos (during the menus usually – WWHT manages to have the best menu music of the franchise, and one of the best of the year!) with a more eerie vibe to its ambient music, adding this sense of dread and mystery that the previous two captured really well and WWHT is no different at all.

A solid experience, lacking replayability and needing a friend to buy it too for the best possible experience is quite simply a bummer but the first time around I doubt you’ll leave your seat until the ending credits roll, it’s short but really sweet and great – like a cupcake. And it’s a damn fine cupcake.

Play the original, which is free and then judge if you want 8 or so more hours of this puzzle experience, if so, We Were Here Too and We Were Here Together are two great games to add to your library, great gifts to give to a friend to play with over the Christmas holidays, which are approaching fast.

'We Were Here Together' Comes to Xbox One Next Month - Trailer 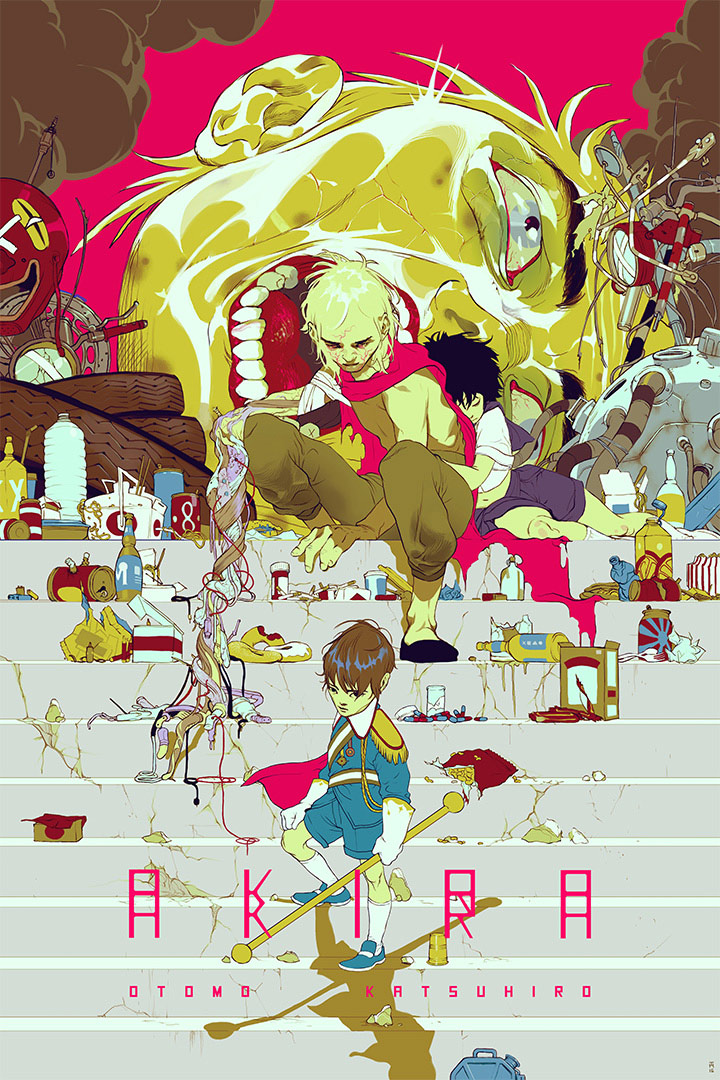 We Were Here Together is next entry in the intriguing first person co-op puzzle game series.

When you can't fight and you can't run, what options do you have left? It comes down to your wits, a walkie-talkie, and one other player on the same wavelength, caught up in the same troubling situation as you. Communication is everything in this first person cooperative puzzle game. And if being trapped wasn't enough, not everything is as it seems.

This time players will begin the game outside the fearsome Castle Rock, at their base camp. But events will inevitably draw them back to the dark citadel where players will find themselves split up, having to communicate by walkie-talkie. As always, getting inside is easier than getting out - and the jester has no intention of helping!

We Were Here Together will be released for Xbox One on June 5, and is now available to preorder with a 10% discount on the Microsoft Store

Managing Director Lucia de Visser says: “This is our favorite game so far, and we’re thrilled to bring it to Xbox One! By fan request, We Were Here Together has more focus on the story, new environments to explore, and more puzzles for a longer total playtime.”

Whether or not you’ve played a We Were Here game before, you can leap into We Were Here Together and start unraveling the secrets of Castle Rock, the Antarctic fortress at the heart of the series. The game sees players take the role of Antarctic explorers confronted by a mysterious castle in the middle of the frozen wastes. Drawn inside by a distress call, it quickly becomes clear that this is no ordinary ruin… and that there is no ordinary way out.

You and a co-op partner will need to be each other’s eyes and ears as you endeavor to escape. Every puzzle requires communication to solve – you can talk to each other, or you can stay trapped forever.

The games of the We Were Here series of co-op puzzle games are connected, but can be played in any order. Following the first visit to Castle Rock in the free prequel We Were Here, Total Mayhem Games have big plans for their world of dark mysteries and complex conundrums. The second episode We Were Here Too was released as a commercial product in early 2018, and the story continues with the new game We Were Here Together. Future episodes will bring more of the exploration and cooperative puzzle solving that gave We Were Here a 92% positive reception on Steam!

Currently available for PC, We Were Here Together will be released for Xbox One on June 5, 2020.