PC/Mac also get WolfQuest: Anniversary Edition, Early Release with purchase.
You can try the first level of WolfQuest 2.7 for free before purchasing the full game.

With the release of WolfQuest: Anniversary Edition, Early Release for PC/Mac, the price of WolfQuest 2.7 is now $15. You get both games with your purchase.

Note: WolfQuest: Anniversary Edition is not yet available for mobile.

Tower Fall (the next episode, continuing the story of the pack through spring and summer) will be an additional cost (DLC), probably US $7-$10. Tower Fall will be released after WolfQuest: Anniversary Edition.

A downloadable game for Windows and macOS

With your purchase of WolfQuest, you get both WolfQuest 2.7 Classic and WolfQuest 3: Anniversary Edition (early access)!

You are a two-year old gray wolf born in the Northern Range of Yellowstone National Park. You learned the ways of the wolf in your birth pack. Now it's time for you to learn how to live on your own, finding food, meeting other wolves, and searching for a mate. Ultimately, your goal is to find a home and build your own family.

Embark on a quest for survival

Your quest begins on the slopes of Amethyst Mountain and eventually takes you across the Lamar Valley to Slough Creek. There, you and your mate will establish a territory and raise a litter of pups: training them, feeding them, defending them against predators, and finally taking them on a cross-country journey to a summer home. Ultimately, your success will depend on your ability to ensure the survival of your pack.

Explore WolfQuest's realistic recreation of the Northern Range of Yellowstone National Park — 'the Serengeti of North America' — where herds of elk and other ungulates roam the sagebrush steppe grasslands, alpine forests, and magnificent high ridges.

But watch out for packs of stranger wolves, who patrol their territories and don't look kindly on intruders. The wilderness brims with other dangers as well — grizzly bears, cougars, and coyotes — who all vie with you for territory and food.

Our science advisors include some of the top wolf biologists in the world today, who help us keep WolfQuest accurate to real wolf biology and behavior.

Play the game alone or with friends

In single-player games, learn how to hunt elk, communicate with other wolves, find a mate in Amethyst Mountain. (Amethyst Mountain is currently available in WolfQuest 3: Anniversary Edition early access and WolfQuest 2.7)

In Slough Creek, establish a den and territory, raise pups, and embark on a perilous journey to a summering site. (Slough Creek is currently only available in WolfQuest 2.7)
In multiplayer games (currently only available in WolfQuest 2.7) , explore the wilderness, hunt elk, and raise pups with your friends! There are two types of multiplayer games:

For $5 more, get the WolfQuest Soundtrack and Music Extras, which include the complete game soundtrack, including 22 new tracks from Anniversary Edition, and a 25-minute video featuring game composer Tim Buzza talking about how he created the signature sound of WolfQuest and many memorable tracks in the game. Or buy it separately for $8. 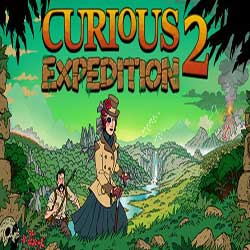 Note: Netbooks with smaller screen dimensions must have the extended desktop enabled to install, and there may be performance problems. WolfQuest does not officially support 'netbook' grade notebook computers due to limited RAM, CPU, and graphics capabilities. 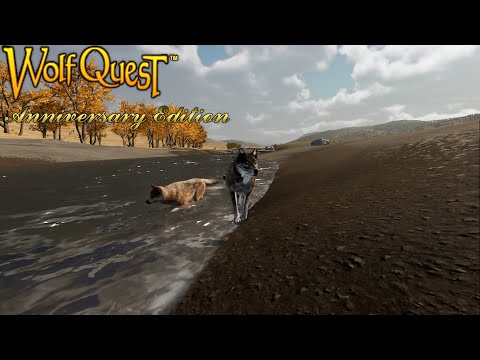 An active broadband Internet connection is required to:

An Internet connection is not required to play in single player mode after the game launcher has downloaded and installed the game.

WolfQuest is also on Steam!

These versions are for Mac and Windows computers only!

Please check the computer requirements above.

The game does not run on ChromeBooks, sorry.

In order to download this game you must purchase it at or above the minimum price of $15 USD. Your purchase comes with a Steam key. You will get access to the following files: