WolfQuest: Anniversary Edition. Understanding the controls and user interface. Updated as we go...

NAME & BIO: Name your wolf and write a biography. This will be displayed in future multiplayer. Note: This is a family-friendly game so there is a word filter and you do need to be appropriate.

PERSONALITY: Your wolf, of course, will behave as you choose. But since your pups' personalities are partially determined by the personality of their parents, you can configure your wolf's personality for that purpose.

Note: The ARROW keys do the same as WASD. WolfQuest: Anniversary Edition has a new control scheme based on popular RPG games. It is different than WolfQuest 2.7 (so it might take some practice).

STALK: Press-hold Ctrl and W at the same time

RIGHT-CLICK to swing the camera around your wolf, to look in other directions.

Use mouse scroll-wheel or trackpad to zoom in and out. 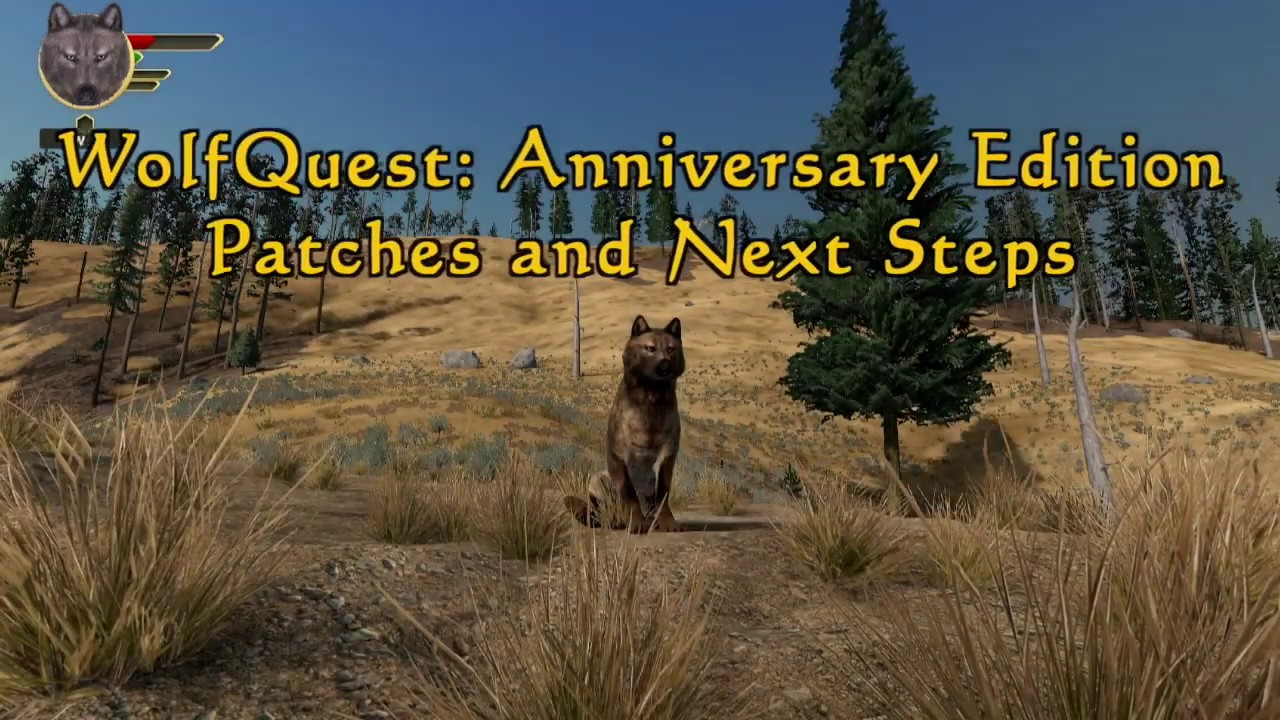 Use camera controls to move around the scene.

Sleeping restores your health (resting does too, but at a slower rate). You must sleep about 16 hours a day to maintain energy (just like a real wolf).

Be careful about where you sleep as you may be vulnerable to attack while snoozing. It is risky to sleep in stranger pack territories.

Time accelerates when you sleep.

Howling can build pack affinity and mark territory (in Slough Creek). Howling in stranger pack territory is dangerous and will attract rival wolves.

You have two howls.

HOWL: Tap H for Howl 1 and double-tap for Howl 2

Use emotes to interact with other wolves and build or discourage interest, or strengthen pack affinity.

Choose emotes for ears, voice, body, and tail. Add your most used emotes to favorites.

To add/remove from favorites: click-hold on the desired emote and after a moment, the add/remove button will appear.

The red BITE icon (jaws) appears when you are close enough to attack an animal.

Press-hold SPACEBAR to attack and bite it, holding on until you release.

Prey animals have more than one bite target (red dots, when targeted). Different bite locations do different amounts of damage and have different levels of risk to you. See Main Quest: Learn to Hunt for biting strategies and hints.

EATING and CARRYING FOOD and DRINKING

EAT: Tap the SPACEBAR when you see the green BITE icon (jaws) that appears when you can eat a carcass.

After a large meal, your energy drops as you digest. That is a good time to sleep and restore health.

Note: Eating no longer restores your health as in WQ 2.7. Health restores automatically and faster when you rest or sleep.

DRINK WATER: Tap the SPACEBAR when you are over water. You may get a small health boost.

Tap V to switch Scent View on or off. Look for scents floating in the air or on the ground. 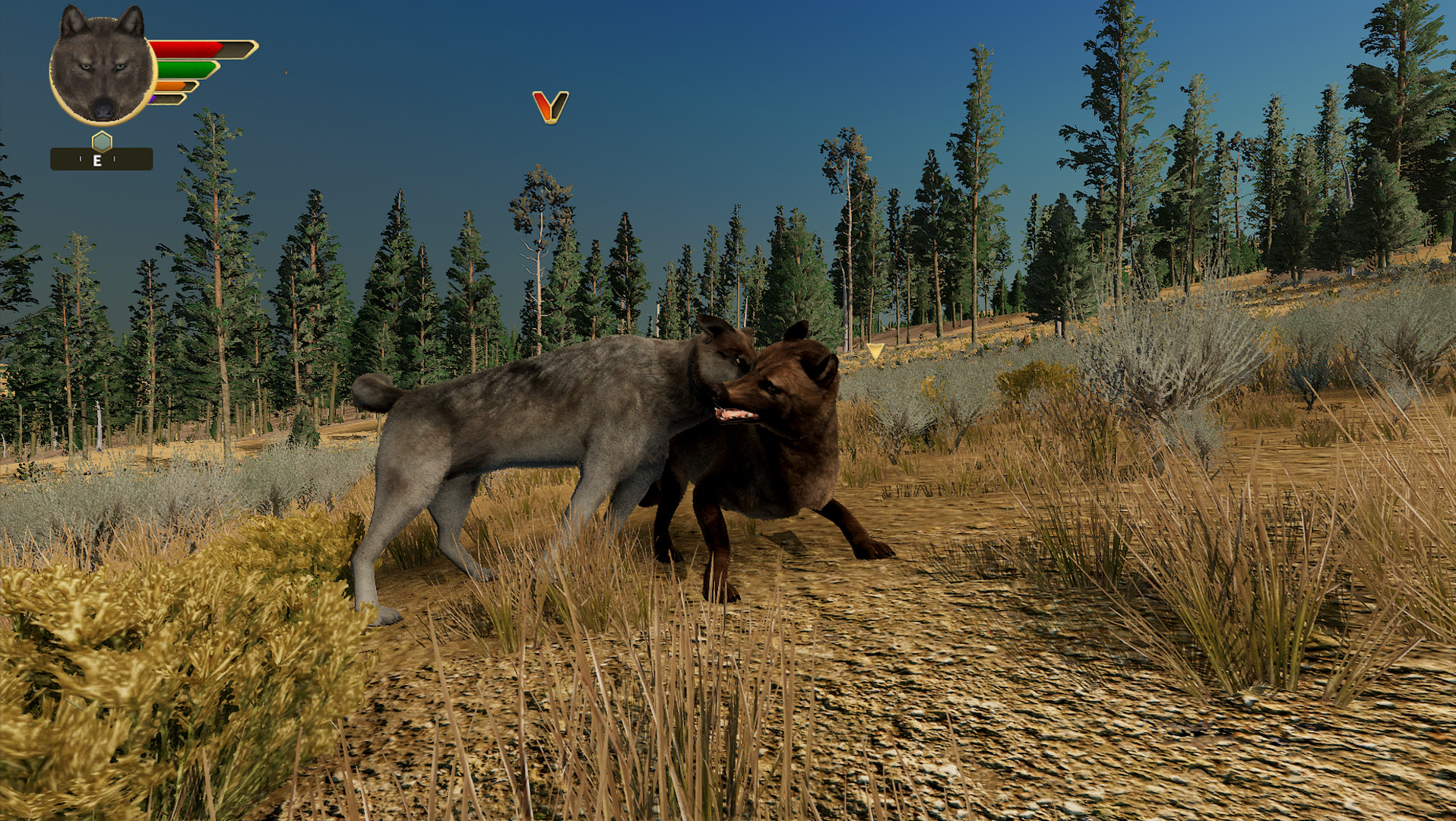 Airborne scents float with the wind so track them upwind (so they float towards you) to find prey animals or dangerous competitors.

Watch the scent meter in the upper right for information about the animal(s) and when the animal passed that way.

Different animals have different colored scents. Male scents might be darker in color than females and young.

Ground scents appear when you get close to other animals. Look for scented footprints that you can follow to their owner.

HINT: Competitor species may pose a threat to you, but following their scent trails can also lead you to a carcass -- if you are willing to fight them for it.

You can play using your Xbox or PS4 controller. Remapping options are in Game Settings: Controls panel.

You can change many of the controls in the game through the Game Settings: Controls: Remap Controls screen.

Click on the control (the yellow button) you wish to change. It will change from the current keybind to 'Listening'.

Press the key or mouse button you would like to change that control to.

Press the Confirm button in the lower right to save your changes. That key or mouse button will now be associated with that action in the game.

The wolf badge in the top left of the game screen provides key information about your wolf and pack.

Health: The redbar. Lose health during attacks,when biting and fighting other animals, and falling.

Energy: The greenbar. Expend energy with action. You will have less energy when digesting a big meal.

Hunger: The orangebar. Wolves can go days without eating, but eventually you must find food.

Health and Energy recharge automatically, and faster when resting and sleeping.

Sleep: The purple bar. Wolves sleep for much of the day, so when this meter is empty, it is time for a nap!

Compass: Shows cardinal directions, as well as custom map markers and sometimes the destination for your current mission.

Territory: The hexagon above the compass shows whose territory you are in. Black (empty) means nobody has claimed this spot (safer for you to be out of rival pack territory). Other colors are keyed to pack territories shown on the World Map.

Mate health: Once you have a mate, the heart on your wolf badge indicates their health level. Mates will usually take care of themselves but they will also sleep when you sleep so you can help them restore.

Mate/pack affinity: The blue bar on the left side of your wolf badge indicates:

Affinity decreases over time and can be restored through social interactions. But your mate won't leave you.

You can also view pack affinity in Pack Stats.

Tap the M key or TAB to open the World Map. Tap again to close it

Use the map to locate yourself in the game world, see the territories of stranger wolf packs, and place markers which will appear on your compass in the game.

Territory: The territory overlay shows the rival packs and how strong their claim is: the darker the color, the stronger the claim (and the more dangerous it is for you to enter). Watch out for stranger wolves patrolling!

You can mark territory (Press P) to reduce the strength of rival pack territory but, as a lone wolf or pair, you can't claim territory of your own in Amethyst Mountain – it is just too crowded. (This is why you will later move to Slough Creek to establish your own territory to raise pups). 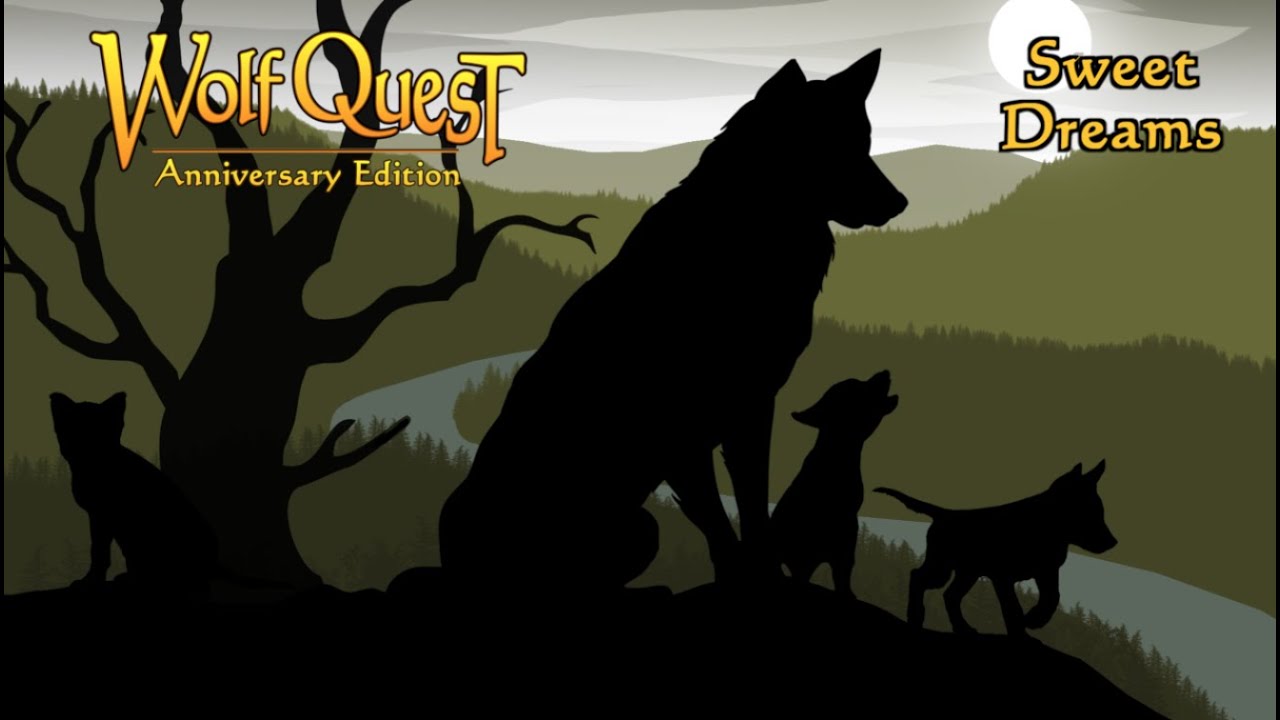 Markers: Place up to six custom markers on the map. These will show up on your compass and help you navigate.

Use the map (Press M or TAB) to see the Quests information. This will indicate what you are supposed to be doing to complete a quest.

Try harassing competitors (growling, snarling, biting) and watch their Flight or Flight meter to see how they respond to your actions. Growling and snarling increase Flight permanently but also gives Fight a temporary boost. So a good strategy is to growl frequently, but not too frequently (you'll want the Fight meter to come back down before you growl again). Fight also slowly increases over time, so waiting too long is not a good idea. Running away reduces Flight - so stand your ground if you want to make good progress. Hold off on attacking if you don't want to take damage - you may be able to chase them away without any violence.